However much the Internet and digital technology have streamlined our work and play, they have also removed a certain joy from the way we communicate. Where once we exchanged treasured photographs with friends and family, along with a brief note on how everything was going, we now share Instagram images of our meals with the frequency and mindfulness we devote to visits to the washroom.

This was something that occurred to Dina Cheng, a graphic design undergrad at Pratt Institute in Brooklyn, when she sat one day contemplating those things in life that made her happy when she was feeling anything but.

“I remembered one summer when I sent a letter to a friend, and she was so appreciative of it that she sent a letter to her friends and it became a big thing for a couple of weeks,” she says. “It was amazing because I received something other than my electric bill in the mail! At that moment, I thought about how unheartwarming photos are when they’re sent to me via the Internet, and how precious a single photo can be, especially when I am homesick.” 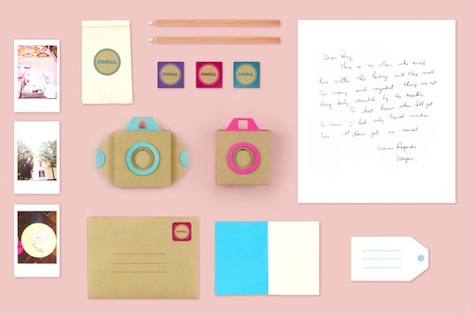 That feeling became the basis for her senior project – Pinpal – a fun, funky stationery set complete with a cardboard pinhole camera. The set consists of:

The cardboard camera comes pre-loaded with a single sheet of Polaroid film. Simply spring the shutter and take your pinhole picture. Slide the picture out of the camera, pop it in the envelope, include your note, and send it off to your Pinpal. Sweet and simple.

A fun design, and dare we say, a marketable one. “When I explained this project to people I did say, ‘I wanted it to be Hallmark-able,'” says Cheng, who admits Pinpal still isn’t quite done yet. “In terms of this being my senior project, it’s close to being done, but in terms of creating this little camera to its full potential, it has a ways to go, I think!”

We can’t wait, Dina. You may be all that stands between us and the total Instagram-ing of the world. 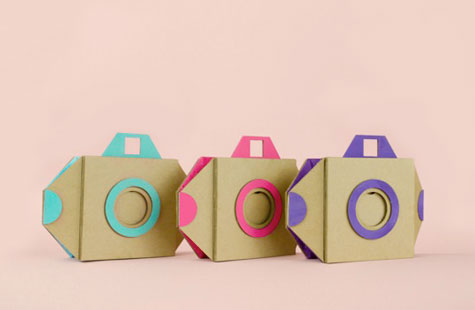 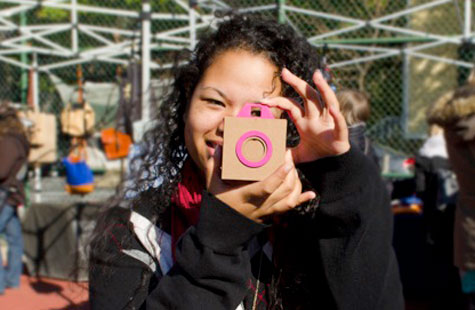