If you were to dream up a patron saint for letterpress experimenters, you could do a lot worse than the Frankenstein monster. What is letterpress printing, after all, but the crafting of amazing creations using the crudest of means? And as you can see with Todd Thyberg’s accordion-folded paean to that famous horror, the two together are greater than the sum of their, er, parts. (Cue fiendish laughter.) 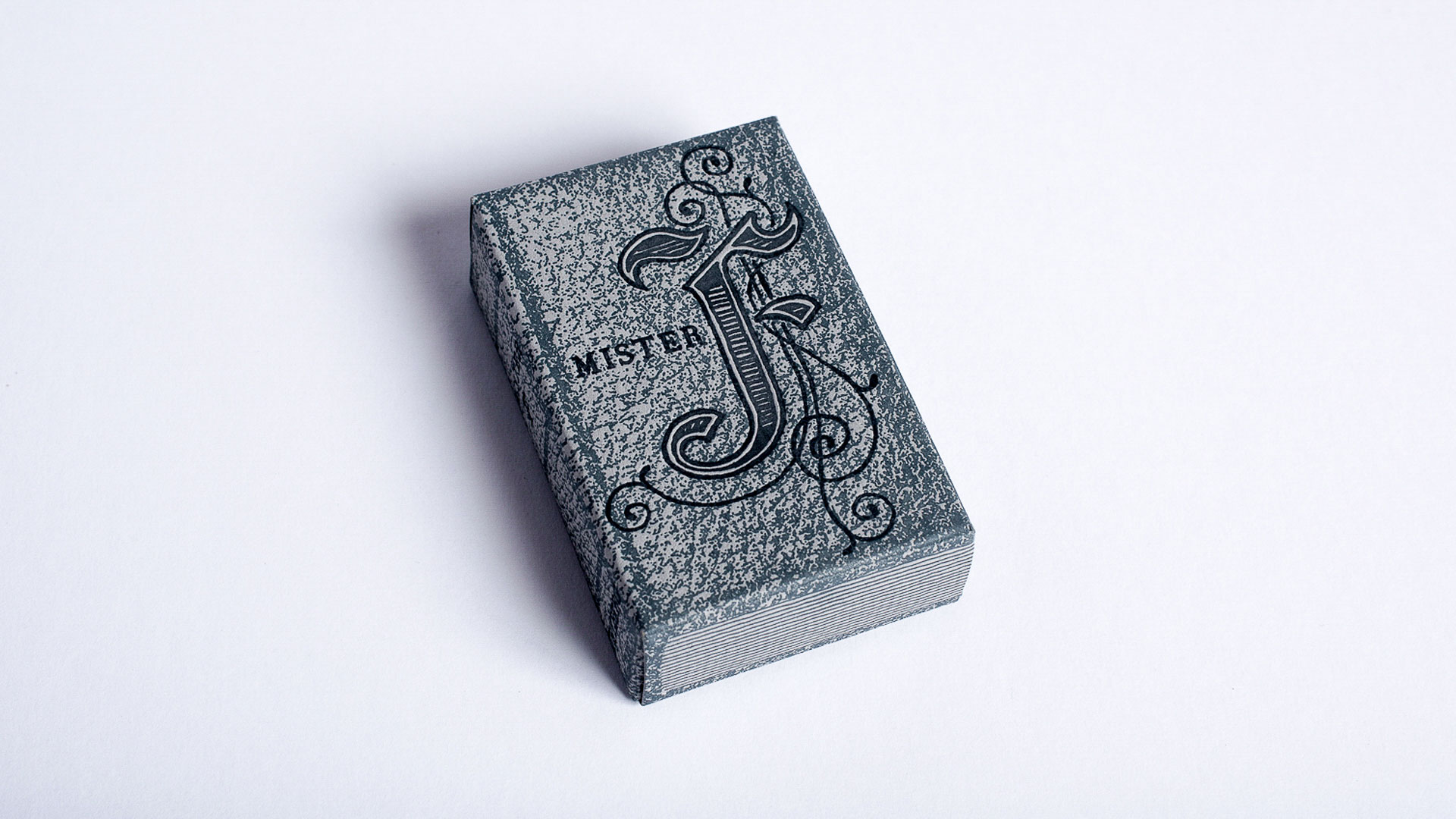 Designed as an entry for the 2016 “It’s Alive” show at the Minnesota Center for Book Arts to celebrate the 200th anniversary of Mary Shelley’s famous novel, “Mister F” features 18 pages of illustrations by Todd and quotes from the book.

“I began by rereading ‘Frankenstein’ and distilling it down into sections: youth, college education, creating the monster, etc.,” says Todd, owner/creative director at graphic design and letterpress studio Angel Bomb in Minneapolis. “I tried to come up with imagery that would illustrate what was happening in the book and collaged them together in a different way than most of my work is done. This was very much illustrated by pen and ink and then brought into the digital realm, keeping the rougher look rather than being slick and clean. I pulled text from the original that correlated with the illustrations and condensed the book into eight spreads. I think it worked out pretty well and my favorite is the last spread with the monster.” 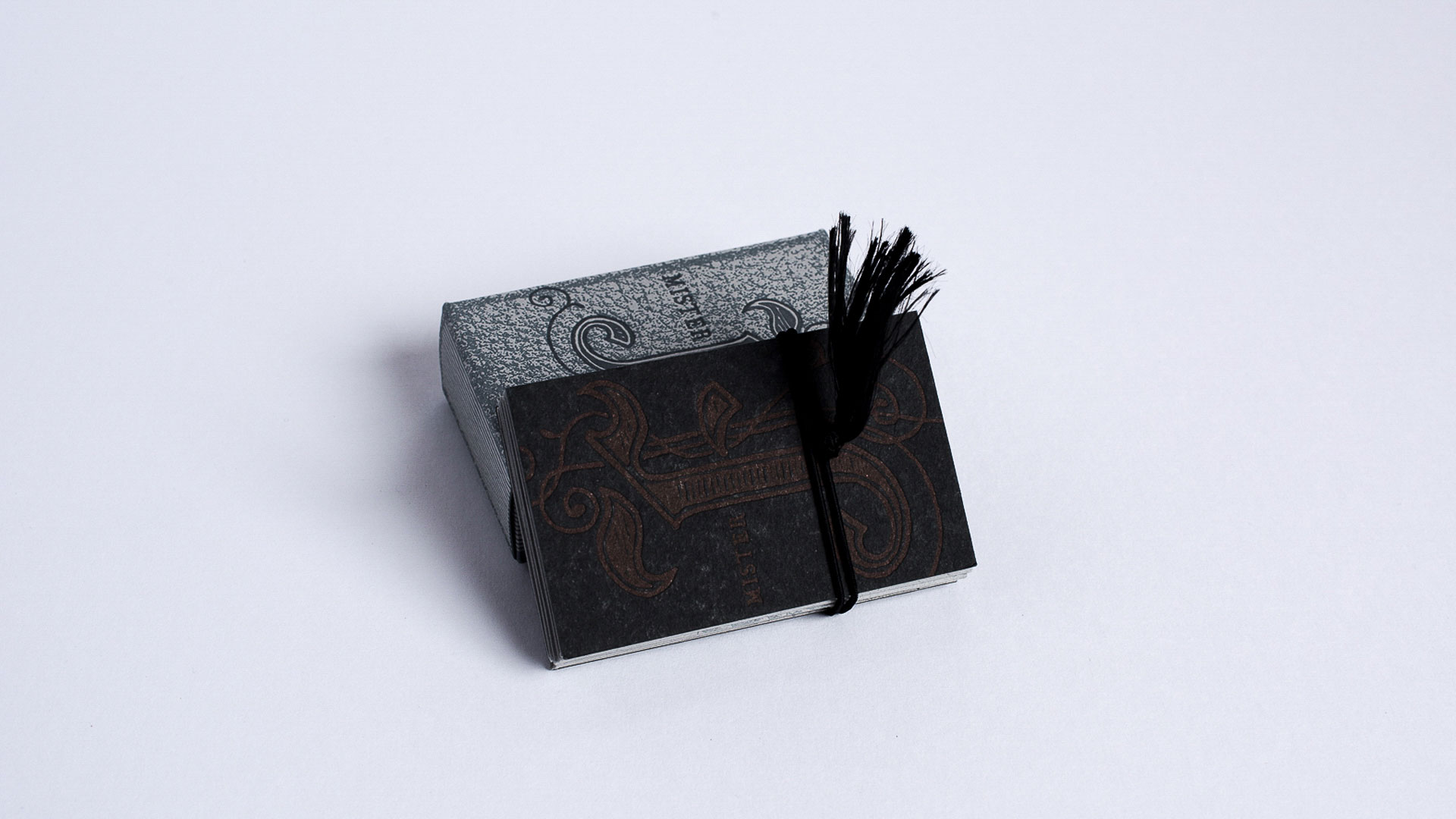 No stranger to pushing the limits of letterpress, Todd first got our attention way back in 2011 with his work “The Airship,” a sci-fi graphic novel printed on an 80-year-old Vandercook 219 letterpress that encouraged readers to use the QR code scanners on their smartphones to read sections of it, similar to the Little Orphan Annie decoder rings back in the day.

“Mister F,” on the other hand, required Todd to eschew modern technology for more old-school arts. “To create the finished book I printed 3 colors on each side of the press sheets, die cut and scored them, and then hand bound them into an accordion book. This required gluing two press sheets together to make the longer accordion, and then gluing the covers onto the ends of the panels.” 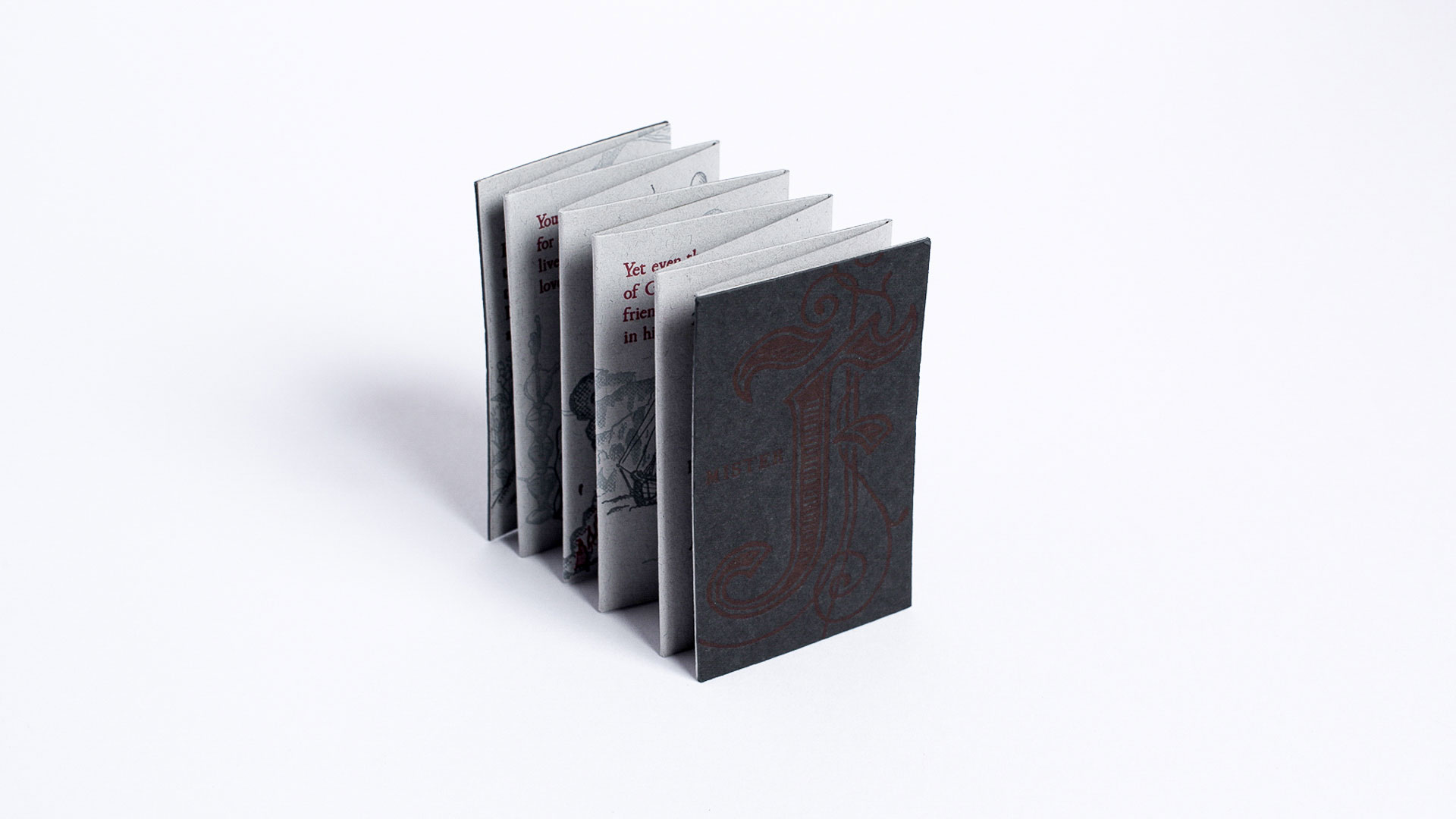 As if that wasn’t enough, he “developed a die line for the box and printed that to resemble a leather-bound book, die cut and scored that, and then inserted the finished book into the box,” he explains. The result is something that would look right at home on Dr. Frankenstein’s shelf.

“This is the third book I’ve made at Angel Bomb and each one has had its own challenges,” the artist observes. “It was easy to print being so small and only took a couple days of actual press time on my Heidelberg Windmill. Figuring out the structure was a little more difficult with all the folds and trying to make sure that everything registered properly. I did figure out a great way in Photoshop to add shading with a halftone brush that I’m really pleased with. As a printer, I concern myself with how something is going to be produced and how that will look before I begin the creative process, so it does restrict my creativity some, but this way, I feel, there are no surprises on press.”

The same could not be said for the “It’s Alive” show. In the spirit of presentation being everything, he customized an old cigarette vending machine with his own illustrations for the event.

“The illustrations on the vending machine come from the book and, with a little repositioning, were able to be printed on vinyl and applied to the machine. People really liked the idea and lots of folks hadn’t seen one of these machines in decades. It’s also a fun interactive activity to pull the knob and have a book drop down the chute for you,” he says. “The vending machine now sits in my studio.” 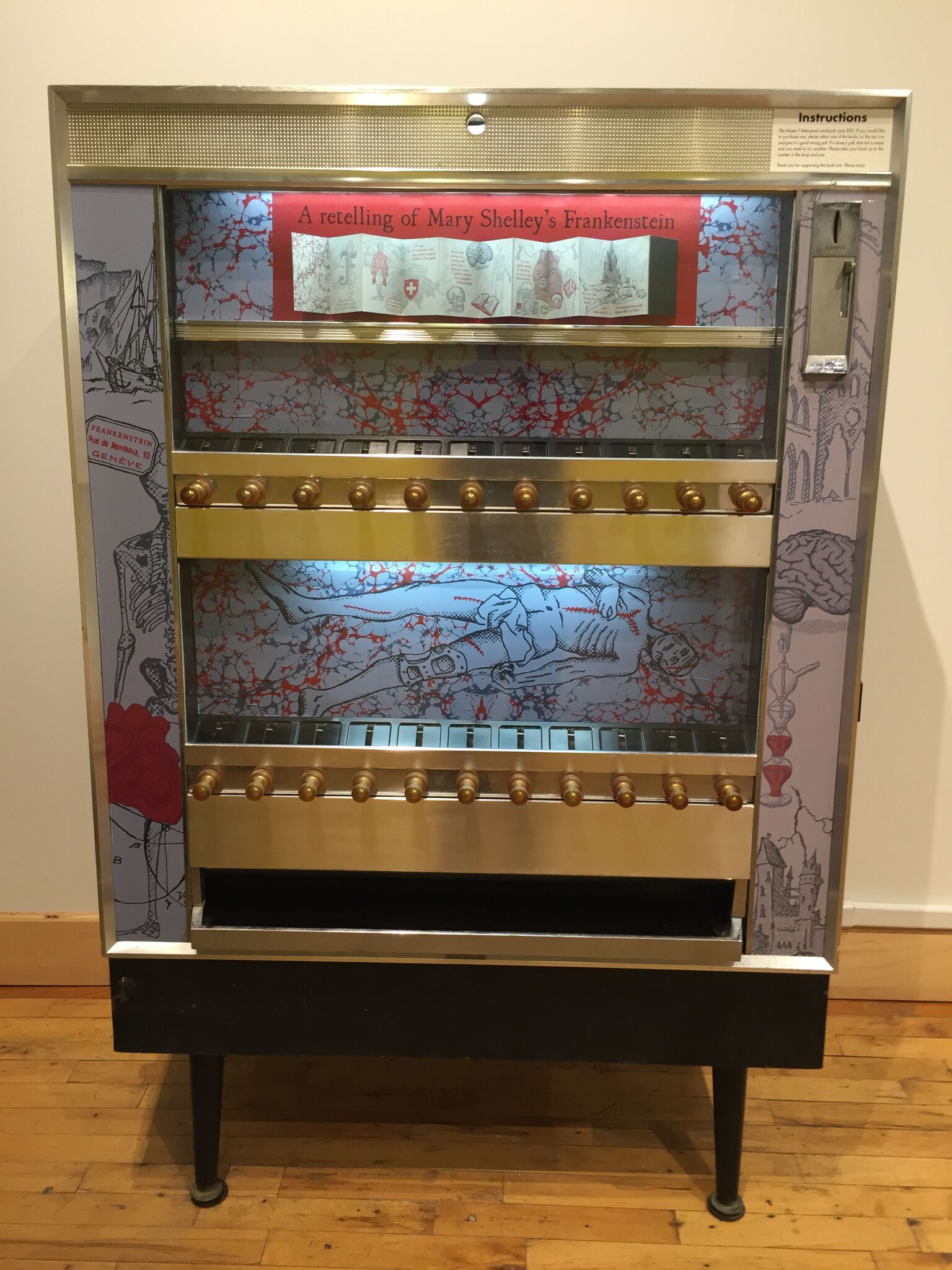 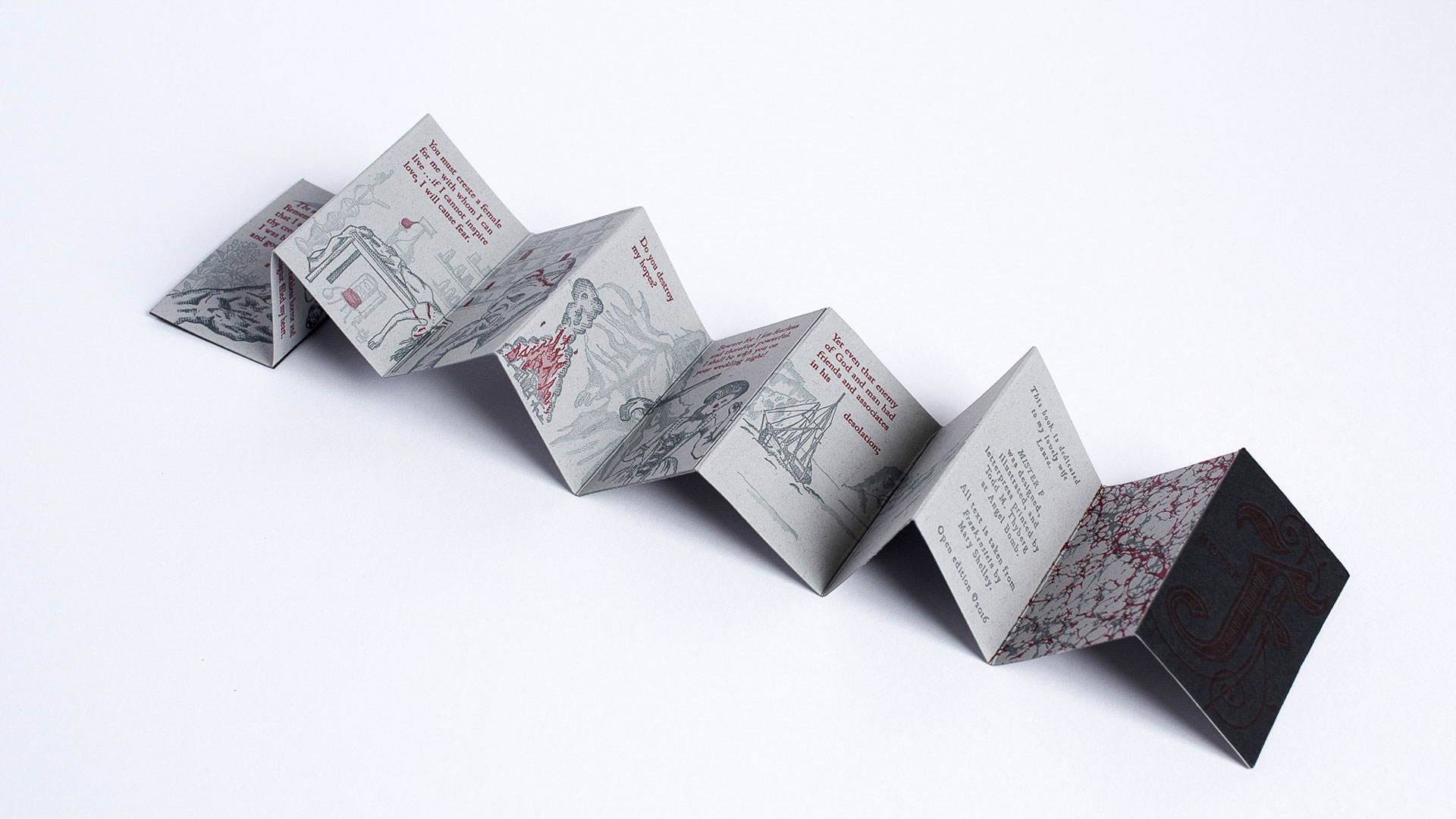 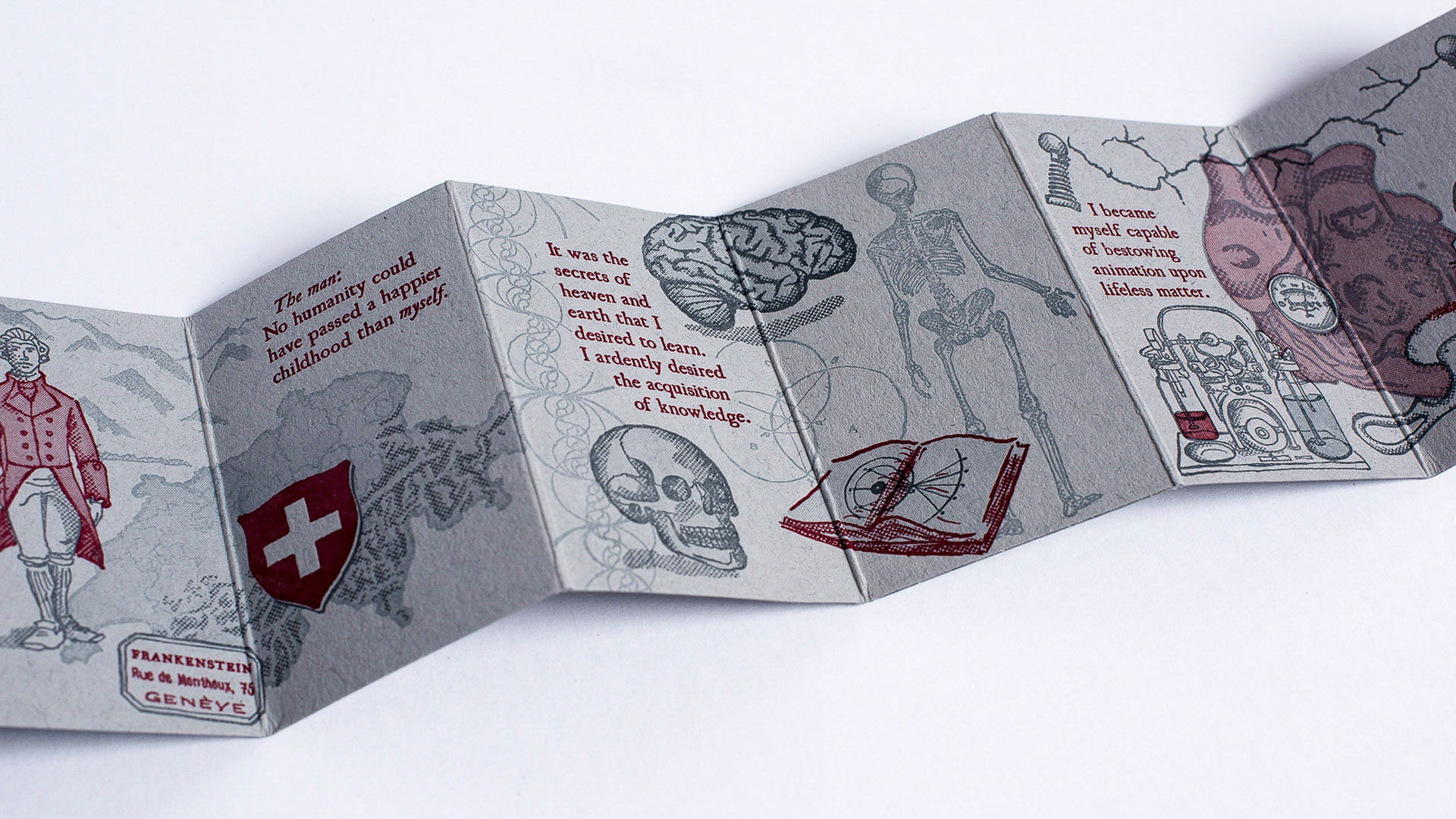 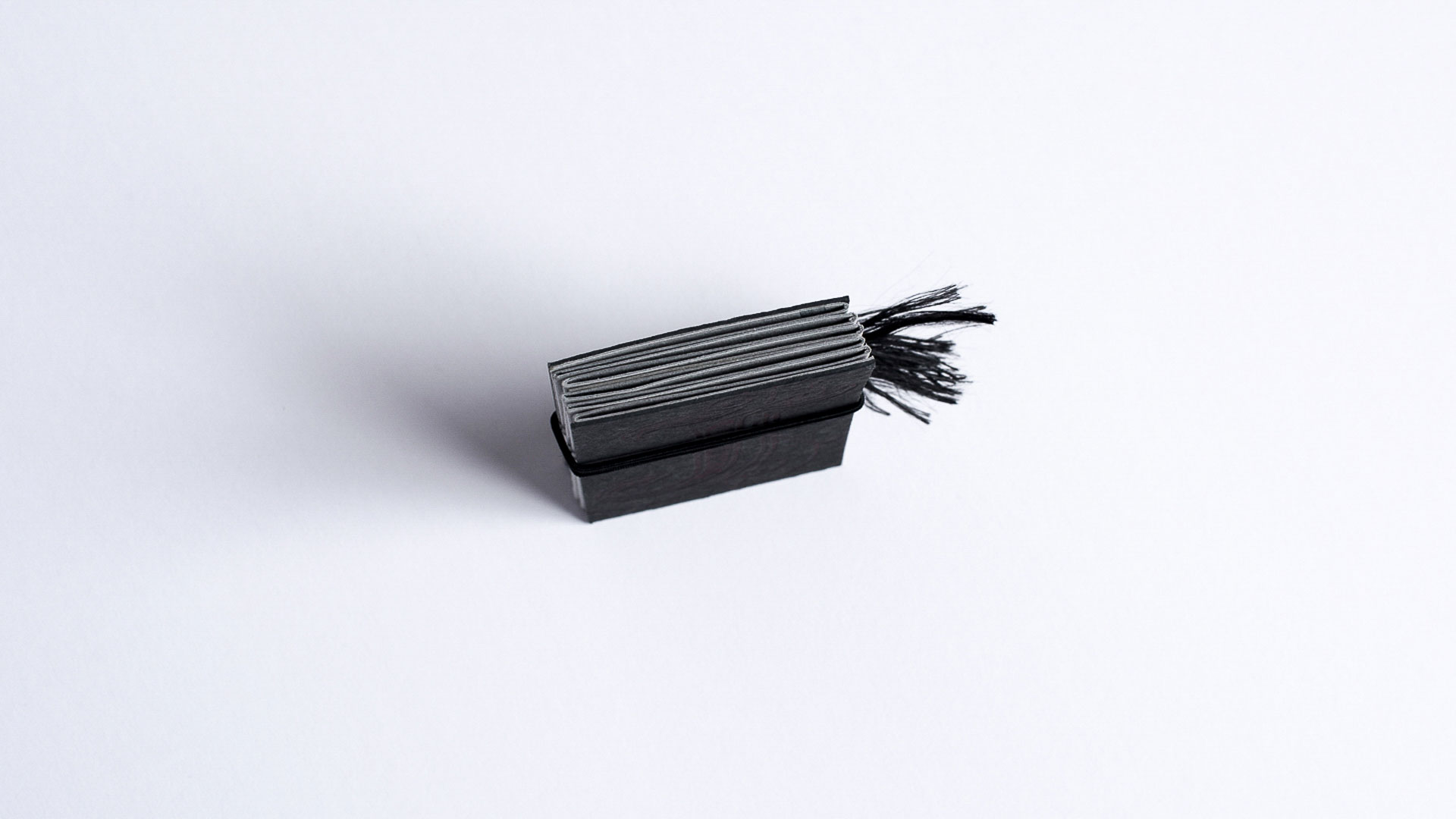