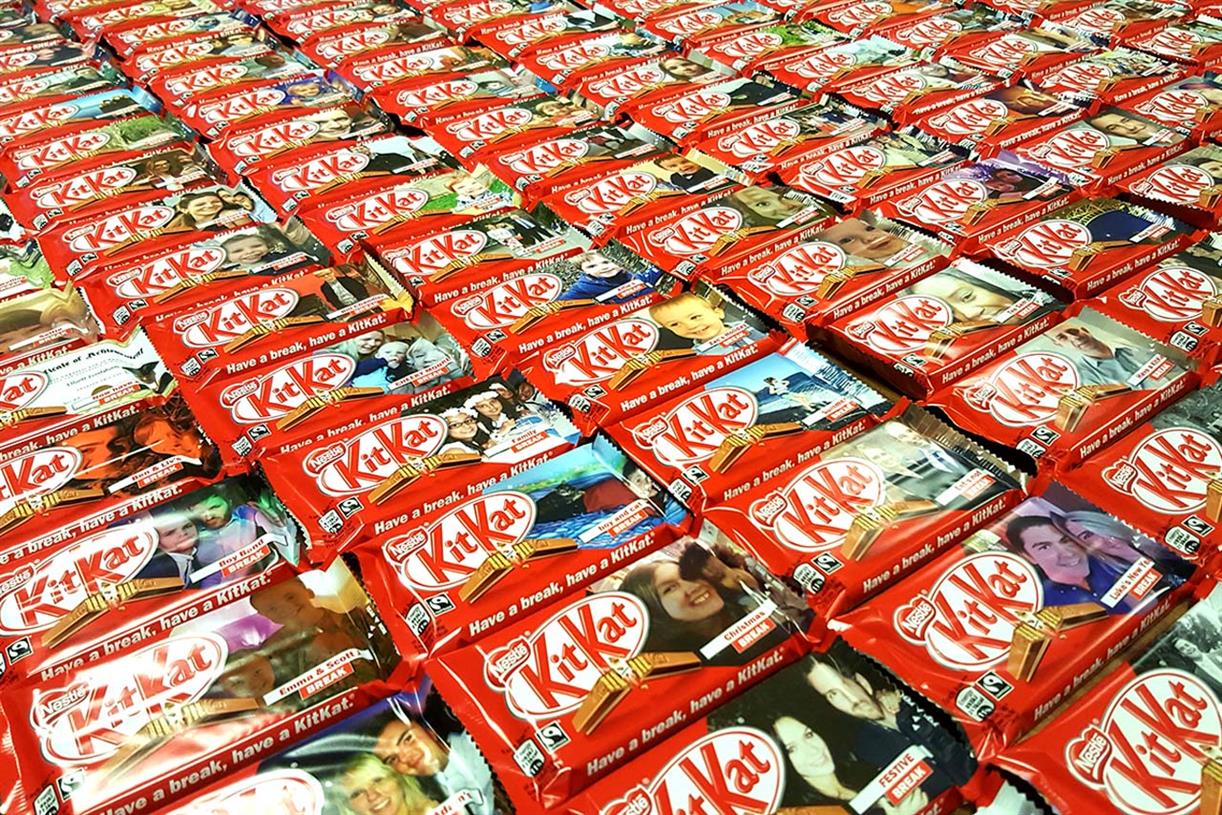 Think of it as a chocolate selfie. “It” being the Kit Kat wrapper that lucky chocolate lovers in the United Kingdom had the opportunity to customize with their very own photos earlier this year – make that 56,000 chocolate lovers! This was brought about by the miraculous pairing of HP Indigo Digital Presses and printer Ultimate Digital’s Smartflow web-to-print system.

In February, Nestlé kicked off a £1 million marketing campaign in the UK that saw the printing of a unique 12-digit number inside specially marked Kit Kat packages. Consumers were then encouraged to go to a special website and enter their code there to see if they were a winner. If so, they were prompted to upload a picture to the site. After Nestlé collected the images, rejecting any deemed inappropriate (this is the Internet, after all), the photos were then sent to printing firm Ultimate Digital, which added a tracking code to identify not only each image, but also the address to which each personalized Kit Kat needed to be sent. 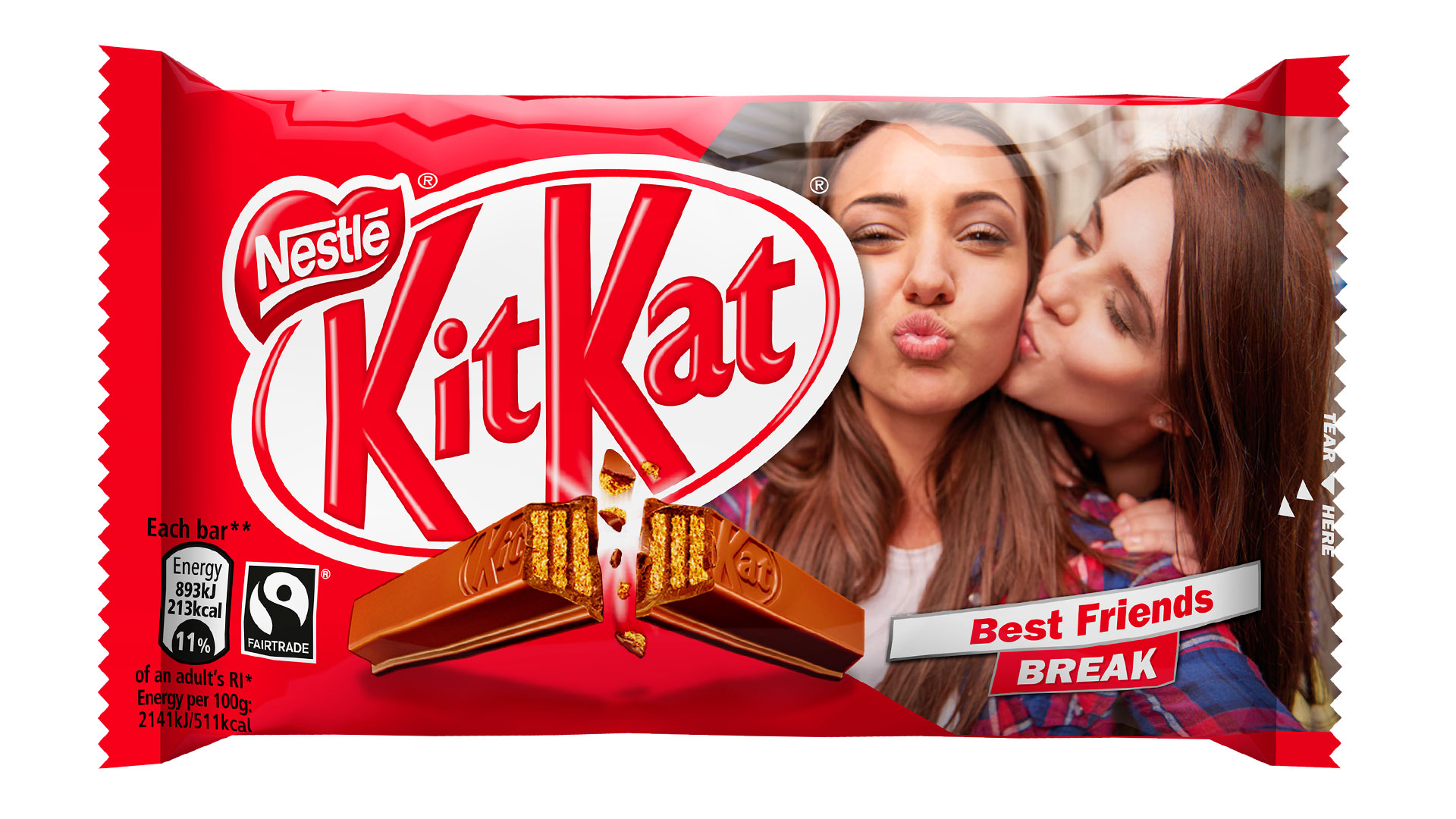 Every week about 7,000 packs were processed by Ultimate Digital using its own Smartflow web-to-print system to print each photo 4-color process + white on a single Kit Kat wrapper using either its HP Indigo 20000 or HP Indigo WS6600 roll-fed digital presses. Each one-of-a-kind wrapper included both a unique barcode and an identification number generated by Smartflow.

Wrappers were then sent to Nestlé for insertion of the confections. Once filled, the finished packages were returned to Ultimate Digital where they were scanned to ensure each bar was going to the correct address, placed in a handsome gift box, and then collected by Great Britain’s Royal Mail for delivery.

The hope was that recipients would end up sharing their special Kit Kat wrappers on social media, which they did in droves. The result was a steady stream of Kit Kat wrappers in people’s Twitter and Facebook feeds emblazoned with photos of smiling people – kind of like those insanely happy photos your online friends like to post of their nights out on the town, only way more believable. After all, everyone knows that chocolate is an integral ingredient to happiness…

Want to discover for yourself how this revolutionary technology can help YOU make one-of-a-kind creations that get noticed? Check out hp.com/go/graphic-arts right now. 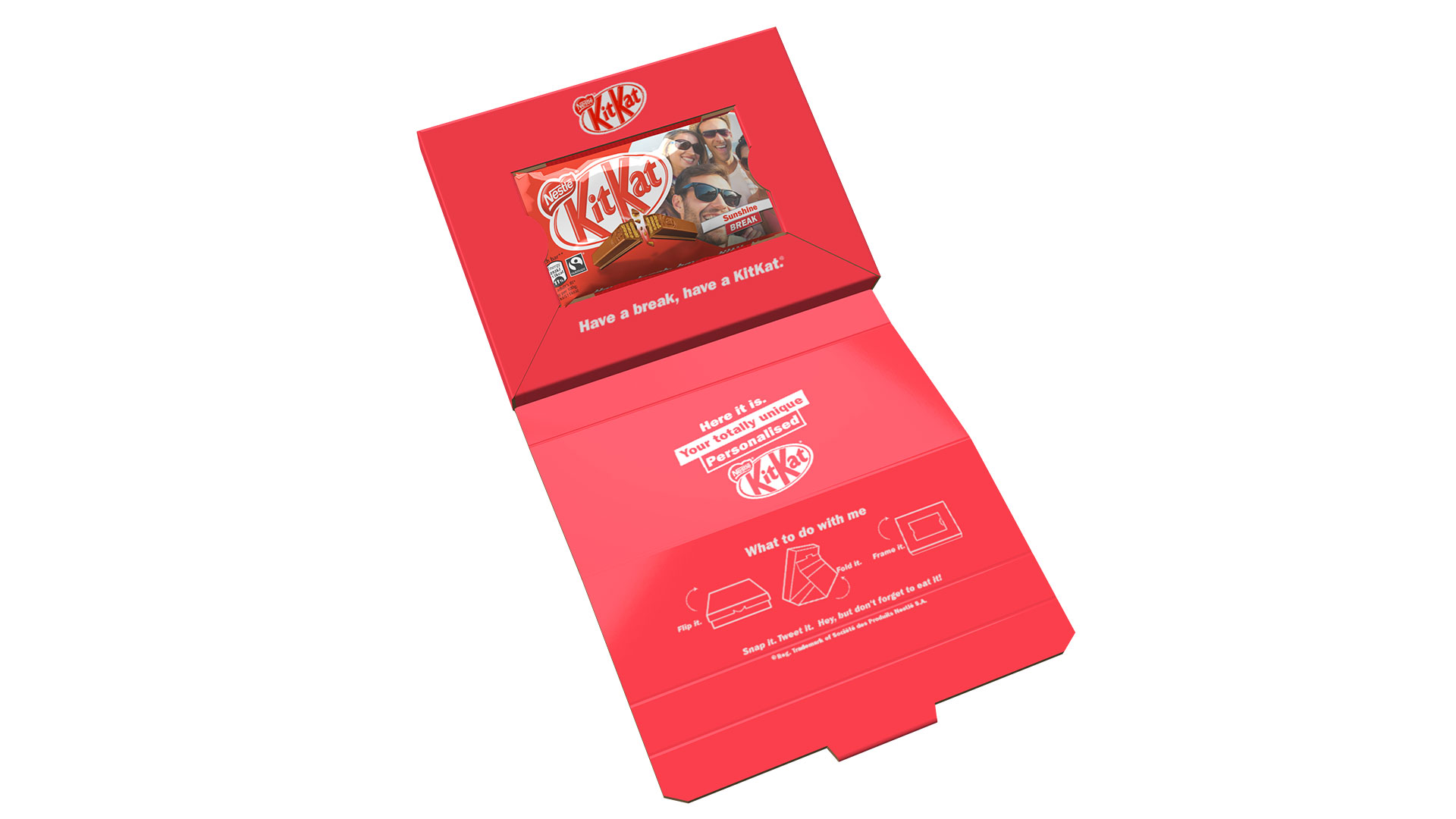