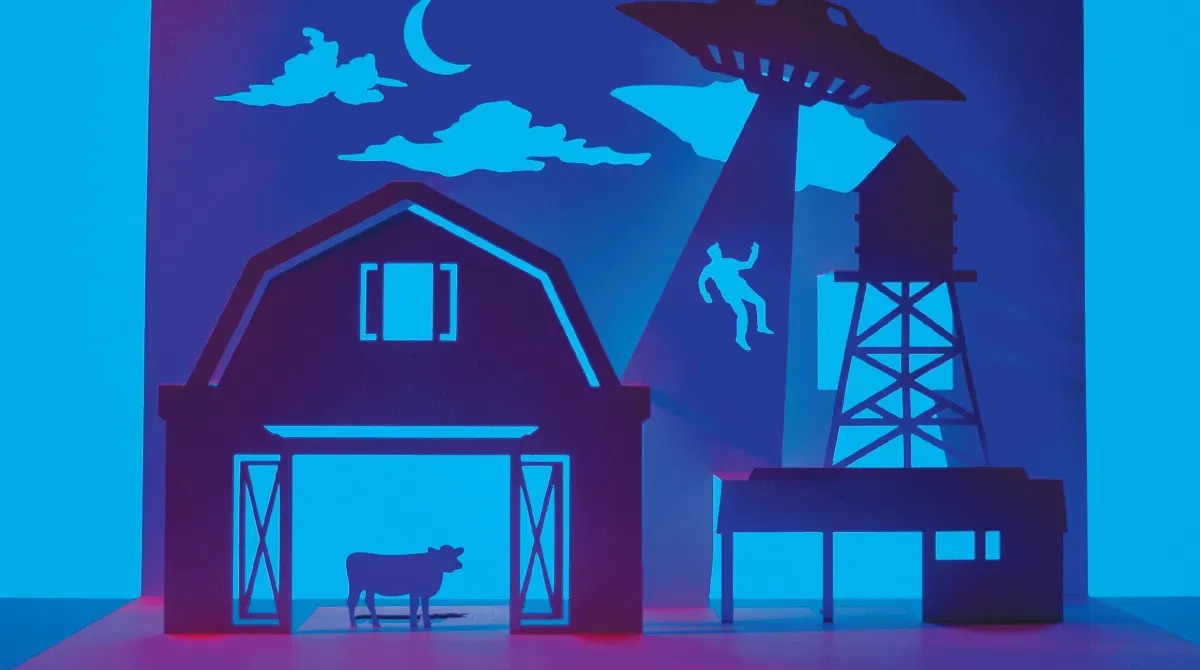 At this time of year, while we prepare for ghosts, ghouls and horrible horror flicks, London artist Marc Hagan-Guirey turns to the phantasmagorical power of paper.

After using the ancient Japanese paper art of kirigami to create a replica of Ennis House (the place used for the mansion in the original “House on Haunted Hill”) for a friend who had arranged for him to tour the Frank Lloyd Wright creation, Hagan-Guirey decided to continue honing his technique.

A lifelong fan of horror movies, he recreated the eccentric home of “The Addams Family,” and set out to indulge his twin passions from there. Just two weeks after quitting his job as a digital design director (!) to make more paper “Horrorgami” pieces, he earned a show at London’s Gallery One-and-a-Half.

To date, he’s brought to life three more iconic horror settings – The Overlook hotel from Stanley Kubrick’s “The Shining,” “The Amityville Horror” house (above) and the MacNeil residence from “The Exorcist.” This latter features the famous silhouette in the foreground (below) – his first human figure in the series. Still to come: “Psycho,” “Rosemary’s Baby” and “The Munsters” among others.

To give his works their haunted effect, the artist uses light boxes.

Says Hagan-Guirey, “In daylight they are at their most innocent. You can see exactly how the piece has been engineered and crafted, but at night when backlit, the model takes on a new character. Theatrical silhouettes bring the kirigami to life and the imagination takes over, filling in the blanks and embellishing the model with details remembered from the film.”