PR-nightmare-in-a-box Wal-Mart has managed to tick off yet another demographic recently – this time street artists. Not content to force welfare programs to support the workers it severely underpays, the company now has sold prints of several street murals by artists Banksy, Eddie Colla and Thierry Guetta via its online Wal-Mart Marketplace.

Despite the subsequent backlash from the street art community, it may be that Wal-Mart is not completely to blame. Judging by a screenshot making the rounds, it appears that a third-party reseller, Plumstruck, was selling the prints through Wal-Mart’s site. The offending prints have since been taken down. 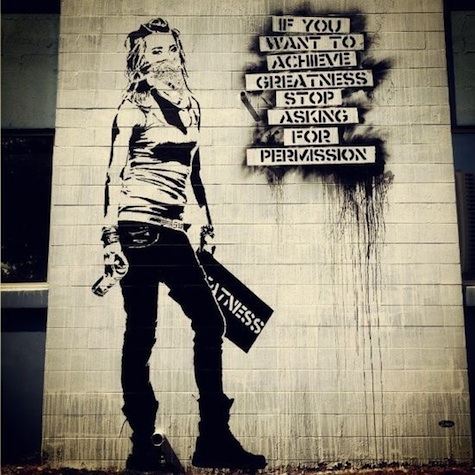 A brassed off Colla, for his part, immediately launched a line of limited edition prints called “It’s Only Stealing if You Get Caught”. The print sold out immediately, with proceeds going toward the artist’s forthcoming legal action against the big-box store. For the record, the print was: 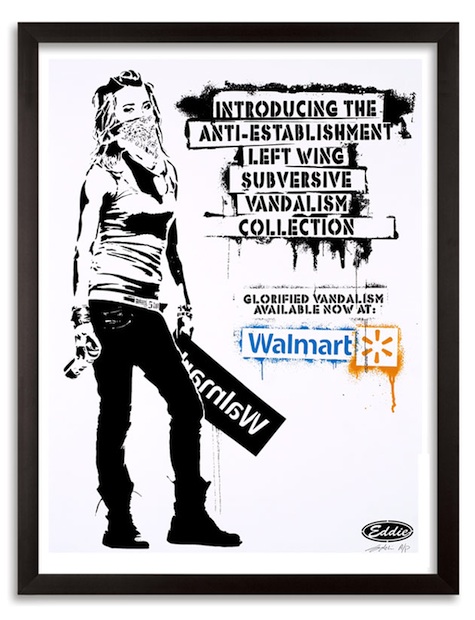