Make Mine a Stoutnik, Barkeep

Prior to PaperSpecs’ recent free webinar about wine and spirit labels, we must admit that we’d never really looked to that world for paper inspiration. Since then, however, we’ve done exactly that, and have been floored by what we’ve seen. One of the best so far: two designs from Canadian firm Hired Guns Creative.

In April, they won a design award for Stoutnik, Longwood Brewery’s Russian stout beer. The design: A matte black bottle covered by an embossed black label featuring the beer’s name in a Soviet-style prismatic foil font, complete with “Sputnik-like” satellite. And if you look closely, the embossing on the label is actually a story about the beer written in Morse code. (More on this in the PaperSpecs Gallery.) 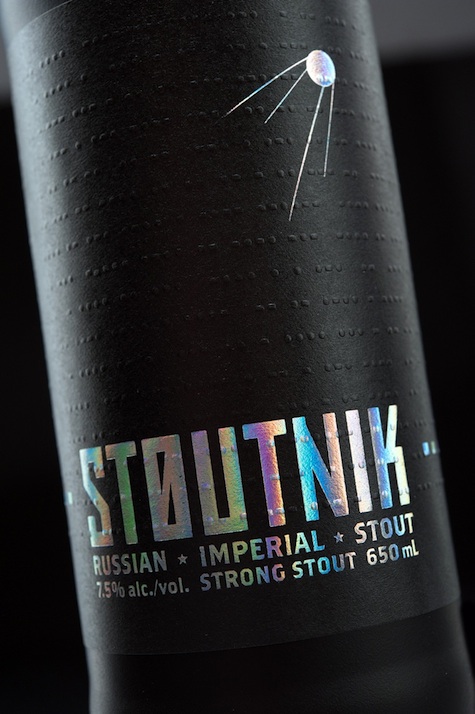 Another bit-o-hooch hitting shelves soon is Coven, according to Canada.com, which describes the packaging this way. On the surface, it’s a “minimalistic white bottle and label, with embossed red metallic lettering. However when the lights go out, spirits emerge in the form of glow-in-the-dark comic book style images of ghouls and seductive witches.” (More on this in the PaperSpecs Gallery.) 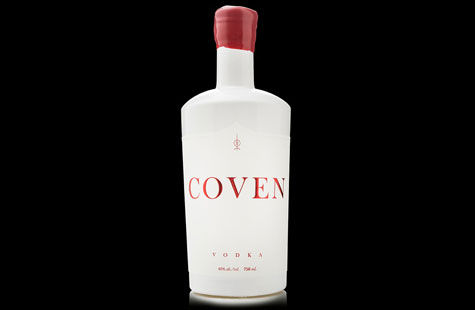 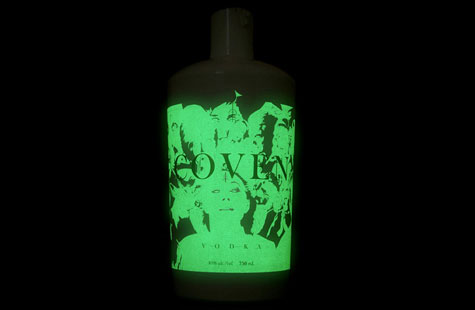