However much designers get into the business to flex their creative muscles and as a guilt-free way to indulge their paper fetish (“what, I’m working!”), many also hope to create something that will live on after they’ve gone to that great Creative Suite in the sky.

San Francisco graphic designer and marketing pro Michael Cronan was able to count himself among those who actually accomplished that before he lost his five-year battle with colon cancer on Jan. 1st. He was 61.

With Karin Hibma, his wife of more than 30 years, Cronan dreamt up the names and branding collateral for the products of more than 100 companies, from Barnes & Noble and Estee Lauder to Apple. He also designed the NATO 50th anniversary stamp for the U.S. Postal Service. But of all his work, one product more than any other is probably lurking somewhere in your home: the TiVo logo. 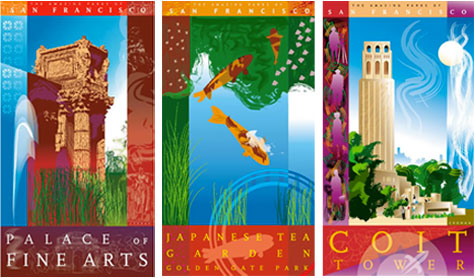 In 1997, when Teleworld came to him to design a name and identity for its digital video recorder, Cronan wanted to come up with a brand as recognizable as the Mickey Mouse ears. The resulting rabbit-eared smiley (with feet inspired by the “Evolved”-Jesus-fish-with-legs badge he’d seen on a car bumper one day) grins in front of about 2 million viewers in the U.S. every day, according to a recent SEC filing.