When it comes to résumés, designers probably have it the hardest – you’re a pro, you should be able to demonstrate that on the page – no pressure, mind you. When a design studio told him they’d keep his particulars on file, Norwegian designer Vidar Olufsen was inspired to create a résumé no potential employer will forget.

The official-looking band that keeps this folder closed declares “Report: A broken seal imposes liability on the breaker for the paperwork enclosed” (or so Google Translate would lead us to believe). So far, so good.

Once it’s opened, we find several print pieces on a variety of paper stocks, all equally official looking. Some appear to be printed on a kraft-like sheet, others are lighter sheets that put one in mind of government and hospital records from the ’30s and ’40s. (Though how we would know this, we’re not really sure.) 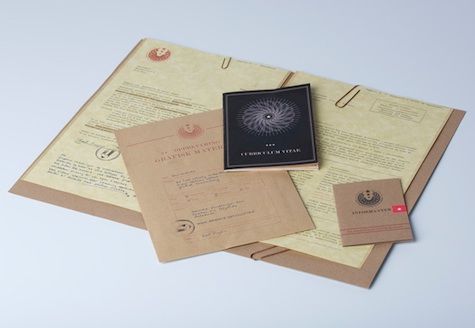 If there’s a piece de resistance, it’s probably the designer’s curriculum vitae, printed in the form of a very official-looking passport. Everything a potential employer would want to know is there: past work experience, skill set, and a passport-like title page with name (printed and signed), contact info, fingerprint, and a pretty funny photo of the creator, complete with official stamp. An envelope containing several printed samples of his work seal the deal.

We could easily spend half an hour poring over the various items in this package – we can’t imagine a potential employer doing anything less. 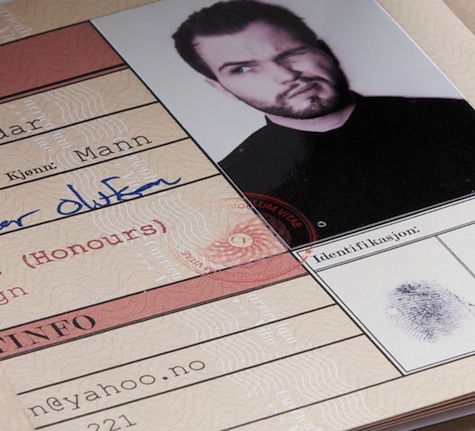 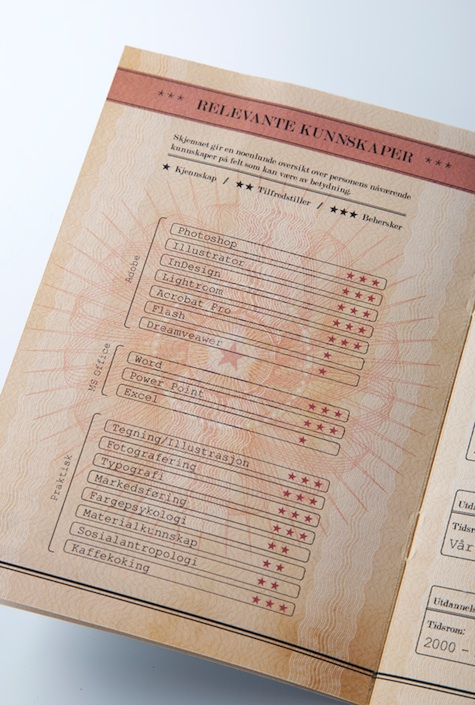 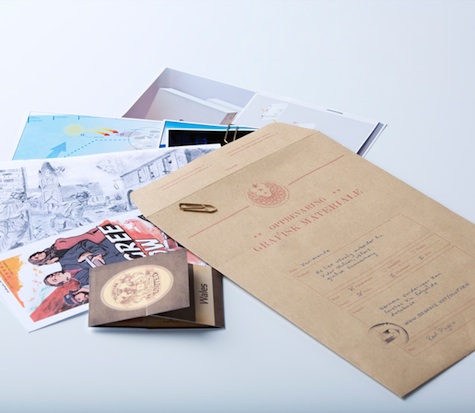