They might well be the last minority to receive their own magazine, and one of the last to be exploited and ridiculed with impunity. They are the interns, those (usually young) people frequently conned into working for free. That is until a June decision in a Manhattan court ruled that unpaid internships that don’t demonstrate a clear educational benefit to the intern are illegal.

Across the pond, unpaid interns in the UK who work in the media are launching their own bi-annual magazine called, well, Intern. There is a certain craftiness to the publication as it highlights the professional-quality work of interns between its covers, while challenging the notion that it’s OK to pay these people nothing for their services.

While the overall design is not going to be everyone’s cup of tea, the prototype editions produced for Intern’s (successfully funded) Kickstarter campaign are much more polished than one might expect. And as FastCoDesign.com points out, “no talent went unpaid in the making of this magazine.” 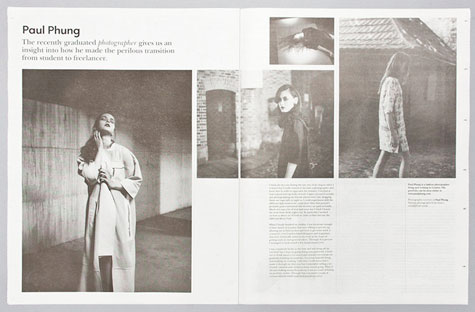 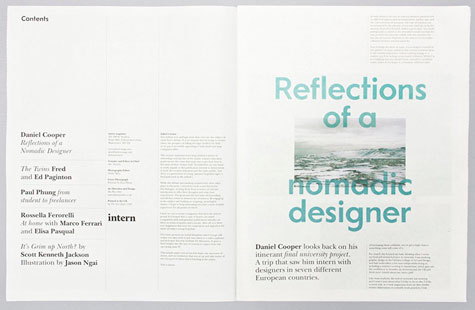