The first  cool design we flipped for this week isn’t even for paper, but hang it all it stopped us dead in our tracks: the first beer in Narragansett’s H.P. Lovecraft series: Honey Ale. We cut our fangs on the eldritch tales of that New England writer, and this brewery’s eye-catching design has done him proud. The lantern-jawed scribe stands before a matrix of honeycombs as a bee crawls over his eye – just a snazzy piece of work. 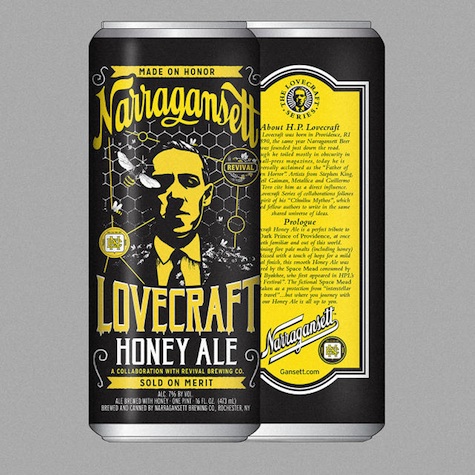 Cosmopolitan (UK)’s Shocking February Cover Design
Perhaps Cosmo’s British equivalent is a tad more pensive than its American cousin. The February issue’s design uses the age-old practice of bagging magazines to horrifying effect, depicting a woman beneath the bag being smothered. The cover line? “Shafilea Ahmed was suffocated by her parents in front of her siblings” – referencing a real-life “honor killing” of a 17-year-old Pakistani girl. It’s an image you won’t forget in a hurry. 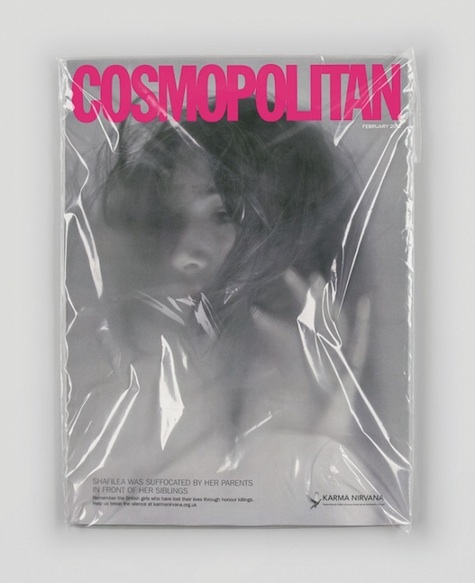 Album Cover DJ Turntable
A funky blend of old-school vinyl sleeve design and 21st century app mania, the inside cover of DJ QBert’s Extraterrestria album features paper deck controls. Download the appropriate app and you can mix and fade songs, perform some cool DJ “scratches”….why do we suddenly sound like we’re middle-age types trying to be “down with the kids.” Uggh, the realizations that hit you on a Friday afternoon…