Every day we are fortunate enough to see print work that inspires, cajoles, pushes the boundaries, and makes us think. Yet rarely do we look upon a work that seems like it is history in the making. Rarer still are we at a loss as to how we feel about it. This week’s unveiling of the new issue of German men’s magazine Vangardist hit us right between the eyes and we’re still wondering what it all means.

In short, advertising agency Saatchi & Saatchi Switzerland convinced the magazine to print 3,000 copies of its latest issue using ink infused with HIV+ blood. Ostensibly a way to promote the annual Life Ball – a huge HIV-related charity event that takes place in Vangardist’s hometown of Vienna – the move naturally raised a lot of eyebrows, and a fair amount of blood pressure readings. 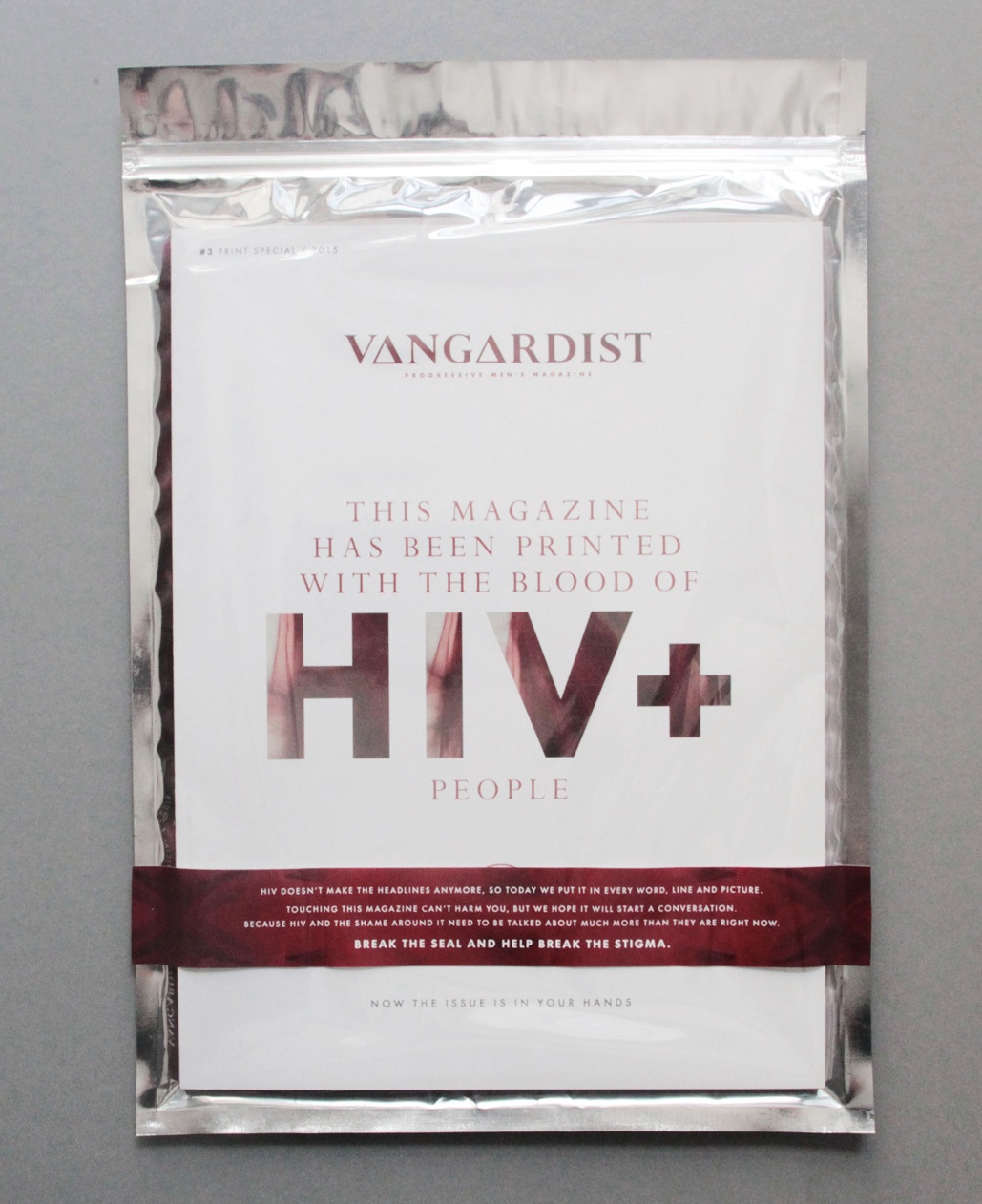 The production process alone was amazing. Three HIV+ people donated blood for the project, which was then pasteurized to ensure the virus was dead, even though it dies naturally once it’s outside its host for about 30 minutes. The blood was then mixed with ink at a ratio of 28 parts ink to 1 part blood. 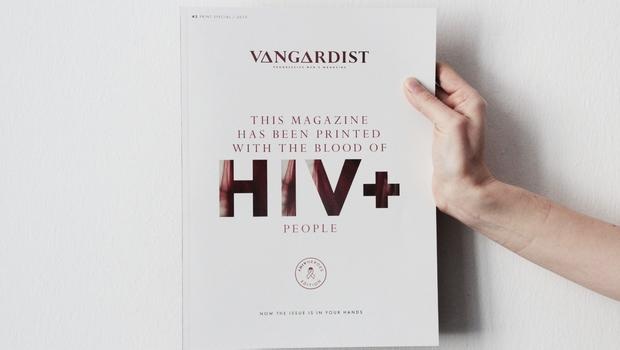 As you might expect, the magazine ran into trouble trying to find a printer willing to produce this piece, finally turning to the small print shop that produced its very first issue. The shop’s owner printed it himself rather than require his employees to take part. Doctors at Harvard and Innsbruck Universities certified before and after the print process that the issue was 100% safe.

The resulting piece – which comes sealed in a plastic pouch so that people have to “opt in” to the experience – is a remarkable demonstration of what can be done with print. 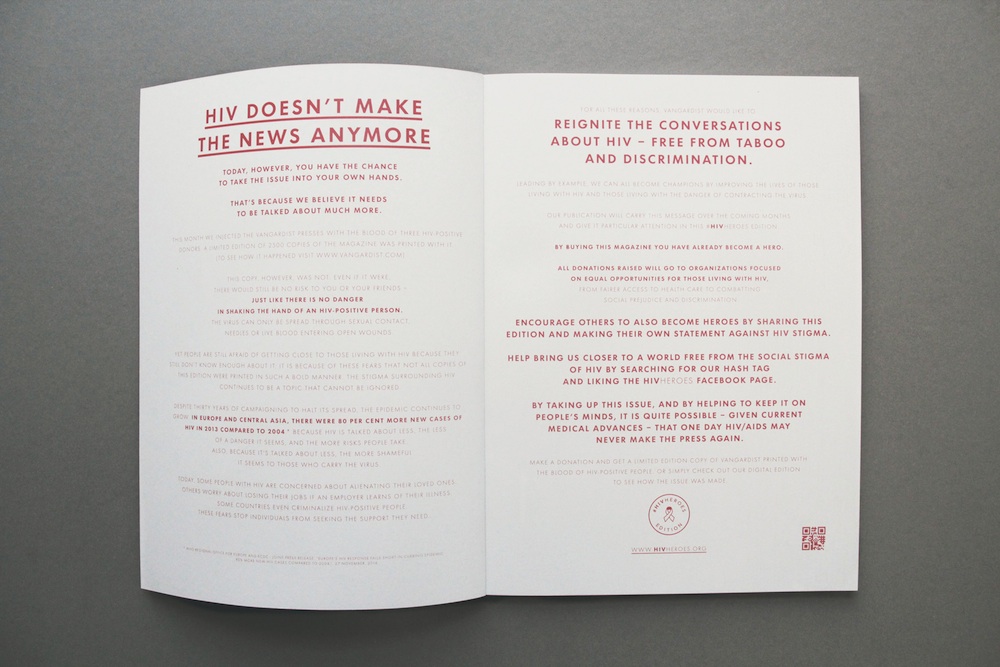 Yet those who can remember the panic when HIV/AIDS first hit the media can understand the reluctance many have shown toward interacting with this issue, no matter how many academics claim that it’s safe. Two comments from the CBS News website are representative of mainstream response:

Even if the HIV is inert as they say, I was taught not to handle blood products and to treat them with the same protocol as medical waste..

I wouldn’t touch that if it were printed with the blood of anybody.  The idea of using any blood is disgusting. Teaching readers to not fear HIV transmission is the absolute wrong message. Apparently both ignorance and awareness are not mutually exclusive.

Another helpfully pointed out that if the virus is indeed dead in the blood, that blood is no longer HIV+, and hence irrelevant.

If nothing else, this experiment emphasizes the true power of print to affect people on a profound level. It’s hard to see how the digital experience could ever hope to duplicate the intimacy one experiences reading the printed page. Nor indeed how it could, like paper, make you feel closer to people who, but for the luck of the draw, had their HIV awareness raised utterly and catastrophically against their will.