Before television cameras were allowed into many trials in the early ’90s, we relied on a far more traditional medium for our images of those proceedings: the courtroom sketch. Now, an amateur courtroom sketch artist is bringing us the action from, and a better understanding of, one of the biggest trials of our young century.

With cameras banned from the court martial of U.S. soldier Bradley Manning for his passing of classified material to WikiLeaks, activist Clark Stoeckley is covering each day of the trial in comic book form. The entire output will be published in October by indie New York press OR Books as a graphic novel: “The United States vs. PFC Bradley Manning: A Graphic Account from Inside the Courtroom.” 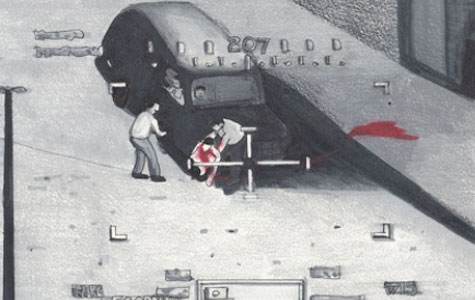 Not just content with depicting the judge, attorneys and Manning going through daily court business, Stoeckley also illustrates many of the happenings covered in the leaked documents themselves, supplemented by transcripts from the actual trial. 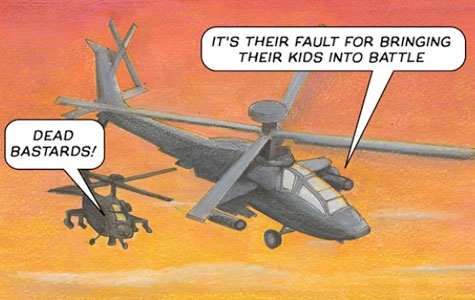 Devoid of video to show, the television news has all but ignored the proceedings, making the artist’s work the most accessible record of a landmark trial that will be discussed for years to come.