“If I feel like I’m in my comfort zone, then I know I’m not working hard enough.”

How did you get started in this business?
I really wanted to work in graphic design. I wanted to be involved with what I thought would be the editing of the school newspaper where I went to school at State University New York (SUNY) Albany, which is a school that is essentially known for its school newspaper.

I went to SUNY Albany because I thought I wanted to be a journalist, and I worked my way up through the ranks of the school newspaper and became the editor of the Arts and Leisure section. Then very quickly found out that, in the grand scheme of things, I was much more interested in what the paper looked like than the specifics of how it ran. I wasn’t as interested in editing, once I was assigned a story idea, as I was in designing that story.

So I very quickly realized that it was really design that I should pursue and not journalism, although writing has had, and continues to have, a very big impact on my life and my career.

However, I don’t have a design degree. Instead I have a degree in English literature, with a minor in Russian literature, which has served me very, very well in that I now make a pretty good living doing what I do.

What was your first job?
After I graduated and started looking for a job, I saw an ad in The New York Times for a magazine job at a publication that’s called Cableview, and the ad specifically stated “no visitors.” But I figured I would go in person anyway because it was literally a block away from where I lived. And I thought, well, what’s the harm in just dropping [my résumé] off?

Apparently I was the first person to come by that Monday morning. The receptionist didn’t even know there was a job opening. When I dropped my résumé by, she immediately called the creative director and said, “Oh somebody just dropped a résumé by.” I really thought he was going to come out and yell at me. But instead he came out to see my portfolio, and a half hour later I was working.

I ended up being hired as a traffic girl between the design department and the editorial department. So I continued my path of doing both, so to speak. Because I had been doing so much editing while I was in school, I still was doing editing and also doing graphic design. That was my first job. 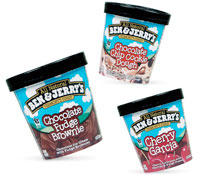 Can you tell us a little about how you started your first design business?
I went from that magazine to another – a rock magazine, Rockbill. And again, I was doing the editing, the writing and the design. Shortly thereafter, the creative director and I made a decision to start our own design firm. This was back in 1987. I had only been working for about four years at the time.

To get clients, we cold called. I’m a master cold-caller as a result of that experience. And we just were fearless about asking people for business. And our company really got big within the first couple of years. When I was cold calling, a lot of people weren’t interested but I never took that as a personal rejection. I take everything else personally, though. You just get immune to the rejection. You begin to realize it has nothing to do with you.

As someone who’s constantly seeking approval, what better way than to keep plugging away? (Laughs.) I’m very fortunate now, though. I have somebody at Sterling that makes the calls for me.

And then you changed direction…
This was in the late ’80s, which was a time that was very important in the New York school of design. That’s when all of the great New York designers were in the spotlight. People like Tibor Kalman, Stephen Doyle and Bill Drenttel. I was enamored with the work that they were doing and I felt that the work that I was doing paled in comparison. I felt that I needed to learn a hell of a lot more before I had the audacity to start my own company.

One of the best graphic design firms was a company called Frankfurt Gips Balkind and they had done the amazing Why? annual report for Time Warner, and it had changed the game in annual reports. I was so taken by that annual report, I decided that, by hook or by crook, I needed to get a job there. And so I sold my shares in my company to my partner and made some connections and ended up being hired by Aubrey Balkind who, upon seeing my portfolio, said that he would hire me but not as a graphic designer. He said I would be better off in account management, doing new business development.

This became a pivotal time in my life. It was a very big step in how I developed, and who I am today, because essentially I did not work full-time as a designer after that. I was more involved in the business development and account-management side, and then over the years, in shaping and positioning and growing a business in the way I have. What’s really interesting is that, although I learned a tremendous amount and made friends that have become lifelong friends, I didn’t actually enjoy my experience at Frankfurt Gips Balkind. 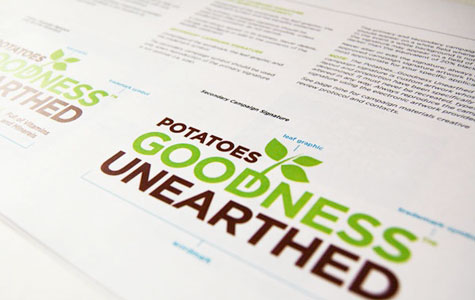 Who are some of the people who have impacted your life?
If you look back on your own life, you could probably say that there aren’t many people that really impact your future. But Aubrey said two things to me that have impacted me throughout my career…

One statement was that he would hire me, but not as a designer. The other was when I was leaving. I told him that I was going to work in brand identity. He just nodded his head and said, “You’re gonna’ do well in package design.”

When I left, I started working full-time in package design and that really was my niche. I found what I was meant to do in graphic design from that point.

If I had to pick specific people out, I’d say Carin Goldberg, Paula Scher and Emily Oberman. Some other people that aren’t in the book that I might also add to the list would be Ellen Lupton and Marian Bantjes.

What have been your greatest accomplishments?
Probably the thing I’m most proud to have accomplished is still being in this business 25 years later. And I feel like I’m the luckiest person on the planet to be able to do what I do.

The writer and designer Michael Surtees used a term when describing me recently, and I thought that it was a great, great term. He called me a “finisher.” (Laughs.) And I think that’s because when I start something, I feel compelled to finish it. I’m almost obsessively compelled to finish it. It’s very hard for me to stop in the middle of something and not get back to it.

What would you do differently, if you had to do it all over?
I would not have been so afraid to want a lot. Over the years, I have struggled with admitting to myself how badly I want things. And I wish that I’d had more confidence and courage to admit that to myself. This isn’t about how I behaved in my business, but how I behaved in regards to what I could be in my life. Now things are great. But it took a long time. 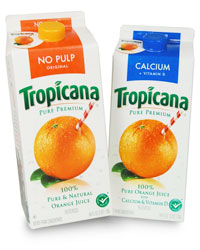 Any tips on building and sustaining a career?
Work harder than anybody else that you know. Don’t rest on your laurels. Don’t rest on any laurels. And constantly try to find out and learn about the things that you don’t know.

Any other advice?
Shoot for the stars. Seriously. So many people start out by thinking about all the things that they can’t do and once you take that path, it’s very hard to get off of it.

The only person that can make every dream that you want to come true is you. And if you start out with limited dreams, you’ll only achieve limited dreams. And that’s really sad when that happens.

About Debbie Millman:
Debbie has been in the design business for more than 25 years. She is a partner and president of the design division at Sterling Brands, one of the leading brand-identity firms in the country. Debbie is a board member of the National AIGA, and teaches at the School of Visual Arts and the Fashion Institute of Technology. She is also an author and regular contributor to Print Magazine and she hosts a weekly Internet talk show on the Voice America Business network called Design Matters.

Copyright 2012 Will Sherwood. This article reprinted with permission.