“Fiddle” toys such as the “Fidget Cube” are all the rage, apparently – little gadgets with buttons and switches and things that adults noodle around with in meetings, lines, and at bail hearings. I never really understood why I disliked these doohickeys so much until paper engineer/illustrator Simon Arizpe happened to share his own creation with us recently: “The Wild.”

Both inventions developed out of successful Kickstarter campaigns – the Fidget Cube’s completed last September, “The Wild’s” last April. And that’s really where the similarities end. The former, after all, is utterly without purpose. And “The Wild”… well, “The Wild” is a paper adventure. 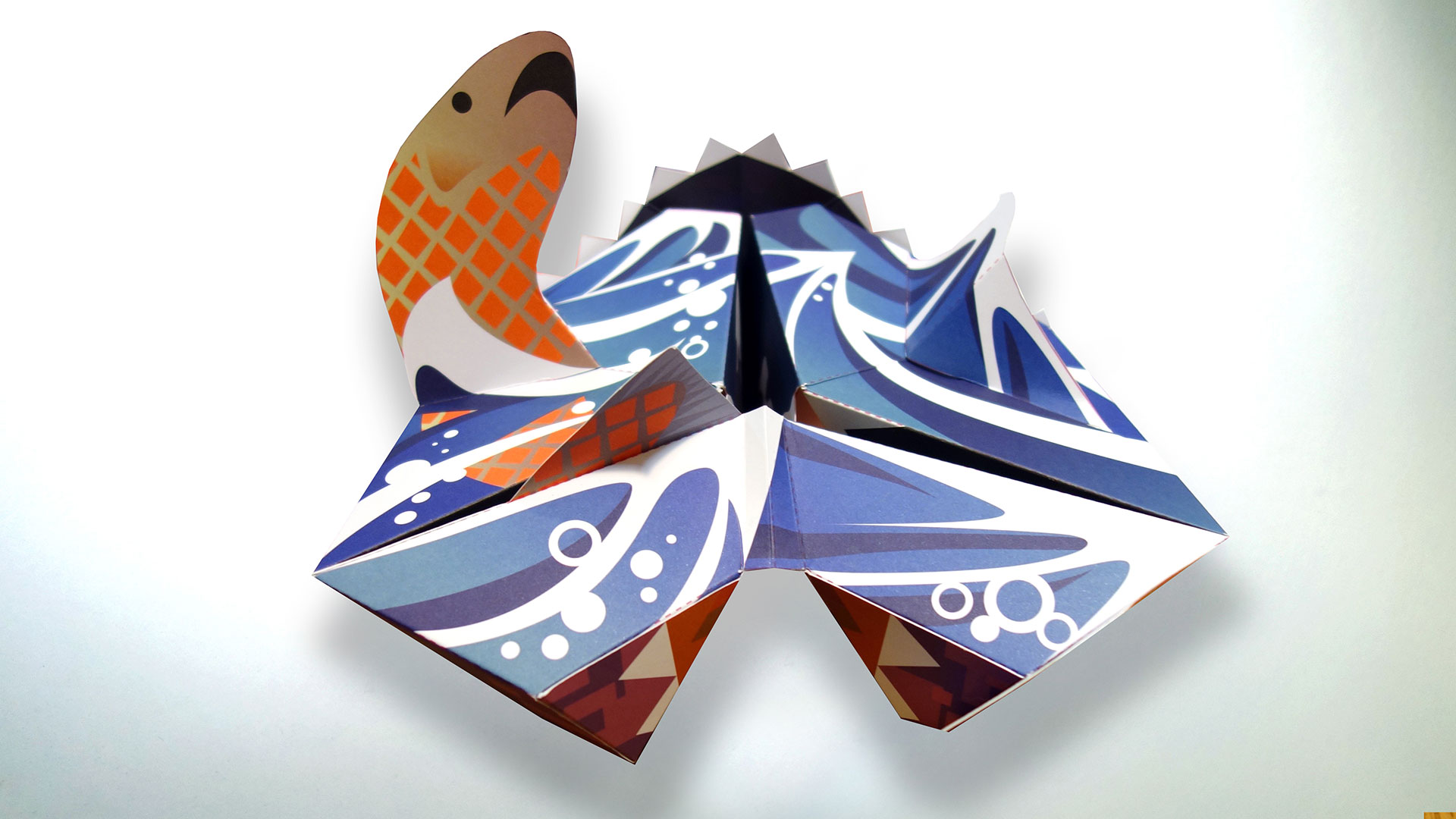 It’s “a 3-D paper pop-up object that reveals a story as you play with it,” the project’s Kickstarter page explains. “This new form of storytelling allows the reader to interact with the object in a whole new way.” Every manipulation of this paper sculpture reveals another part of the story.

Granted, it’s not the most complicated of stories: a bear opens its mouth wide to reveal a fish. We then see that same fish swim away, appear to us in close up, before it ends its journey back in the bear’s mouth. But that’s like dismissing “The Great Gatsby” as the story of “a rich dude who’s hung up on some dame” – the delights are in the details.

“Only one version of ‘The Wild’ was printed for the Kickstarter campaign,” says Simon, “though I am hoping to do other versions and other stories.”

Actually, there IS another story version, he explains. “I am in the process of finishing up the limited edition ‘Black Bear and Bunny’ version of ‘The Wild’ for the Kickstarter backers. It is a run of 30, though I plan to do other limited edition runs.”

He adds, “I would have loved to do foil stamping or a spot UV on the crests of the waves, but I wanted to keep production costs low and focus on the paper engineering.”

“The Wild” is a wonderful combination of art object, illustration and puzzle that reminds me a bit of Structural Graphics’ best efforts. It should come as no surprise that it received an award from the Society of Illustrators and the Museum of Comic and Cartoon Art, and is in the permanent collections of the Smithsonian Cooper Hewitt Design Library and the library of the School of Visual Arts.

You can actually pick up a copy of “The Wild” through Simon’s website for $25 while supplies last. That’s about the cost of a Fidget Cube, but I think you’ll be playing with this long after the cube has ended up at your local charity shop, with some poor cashier furrowing her brow at it and muttering “What the @#! does this do?” 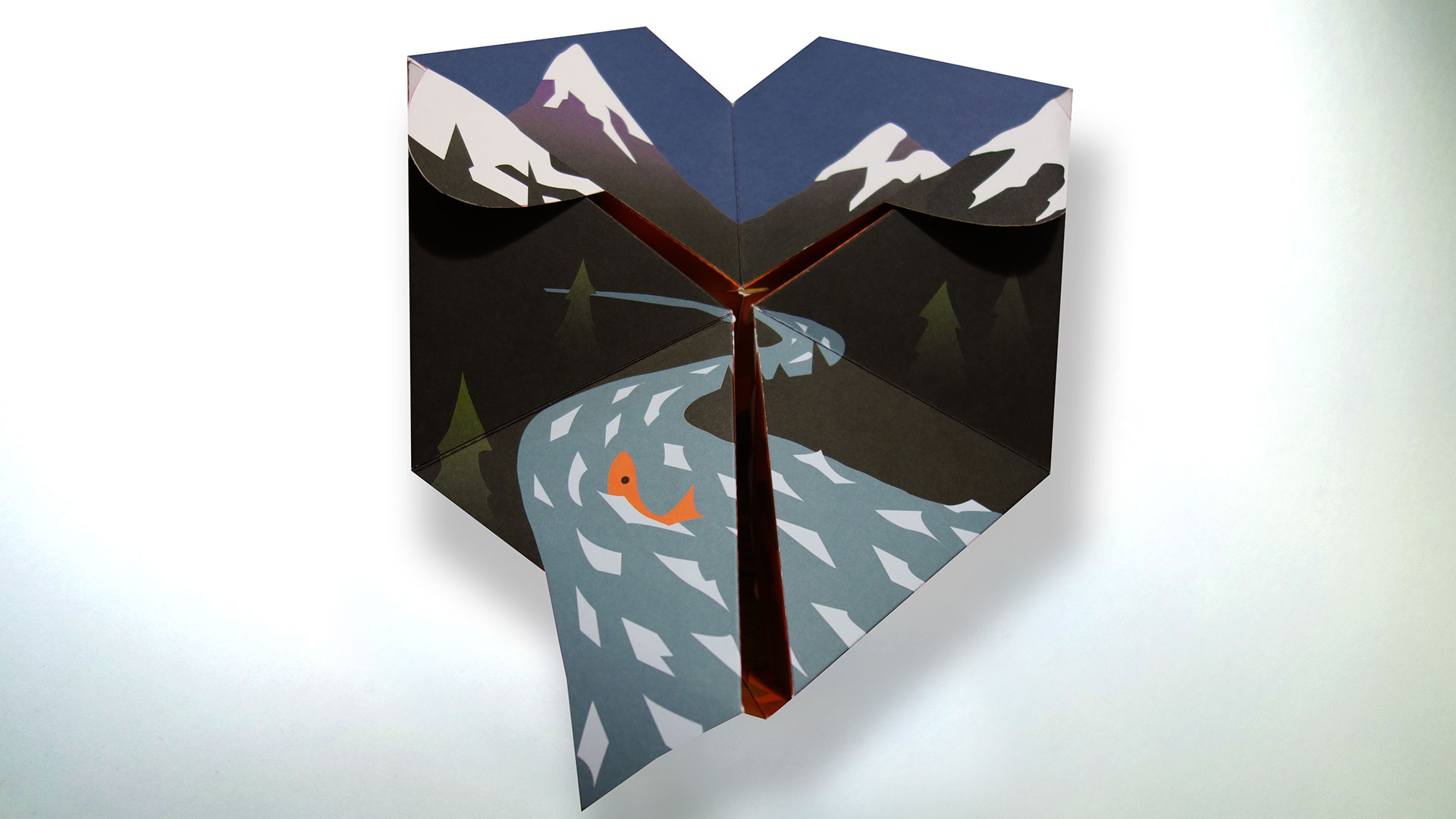 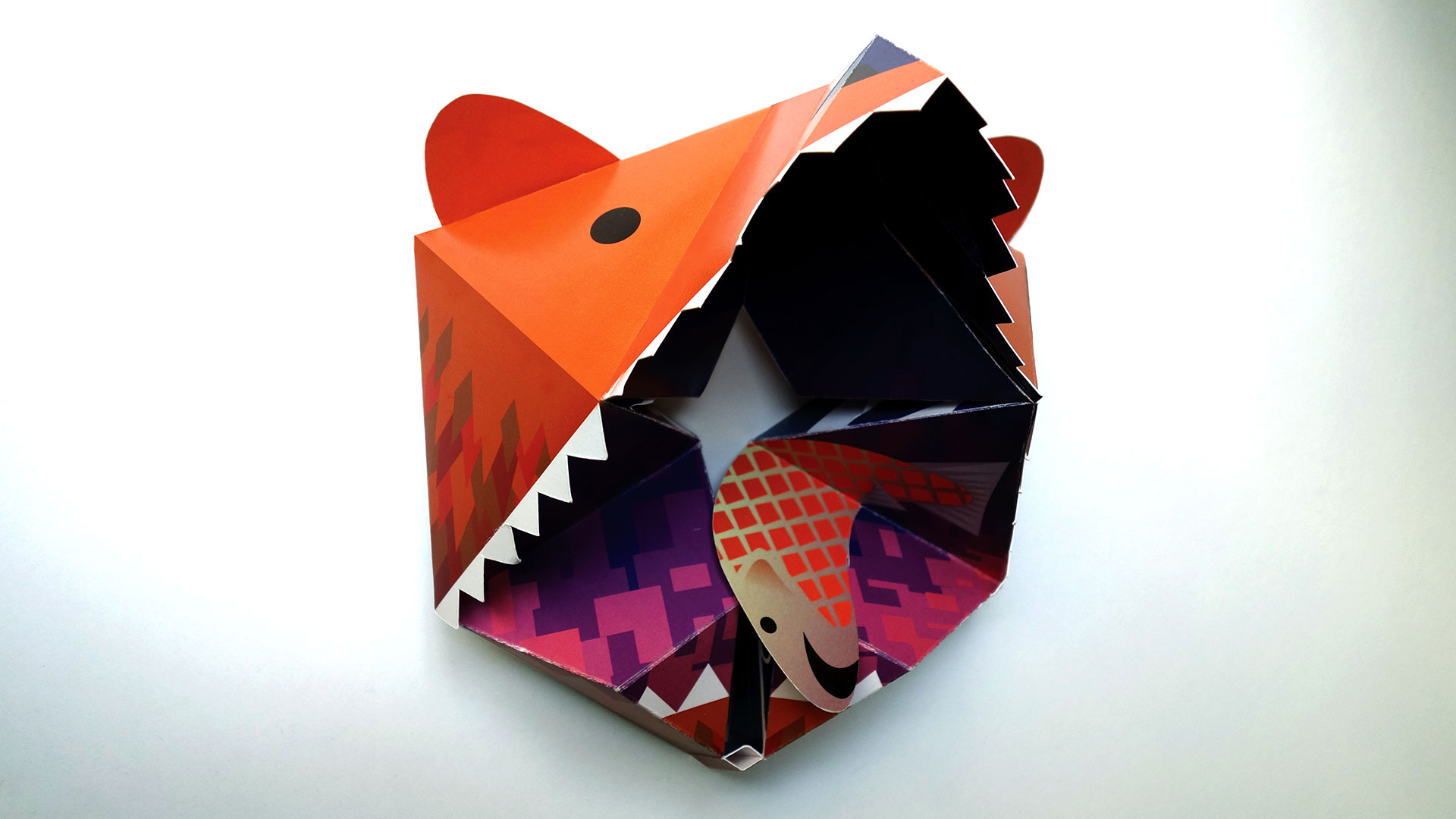 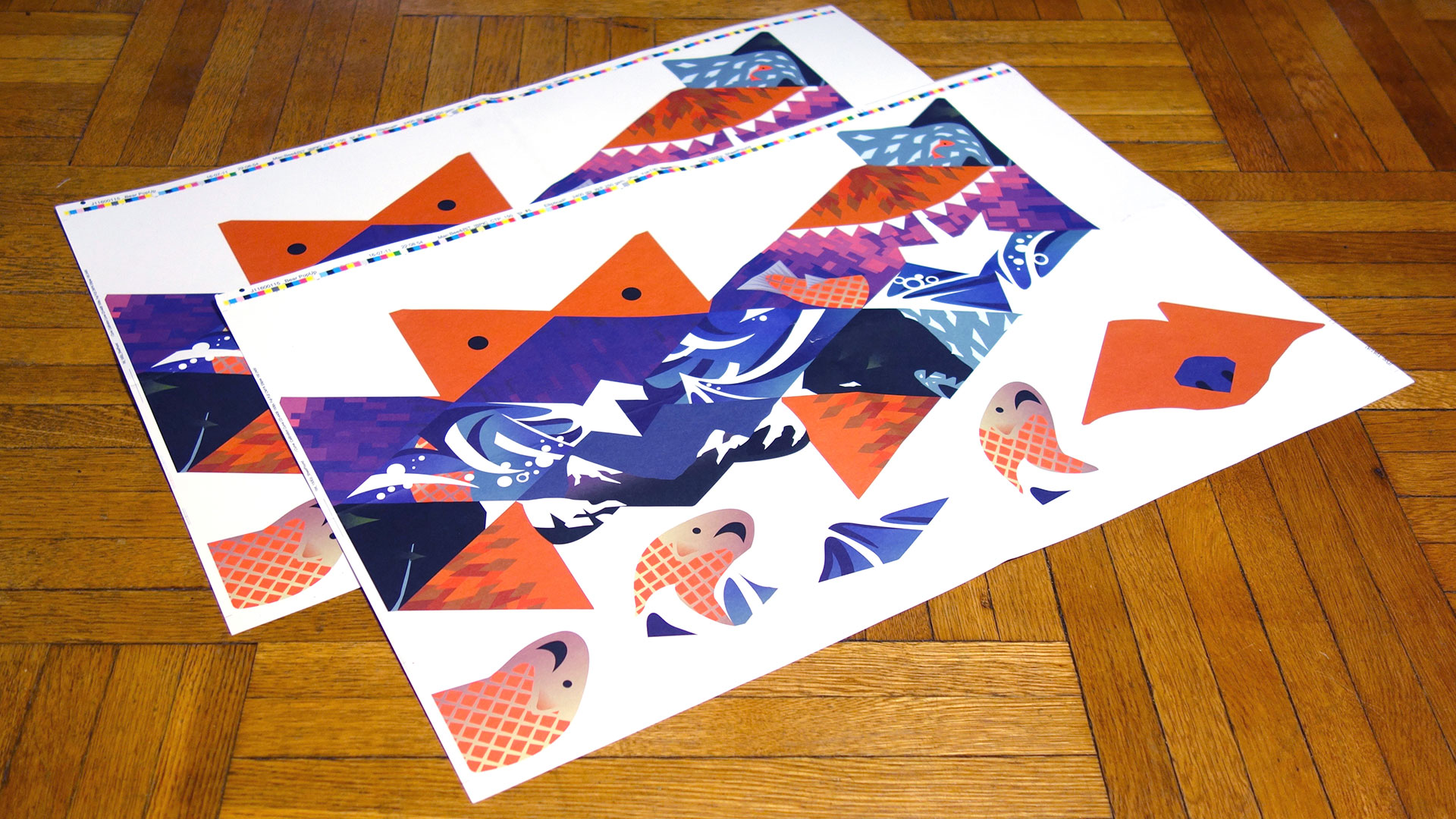 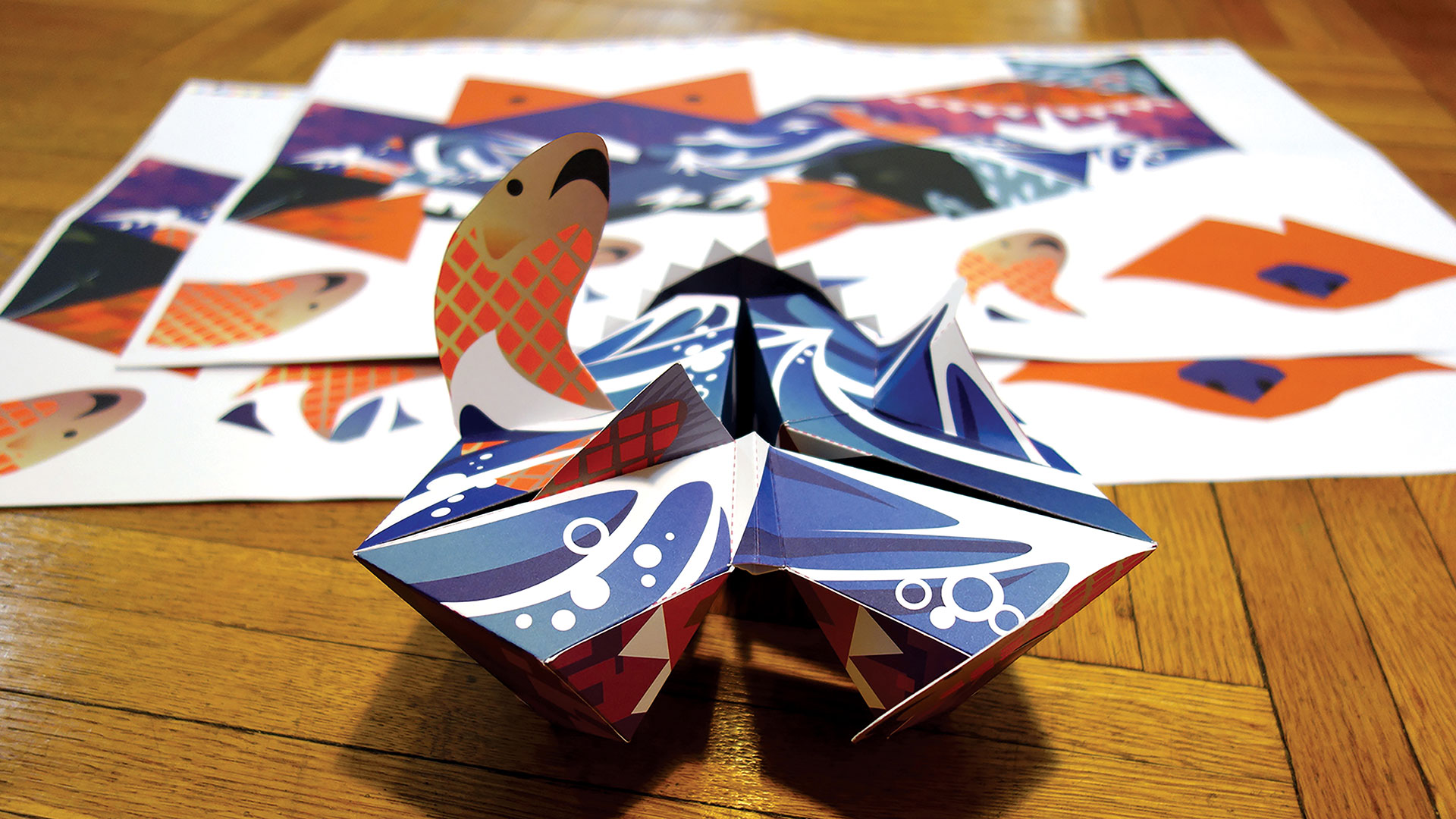