What Creative Cloud Means for You

Last week was hardly a slow one for news. The trial of too-glamorous-to-convict Jodi Arias ended in conviction, one of the alleged Boston Marathon bombers was laid to rest, and disturbing findings in Ohio were enough to put you off your cornflakes. And then Adobe put its head above the parapet and said “Designers, we need to have a little talk.” Guess which bit of news we’ve been discussing ever since.

In any other climate, Adobe’s announcement – that it will be making all future versions of Creative Suite, Muse and Edge tools and services online-only beginning in June – would’ve been overshadowed by some of the other news revealed at MAX, The Creativity Conference. For example, we at PaperSpecs are still dying to discuss the implications of the tablet stylus and ruler (below) that it unveiled – Project Mighty and Napoleon, respectively. But we can’t. 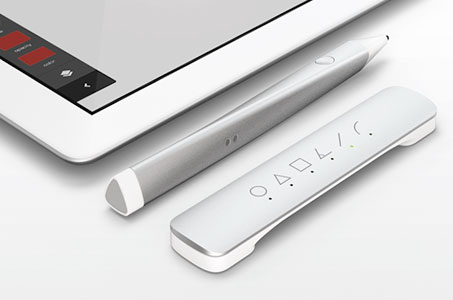 We can’t because Adobe chose to change the way we access the tools of our trade at a time when most of us are still struggling to keep our jobs, or to retain enough clients to keep our heads above water. The reason many abandoned QuarkXpress for InDesign in the first place was because the latter was more reliable, Adobe was attentive to our needs, and treated us as though our opinions mattered. Though the changeover from disc to Adobe Cloud (now renamed Creative Cloud) was inevitable, the short notice of its mandatory nature caused many longtime Adobe users to panic.

The concerns
“I get it. They don’t care about smalltime freelancers,” said Marisa J. about Adobe on a LinkedIn Forum, expressing a common suspicion. “They are in it for the big guys. Unfortunately, you either follow along or you are out of work. It’s unfortunate we don’t have more choice in the matter.” (Around the Web, the more tech savvy insisted we could easily switch to open-source and other fringe software to meet our needs, but c’mon, really? If we were under-the-hood types, we probably wouldn’t be designers.)

As of May 14th, there was already an online petition against the Creative Cloud issue with more than 12,700 signatures. (Thanks to reader James for spotting that.)

The fact that the subscription fee – $50/mth (with an annual contract) for full access to all of Adobe’s products – is greater than the cost to upgrade applications occasionally also was a big concern to Marisa, and to many others besides.

Karen K. on the same forum summed up a prevailing attitude around the Internet when she wrote: “A lot of us left Quark because of their attitude, and would hate to see that change in Adobe.” As Karen and her husband are a two-person design studio, she’s also concerned about the number of Creative Cloud licenses they would have to buy to continue working on their two desktops and one laptop. (According to Section 2.1.3 of the CC licensing agreement, you can install it on two computers, “…provided that the Software on the portable or home Computer is not used at the same time as the Software on the primary Computer.”)

Finally, every Adobe user has a story to tell about trying to run two different versions of an application on their computer simultaneously. The company’s anti-piracy technology is notorious for preventing every user from running its software at one time or another …except for the pirates, of course.

Creative Cloud: A Few Facts
Though we could easily have kept Adobe busy for days fielding questions that have arisen over this changeover, we finally narrowed it down to a handful with the help of some readers. An Adobe spokesperson sifted through the new FAQ to find us the answers. Hopefully these will go some way toward easing some concerns…while possibly raising some new ones.

Is there any problem with licensing or compatibility if you only subscribe to one application (Photoshop, for example), and use older disc versions of the other CS applications at the same time?
No problem. Your existing Creative Suite installation will not be affected by installing the new CC applications. For example, you can install and use both Photoshop CS6 and Photoshop CC on the same computer.

Will Creative Cloud users be able to save their files so that non-CC users who have an older version of CS can read them, and vice versa?
Yes, files created by the Creative Cloud apps can be shared like any other file. For example, you can share files through email, FTP and so on. In addition, Creative Cloud sharing features let you share files with people who aren’t members of Creative Cloud by allowing them to view the files in a browser. Viewers can turn layers on and off, view relevant metadata, comment, and even download files for editing.

If the software locks you out after your subscription lapses, is that a complete lock out? In other words, does it prevent you from opening a file created by it just to look at it, or is it a partial lock out, where you can open files but not save changes or save a new document?
If you cancel your paid membership you will still have access to the free level of membership, which provides 2GB of storage. You will have a 90-day grace period to download your files to your local machine, and delete online files to get your cloud storage down to 2GB (or to purchase additional storage separately if you choose). If you leave more than 2GB of files in your cloud storage for more than 90 days, you may lose access to some or all of your files.

If you purchased an annual individual membership plan and you cancel after the first 30 days but before meeting the 12-month commitment date, you will be charged 50% of the remaining amount left on your contract.

Does CC pave the way for even more integration of the various Adobe products, now that the company can ensure everybody gets updates at the same time?

There are some really interesting features being introduced in CC, and maybe someday soon we can move past some of our fears to discuss them.

A former writer and editor for USA Today, Aaron Berman is the editor of PaperSpecs, and covered the newspaper industry for the Newspaper Association of America’s monthly magazine, Presstime. He is also author of the forthcoming book “Soap: The Inside Story of the Sitcom that Broke all the Rules.” (And is embarrassed every time he has to discuss himself.)