Simply tell us you’re producing a magazine by letterpress these days and you already have our attention. But tell us you came up with the money to produce it via that “fund-my-fantasies” site Kickstarter, and we’re naming our children after you. Meet Matt Davis and Louise Armstrong, the UK writer/designer team behind “The Luddite,” a limited-edition 8-page magazine dedicated to telling the human stories we miss out on online. It’s printed by Hand & Eye Letterpress’ Phil Abel.

This Digital Arts writeup sums up the contents of the first issue quite nicely:

The first issue features the story of a midwife reflecting on the fact that parents spend much of the “golden hour” after their babies’ birth taking photographs of their children and putting the photos online. Another story is a first-person confessional piece about a hipster Viiking lookalike who turned to weightlifting as a way to rebel against life’s “modern rubbish”. 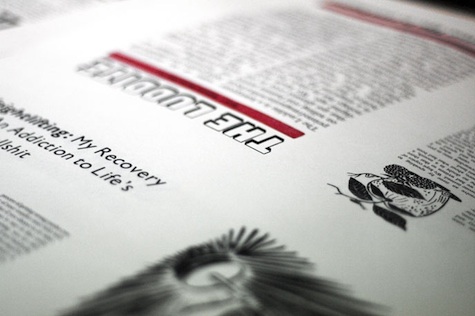 Copies can be purchased – where else – online. It’s this use of the digital norm to fund what is a very revolutionary project (in the Che Guevara sense) that makes it all so interesting. As Davis described it on his own website:

We thought it would be interesting to start a magazine focused on doing things the old-fashioned way. Face to face, person to person, pen to paper, ink to page. Something the National Security Agency can’t read over your shoulder. SO. THE LUDDITE! 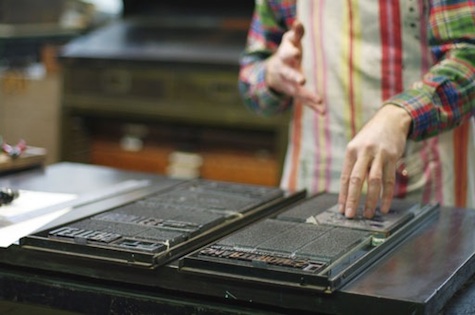