First Famous Designer in the Making?

Two or three times a week, PaperSpecs founder Sabine Lenz and I hit the same conversational speedbump. It goes a little something like this. Sabine: And then Blah Blah created this beautiful piece. Me: Who’s Blah Blah? Sabine: Who’s Blah Blah? Blah Blah is a big name in the design world! Me (quietly): Any more famous and I might’ve heard of Blah Blah.

The truth is that there has never really been a designer who’s been known much to the outside world, never mind how “famous” they are in our little community. Usually the first ones that come to mind aren’t even known beyond their own stomping ground, be it San Francisco or New York. If a great designer is doing their job right, it is their creations that are praised, not themselves.

But recently one designer has showed signs of breaking out into the mainstream: Sagmeister & Walsh principal Jessica Walsh. Though fashion-model good looks don’t hurt, it’s Walsh’s ability to see where public persona, Web presence and design intersect that have positioned her for stardom outside the design community. 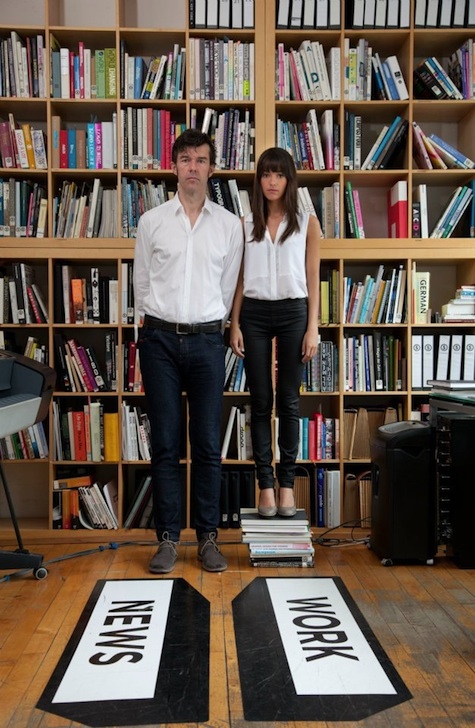 This fall, Abrams is scheduled to bring out 40 Days of Dating: The Book, a design- and illustration-intensive print version of the online dating experiment/performance art piece that Walsh conducted last summer with friend Timothy Goodman. The Web version was a detailed look at the emotions and predicaments that arise when two friends decide to change the status of their relationship.

The pair recently spun this off into a full-fledged design venture when they partnered with art boutique Story, for which they developed temporary tattoos, T-shirts and chocolate bars, all based on the 40 Days project. (They’ve even been selling related prints online.) 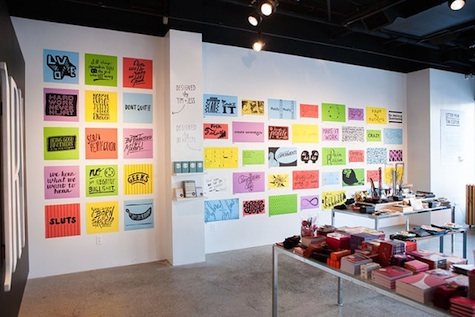 Meanwhile, Warner Brothers bought up the movie rights to their book in September. While the chances of Walsh and Goodman’s story actually making it to the big screen are pretty slim, it is only a matter of time before Walsh’s exploits bring television offers her way. Her penchant for surrealist design – as well as her partnership with edgy publicity-magnet Stefan Sagmeister – make this pretty likely.

Of course there is one thing we’re not talking about here – her design work. Is it merely a question of getting the public at large interested in design by first giving them a personality to embrace, or will design remain an obscure subject to the world at large, no matter how engaging the personalities involved?