If art does one thing really will, it is its ability to make us see old truths in a new light. This is something New York’s Erika Harrsch does remarkably well with her currency butterflies, or “monetized lepidoptera” as Designboom so beautifully puts it. While her intent may not be to comment on the fleetingness and rapid erosion of money, you would be hard pressed to find a better illustration of these.

One thing that is immediately clear is just how beautiful currency can be once it’s utterly divorced from its primary function. Here Harrsch “sculpts” butterflies from bills of many different countries, creating a tableau of “flight patterns” that is absolutely breathtaking. 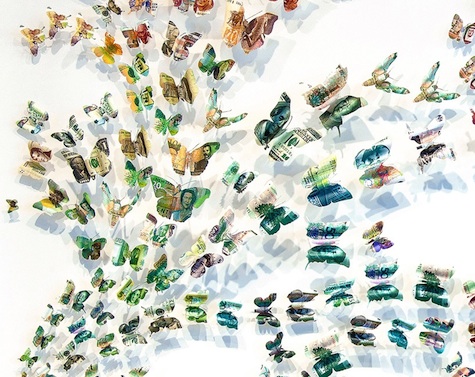 As one commenter on the Designboom story reminds us:

Not only would colored paper rob the work of its impact, the artist’s choice of material protests the unfairness and ridiculousness of having a law against destroying pocket change while allowing multinational corporations to bankrupt the nation.

Which begs the questions: Who exactly is the dip stick? 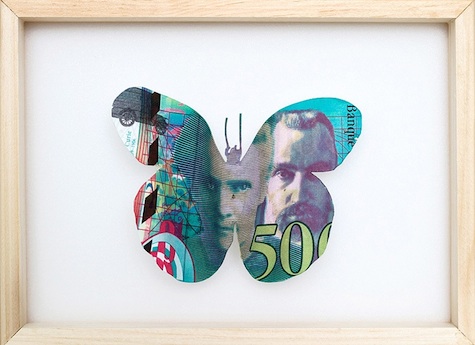