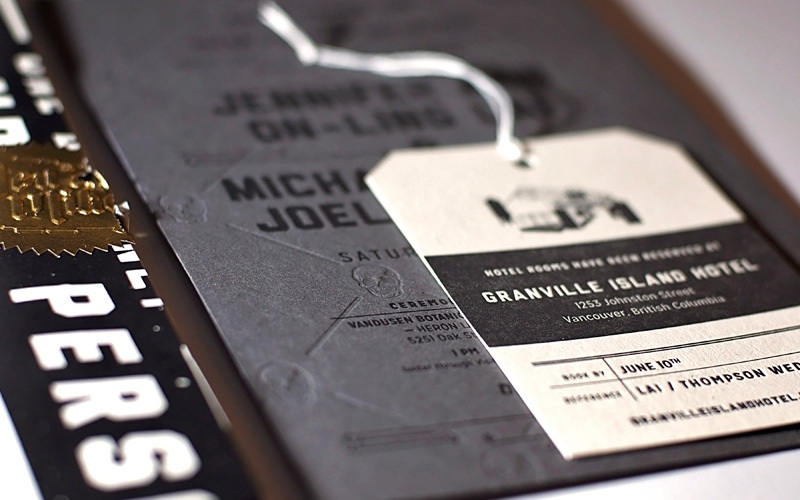 We are stunned. Stunned because this week’s “Cool Designs” cover more than 600 years! This time around, we finally get to lay eyes on all those pranks and magic tricks we only saw advertised in the magazines, celebrate the union of two pirates (ahoy matey!), and gaze in wonder at a centuries-old book that is still amazingly interactive. (Previous Cool Designs of the Week can be found here.)

For more than a century, the good sports over at the SS Adams Co. have been keeping America supplied with joy buzzers, sneezing powder and other peculiar pastimes. If you’re over 35 you probably saw these advertised in the backs of comics and magazines when you were growing up. (And if you’re under 35, there used to be these things called comics and magazines when the rest of us were growing up.) “Life of the Party” takes us on an unprecedented tour of these items, showing us what you actually would have received if you’d mailed in your money way back when. (It puts us in mind of a similar recent volume called “Mail-Order Mysteries.”) There were a lot of plastic animals that smoked, for some reason… 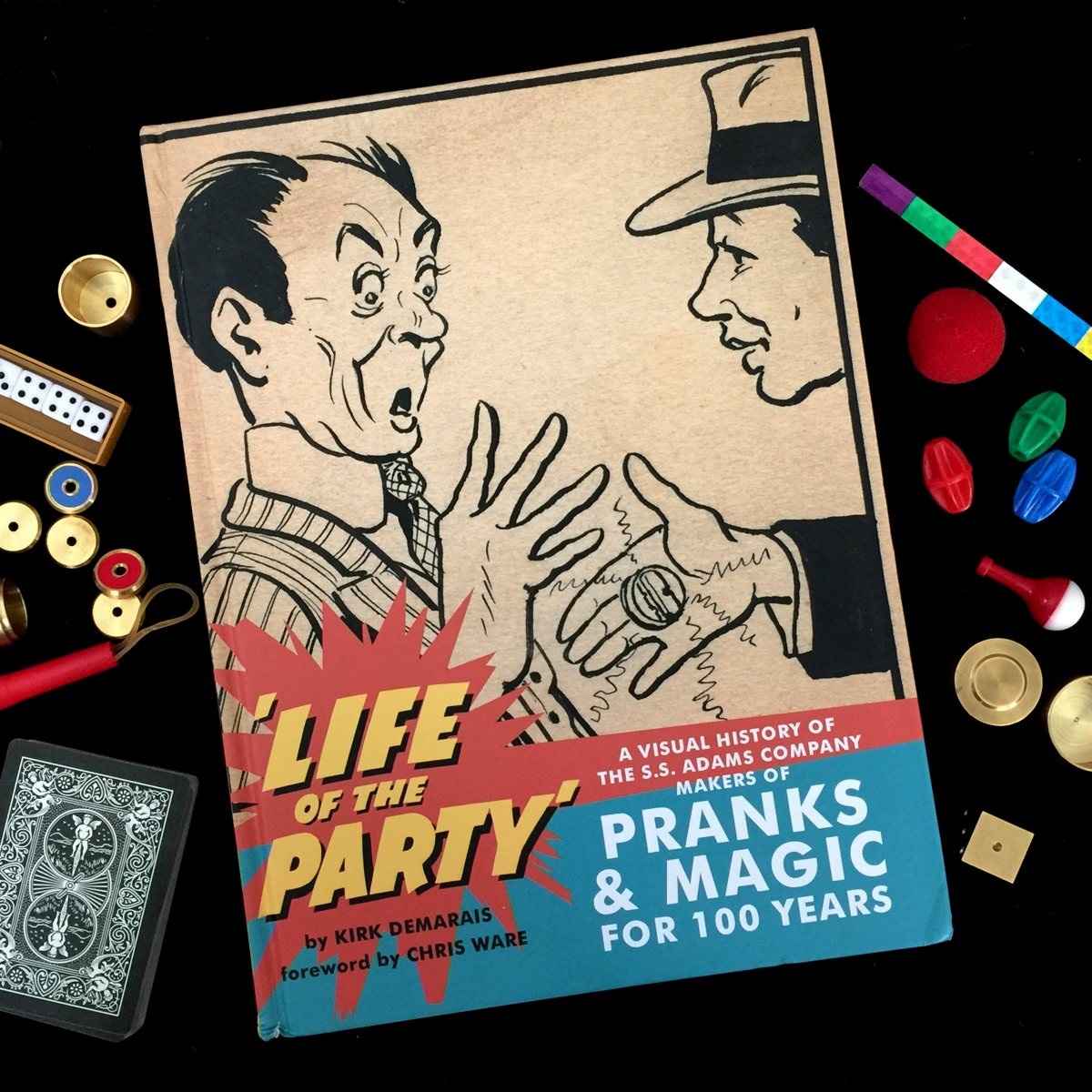 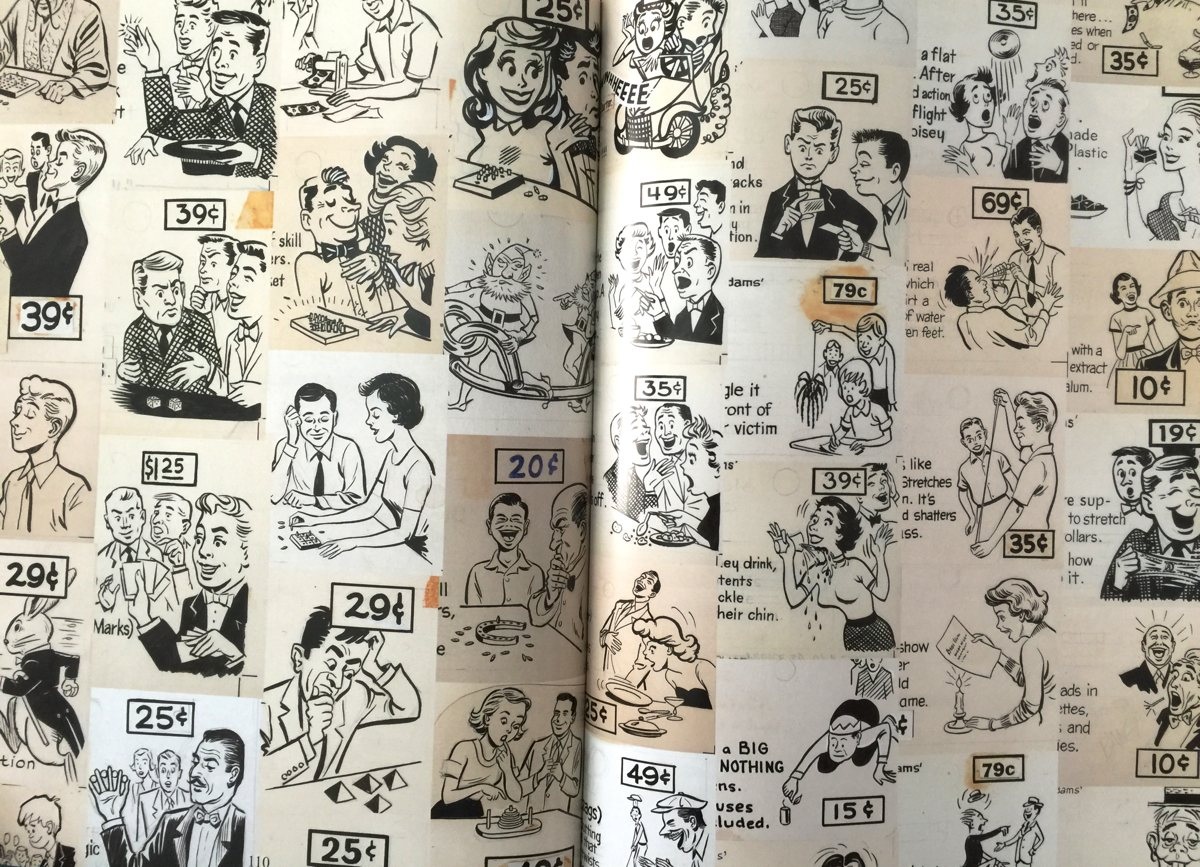 Few words can get the ol’ ticker thumping like “pirate wedding.” Heather Cranston went all out with this suite for friends Jen (who works in fashion) and Mike (he’s in a band). When they told her they were having a Rock & Roll Pirate themed wedding – and wanted lots of skulls – she came up with something that doesn’t so much scream “Avast ye hardy!” as “Classic!” The screen-printed map/poster is a typographical joy, and the letterpress printed invite itself features the requested skulls – blind debossed into the paper! 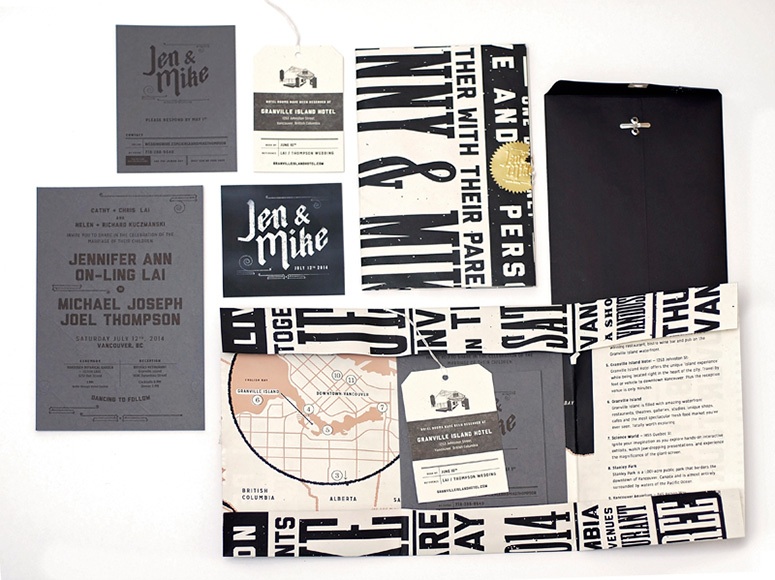 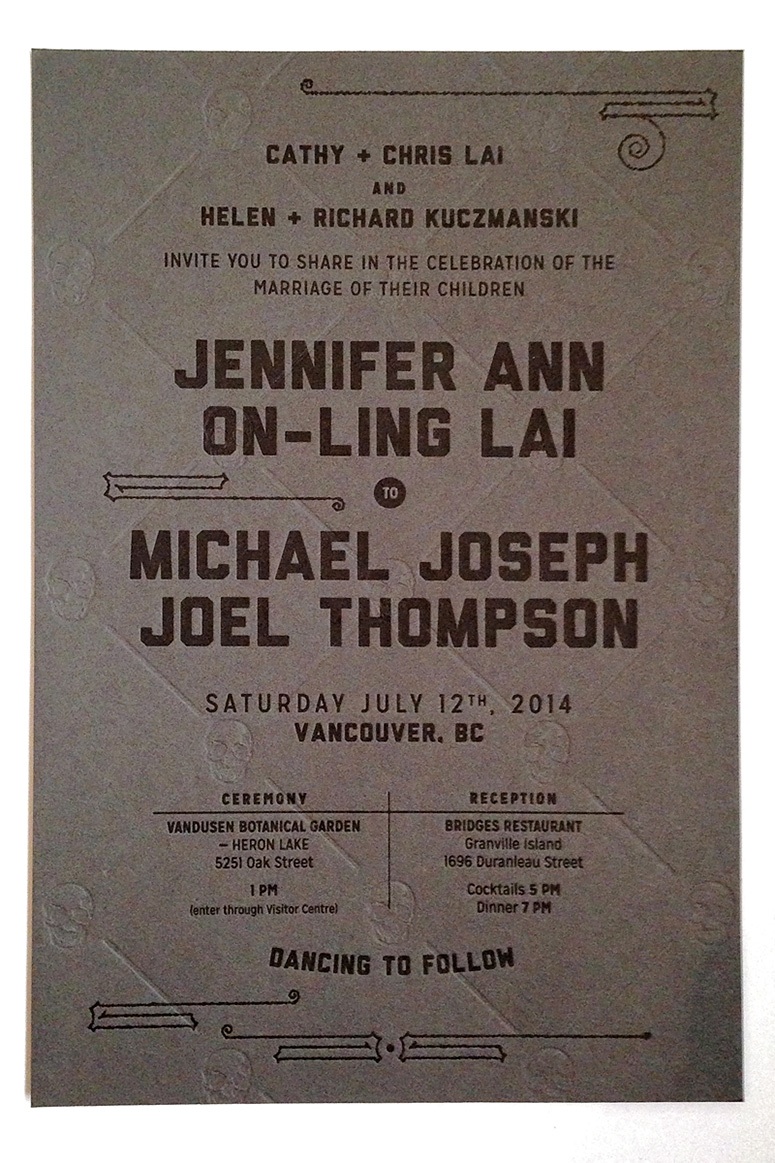 There continues to be a desperate push in some circles to transform print pieces into interactive experiences, mostly through the use of clunky QR codes and augmented reality. Yet in our opinion none of that whiz bang technology can hold a candle to this little number…created circa 1386! And it still works! (More on the history of this amazing piece, as well as what it was used for, here.)