As print techniques have improved, book covers have gotten increasingly more sophisticated. Still, when was the last time you came across one that was, you know, fun? Japanese author Haruki Murakami’s latest novel, Colorless Tsukuru and His Years of Pilgrimage, gets our vote for one of the most whimsical covers of the year, as it can be customized by each reader using the stickers that accompany it.

Publisher Random House commissioned five Japanese artists to come up with stickers that represent the different characters in the book, including the title character, Colorless Tsukuru. (Tsukuru means “to build” or “to make.”) 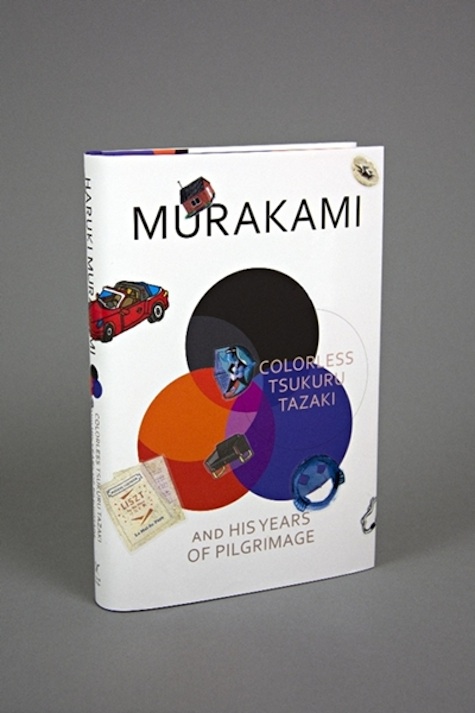 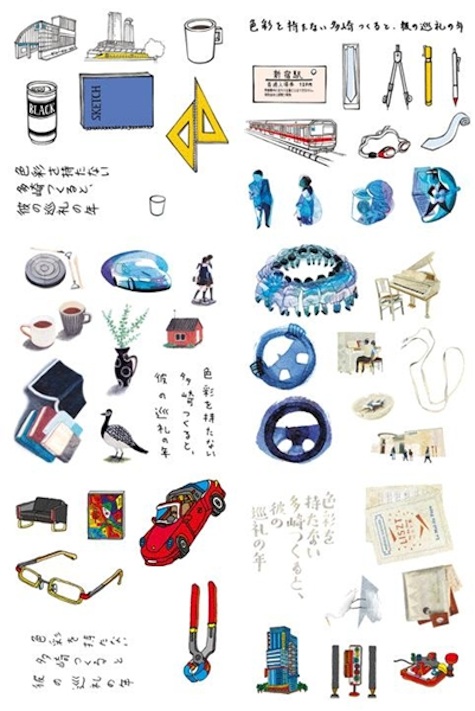 As Creative Director Suzanne Dean explains in a press release:

“The meaning of Tsukuru’s name was a gift, a perfect match for the idea of including adult stickers for the reader to use to decorate the novel. My young son’s delight in using stickers everywhere started me thinking about this. I had seen stickers used on Royal Mail stamps, on CDs and, of course, in children’s books, but I didn’t think they had been incorporated into adult fiction. I commissioned five Japanese illustrators, who were asked to read the novel with their allotted character in mind, and to create stickers that were coloured in a way that indicated their character. These illustrators brought a uniquely Japanese style and a knowledge of Japanese detail to the project.”

The English-language first edition that will contain the stickers will be released in August.