If you haven’t picked up on the fact that 3D paper pieces are a great way to break through any recipient’s blase view of their mail box, it’s not for a lack of trying on our part. (Once again we point you to our under-5-minute best-of video on “dimensional marketing,” and the full-length recording of the webinar on which it’s based.)

And when you pair dimensional marketing with augmented reality? Just see what Gyro London came up with to help reintroduce a revitalized BBC World News to media buyers and global advertisers. 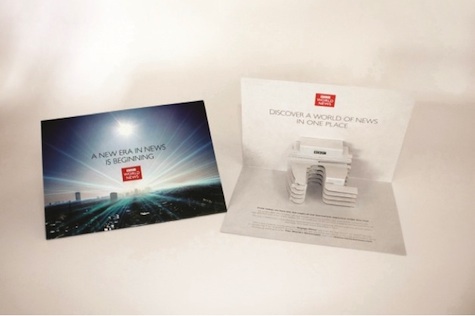 Upon opening the mailer, the recipient is greeted with a pop-up 3D model of the BBC’s New Broadcasting House in London. By scanning the piece with their smartphone, they can launch the “Engage More” app that overlays a 360-degree view of the real building over the model. Tap the front door on your screen and a BBC reporter then takes you on a guided tour of the new studios’ interior.

According to Direct Marketing News:

“The mailer/app combo saw an 8.8% response rate—more than double the industry average according to the Direct Marketing Association. The app was downloaded 374 times and launched 1,966 times, meaning each user most likely engaged with the app at least four times.” 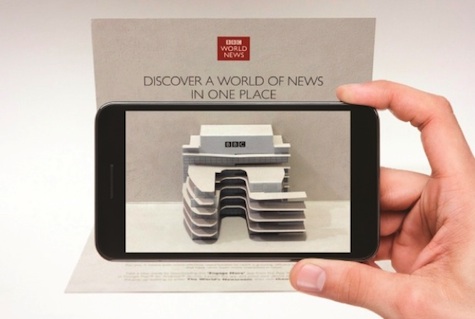 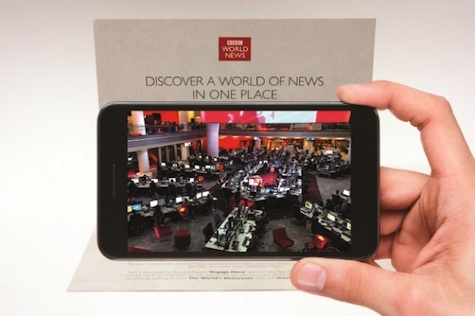