Office Turntable Cranks up the QR

You can’t throw a wad of paper at the rubbish bin these days without somebody trying to add “augmented reality” to it. Yet, as with QR codes, the features offered by this print-digital pairing rarely are worth the effort. Occasionally, however, somebody gets it right.

Aiming to promote the latest track of house-music producer Boris Dlugosch to advertising agencies, Germany’s Kontor Records really flexed their creative muscle and came up with “The Office Turntable.”

Ad agencies being notorious for ignoring promo CDs, Kontor sent them a full-size record instead. The vinyl was enclosed in a specially developed envelope that folds out to resemble a turntable. The recipient then placed the LP onto the platter portion of the “turntable,” scanned a QR code with their smartphone, and then placed their phone over the record to play the track. 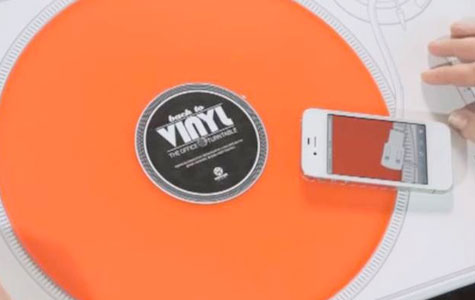 On the smartphone screen, the virtual turntable arm hovers over a spinning version of the album. By sliding the arm further into the album on the screen, the user hears a different song, or a different part of the same song. This well-thought-out melding of paper design, vinyl and QR code usage paid off with: