Jessica Walsh’s session on injecting a bit of play into your design was a big hit at the recent HOW conference; her partnership with design bad boy Stefan Sagmeister seems to be loaded with it. And now Walsh seems intent on bringing a bit of play to her off hours as well with her most recent project: 40 Days of Dating, in which she and fellow designer Timothy Goodman share their first 40 days of dating each other.

Having earlier joined Sagmeister in posing nude for a postcard that announced the formation of Sagmeister & Walsh (a tradition with him, you understand), Walsh is no more guarded with her feelings in this project. The idea is simply expressed on their website:

“Tim and Jessica will go through the motions of a relationship for the next 40 days: the commitment, time, companionship, joys and frustrations. Can they help each other, or will they fall into their same habits? Will they damage their friendship? What if they fall in love?”

The execution, however, is something that combines whimsical design elements – both illustration and (often hilarious) video – with frank discussions of the couple’s personal and dating lives, to create something far more engaging than reality TV, with none of that genre’s off-putting crassness and falsity. 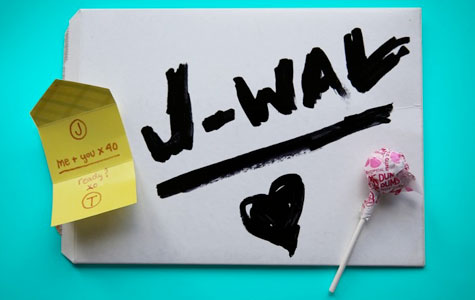 As both are designers, it comes as no surprise that design balances out the emotional elements beautifully. Daily blog posts are split down the middle, with Walsh’s thoughts on the left, Goodman’s on the right. Each is capped with a different type of graphic created by a different artist. Beyond that, you’re never sure what you’re going to find: a receipt, a couple’s-therapy-form signature, a ticket to a basketball game, a snapshot from one of their dates… 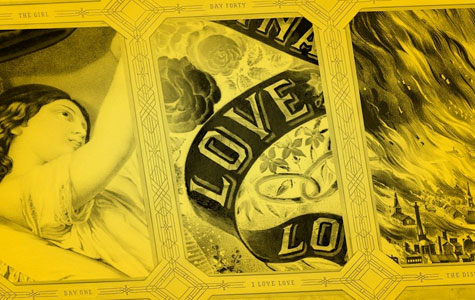 While the project seems to have stalled around April 4th – some complicated relationship issues seem to have surfaced – the site…and the relationship…remain intriguing works in progress. 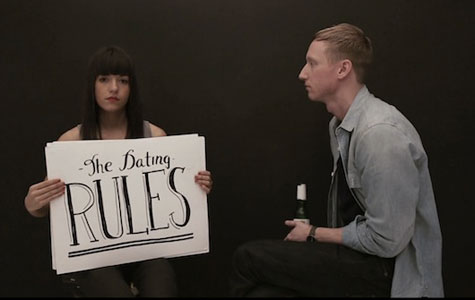