‘Asylum’: An Edgy Artistic Response to the Refugee Crisis 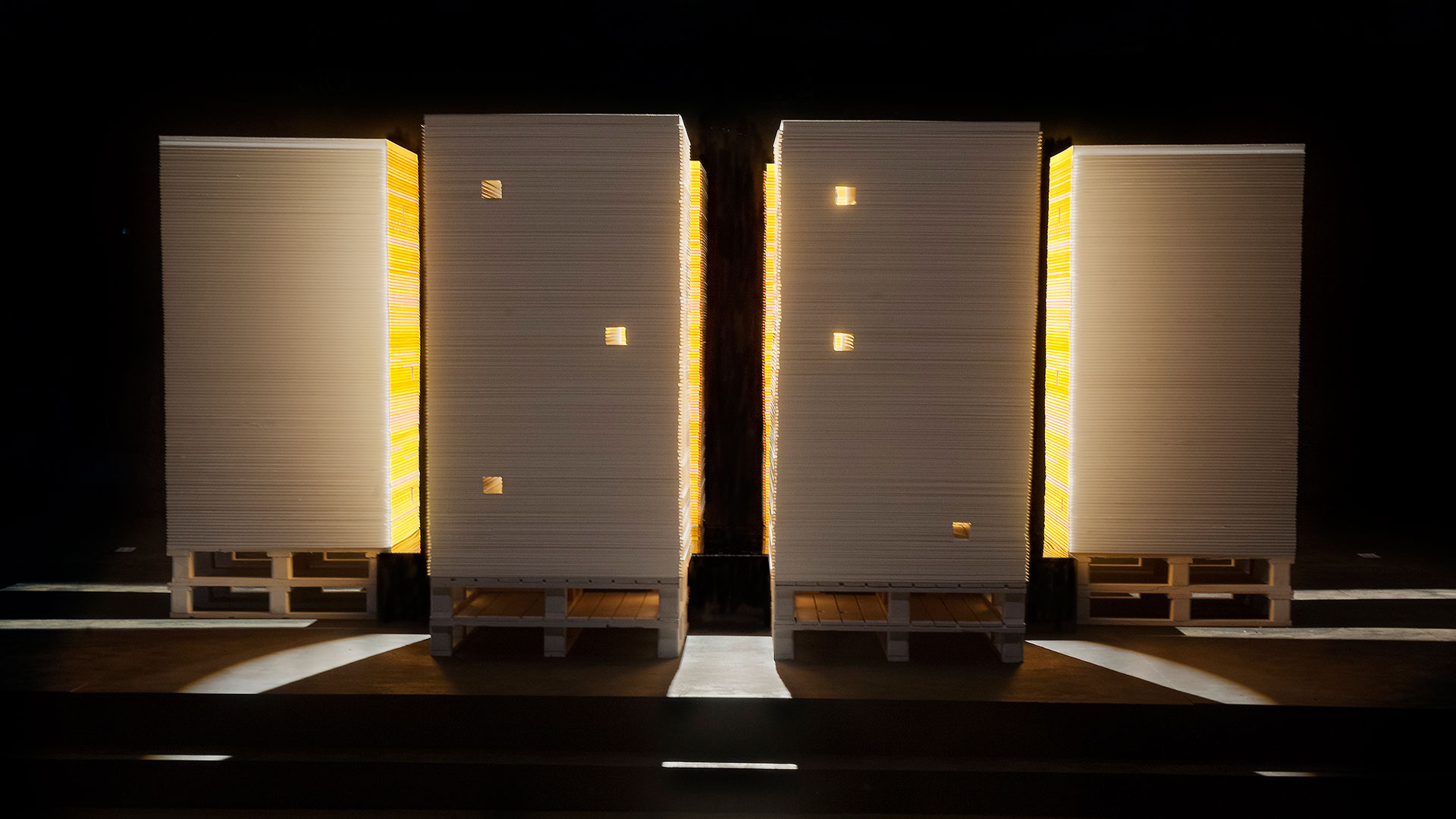 Everyone has seen those startling images – thousands of displaced refugees streaming down Denmark’s streets hoping to make it to Sweden. And as that nation turns to its artists to make sense of it all, Swedish artists have turned to Invercote by Iggesund Paperboard.

In a stunning, larger-than-life installation called “Asylum,” multimedia artist Nils Olof Hedenskog aimed to dramatize the hope felt by refugees from war-torn Syria at the prospect of entering Sweden, and the bitter disappointment many face when they cannot.

Consisting of six paperboard towers constructed from Invercote that enclose an empty space, the installation encourages viewers to look into that space, but there is no way they can actually enter it. He created “a reflection of the current situation in Europe,” Hedenskog explains from an industrial workshop in Strömsbruk in northern Sweden. There are, he says, “hundreds of thousands of refugees who want to get inside but who most often only get a glimpse of what is inside Europe’s walls.”

From the outside of the art piece, the paperboard towers reflect various nuances of gray thanks to the way they are put together and the lighting. On the inside the towers are painted in fluorescent colors, with light that will radiate out between the towers and through peepholes. All told, the project took about six months to complete and was unveiled at an exhibition last summer.

“For me there exists a tension between the limitlessness of art and the fact that I am in a strict, production-oriented environment where everything is based on rationality,” the artist said during a break from his work on the piece earlier. He had “six months to create something that represents this tension. I’ve worked with paper-based materials for several periods during my artistic career. Now it feels terrific to be able to work with material from Iggesund, which has such strong environmental documentation.” 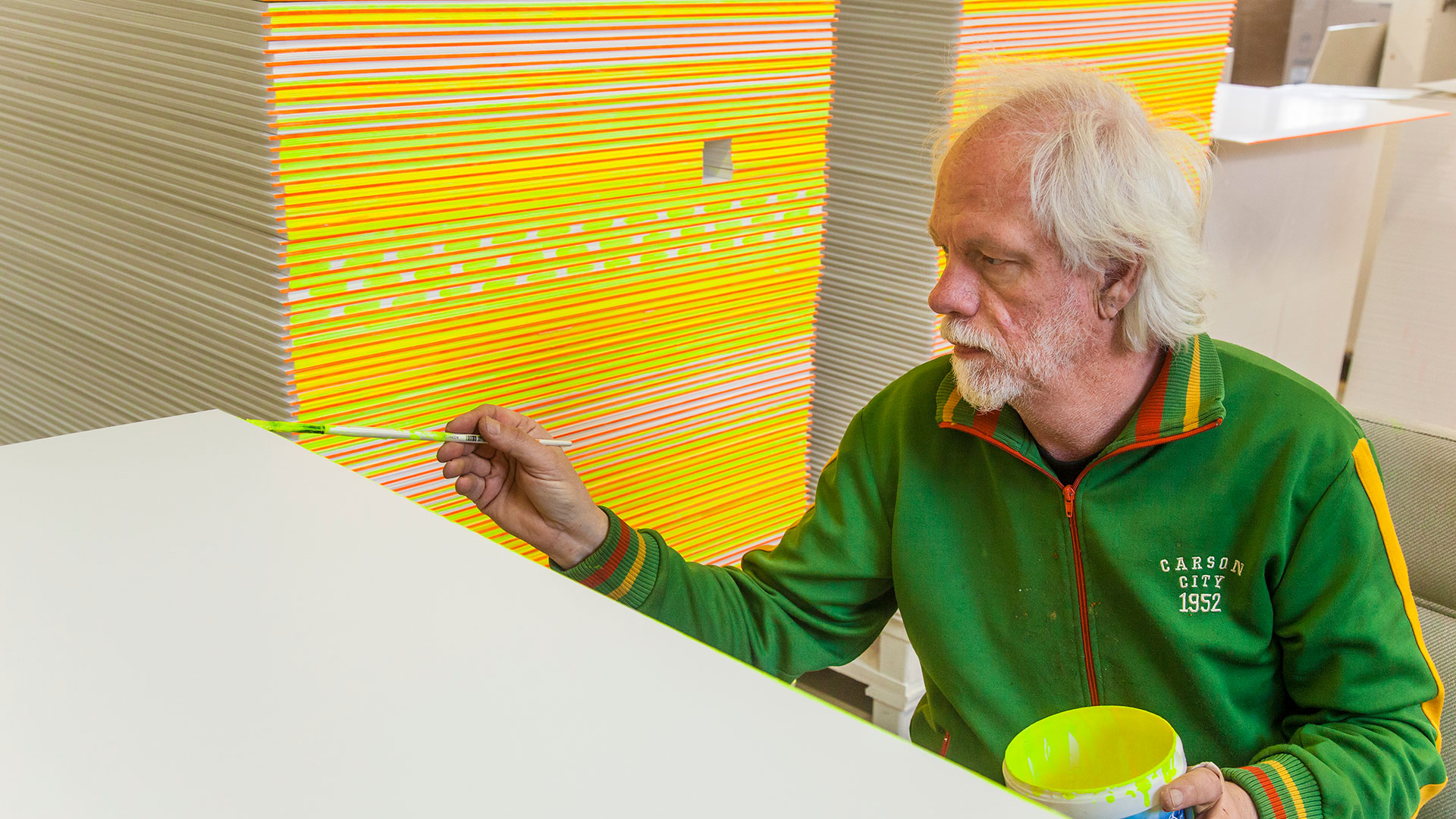 Iggesund Paperboard, which offered him the opportunity to be an artist in residence, has a long tradition of working with creative individuals:

“We manufacture the basic material paperboard so we are a very long way back in the processing chain,” explains Staffan Sjöberg, who works in Iggesund’s Market Communications department. “Our own success is very dependent on all the creative people around the world who make fantastic things from Invercote. So of course we want to foster creativity, both on the artistic level but also in the form of the innovations that our customers in the packaging segment put their heart and soul into.”

He readily admits that the end goal of Iggesund’s creative joint projects is to sell more paperboard. But to attract attention in the creative world a company must step outside the traditional commercial pathways, dare to hand over control and see where external creative forces can take it.

“It’s a balancing act,” he says. “In traditional business communications the aim is to control everything. In projects like this one you have to dare to give up control so that your efforts to communicate will hopefully reach further than those based on traditional methods.”

To celebrate “Asylum,” Iggesund has created a handsome printed piece with a sewn binding – the type traditionally used for hardcover books. Sewn bindings are more expensive than gluing and other alternative techniques, of course, but provide better durability and a well-defined spine, which adds to the quality impression established by the Invercote Creato paperboard it is printed on. 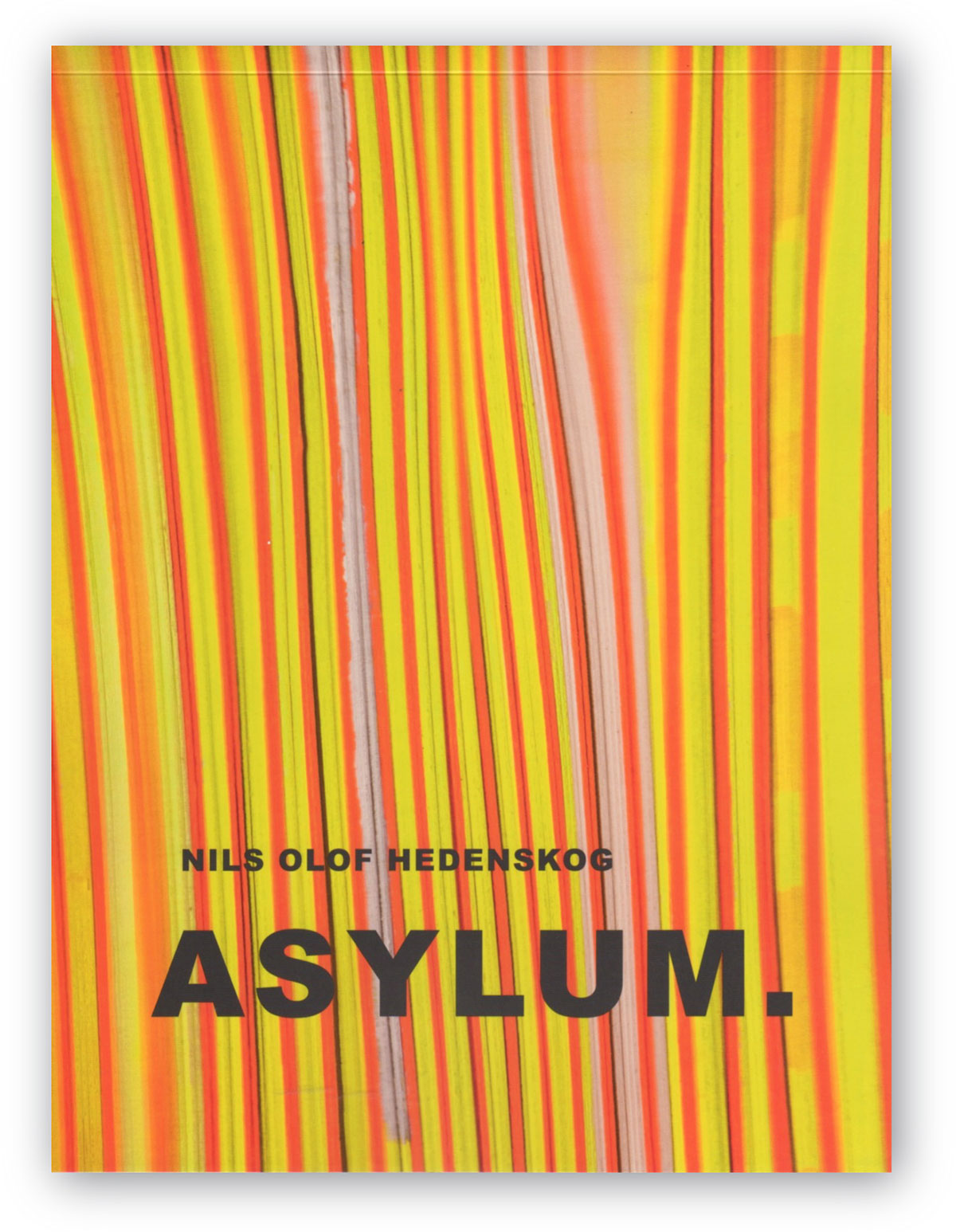 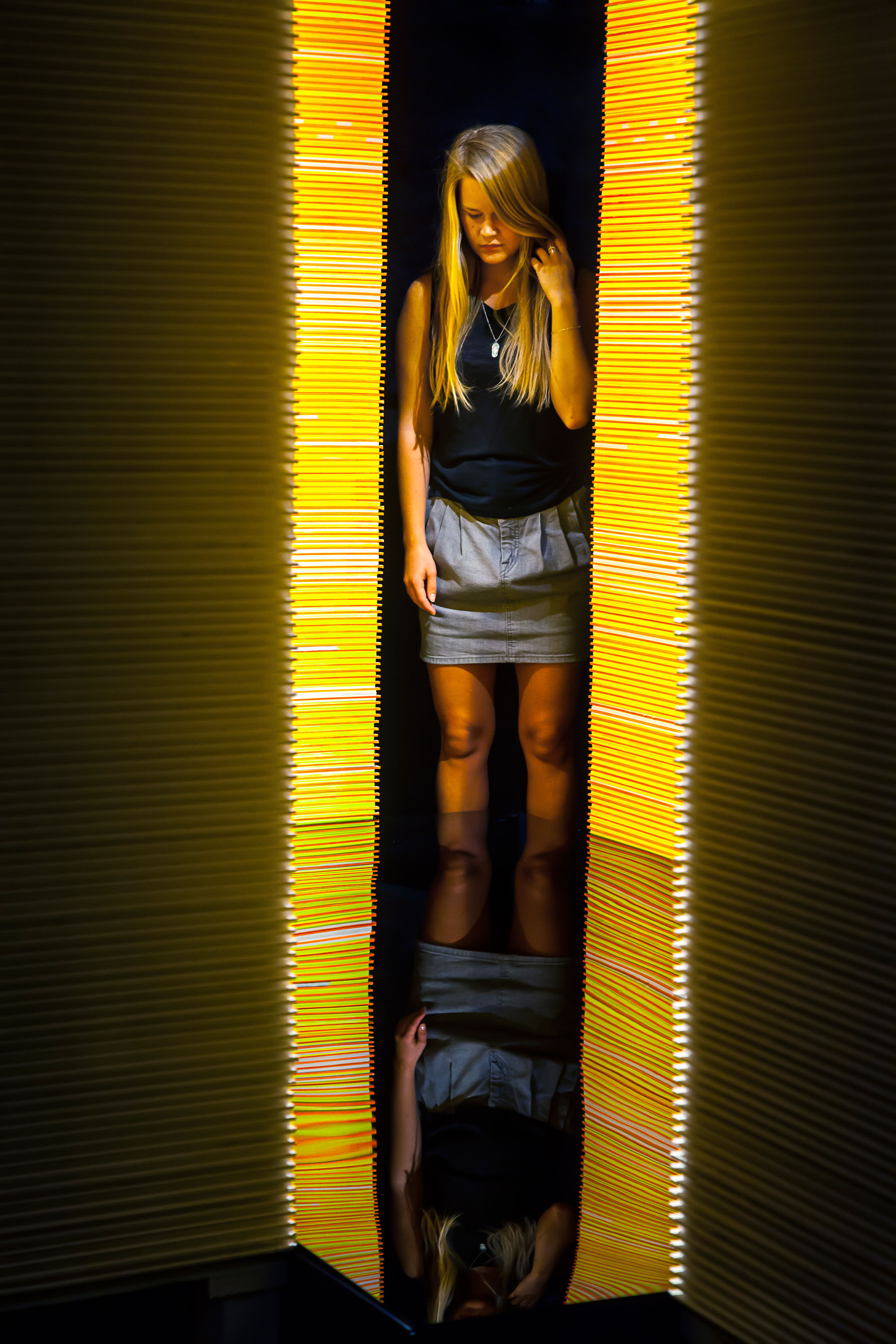 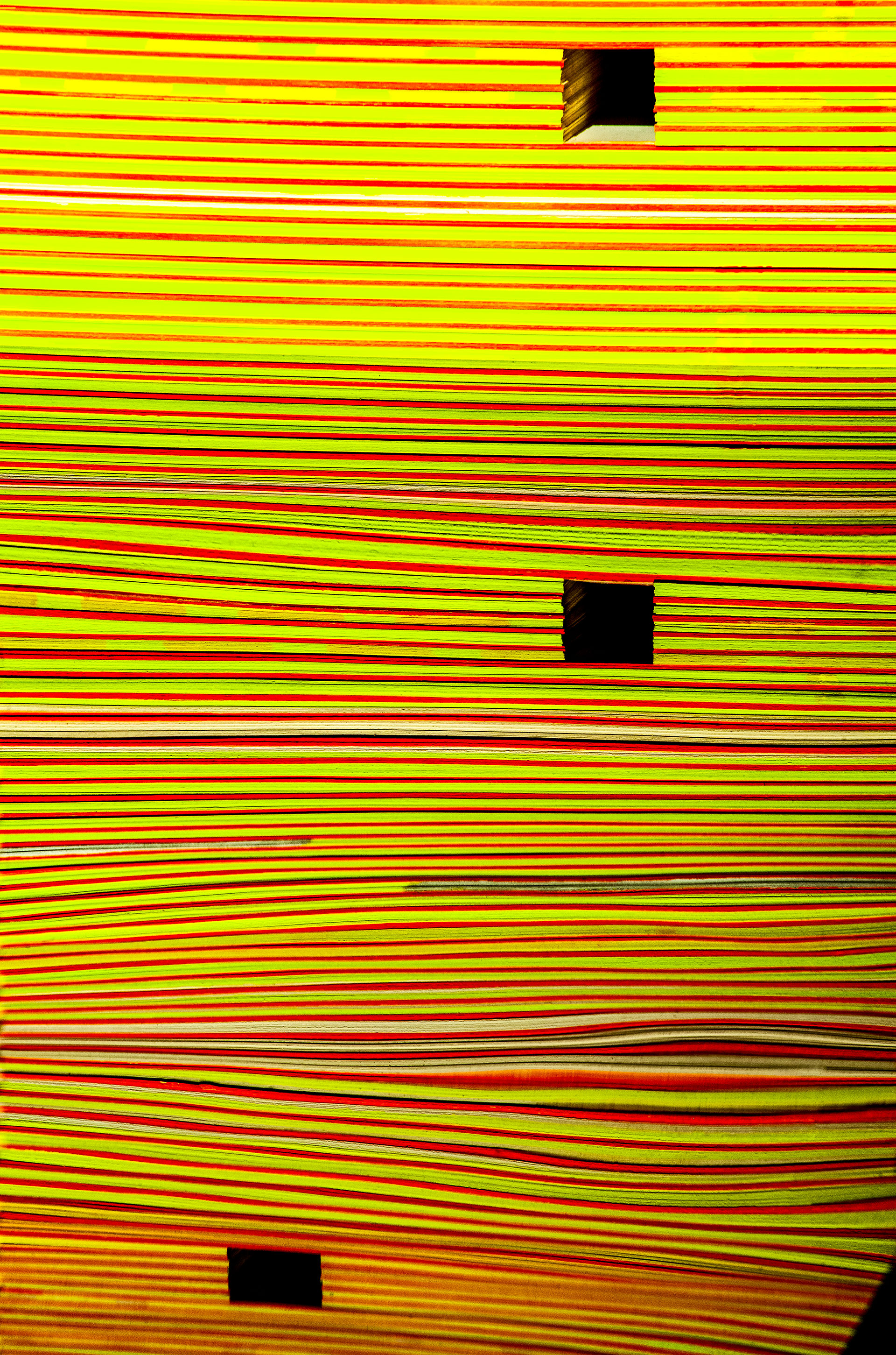