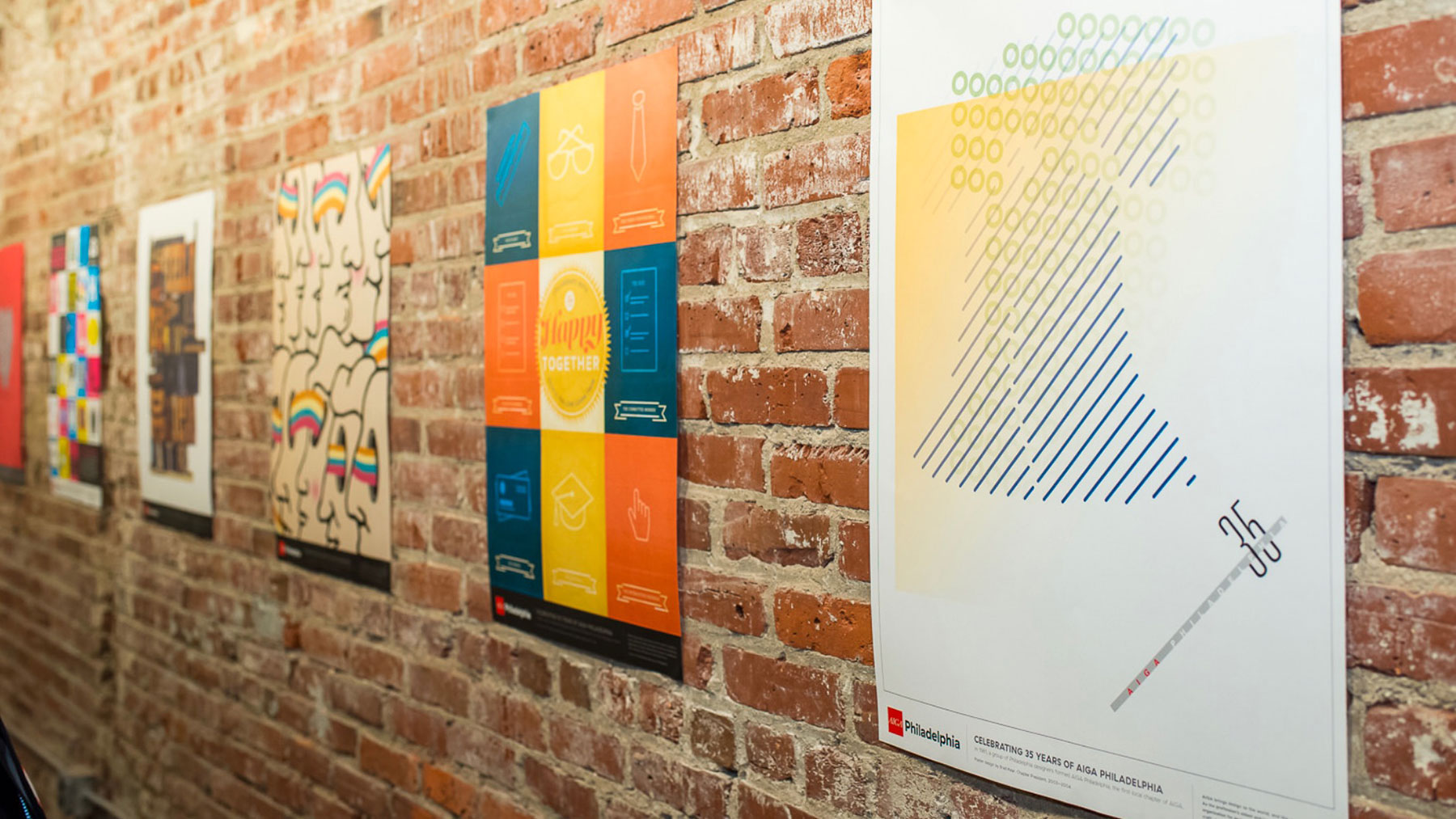 In 1981, a group of Philadelphia designers formed the first local chapter of AIGA, the professional association for design. In the 35 years since its inception, AIGA Philadelphia has grown from 25 members into a thriving community of more than 700. With its mission to advance design as a professional craft, strategic advantage and vital cultural force, AIGA brings local designers together as a community.

Recently, AIGA Philadelphia celebrated its 35th anniversary with a party and special exhibition. The event provided a key opportunity for the design community to come together and embrace the bond that they have with one another based on skill, trade and craft.

To mark this milestone, AIGA invited 35 influential Philadelphia designers, and those who have played a significant role in the history of the Philadelphia chapter of AIGA, to design posters for a commemorative collection and exhibition. The theme: the role of design in Philadelphia and the important influence AIGA has had, and continues to have, on the local design community.

The designers who created the artwork for the prints were given the opportunity to push the limits of their imaginations by creating artwork that would be printed on their choice of three unique substrates: Neenah Classic Linen Epic Black, Neenah Astrobrights Re-Entry Red, and Neenah Classic Crest Avalanche White (stipple finish). Designers were thrilled at the opportunity to think outside the box and were amazed at the final output. 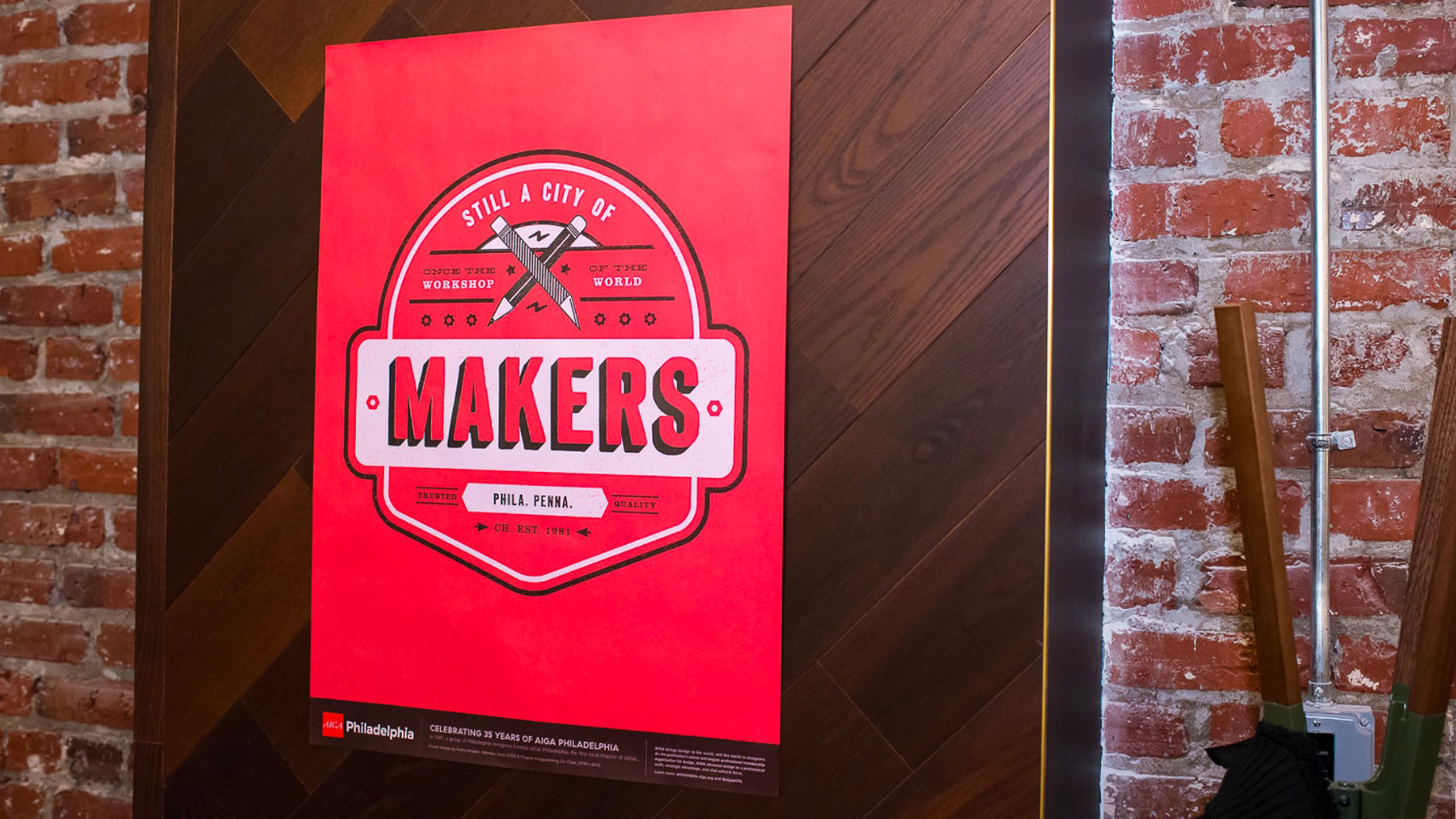 Perfect Communications, AIGA’s printing partner for this project, had installed two new HP Indigo digital presses – an HP Indigo 7800 and an HP Indigo 10000 – only two weeks prior to the anniversary party; this was going to be their first chance to test out the capabilities of the machines. Color quality and consistency had to be of the highest caliber to meet this design community’s strict standards. In many instances, the designers had never before had the opportunity to design utilizing the HP Indigo white ink option, and were unsure how their prints would turn out.

Leveraging the speed, print quality, B2-format size and white ink capabilities of the HP Indigo 10000 digital press, Perfect Communications produced and delivered 50 sets of posters in less than three days. According to their team, “delivery on this project wouldn’t have been possible without the reliability of the HP Indigo technology.” The press yielded amazing results.

In particular, designers were impressed with the even color that the HP Indigo 10000 was able to produce as well as the opacity of the white ink, the brilliant colors and the gradients. No one could distinguish a difference in the quality of the digitally-produced prints compared to traditional printing methods. By producing the artwork digitally, Perfect Communications found that the ink didn’t wick, and even using textured paper didn’t interfere with the fidelity of the images. 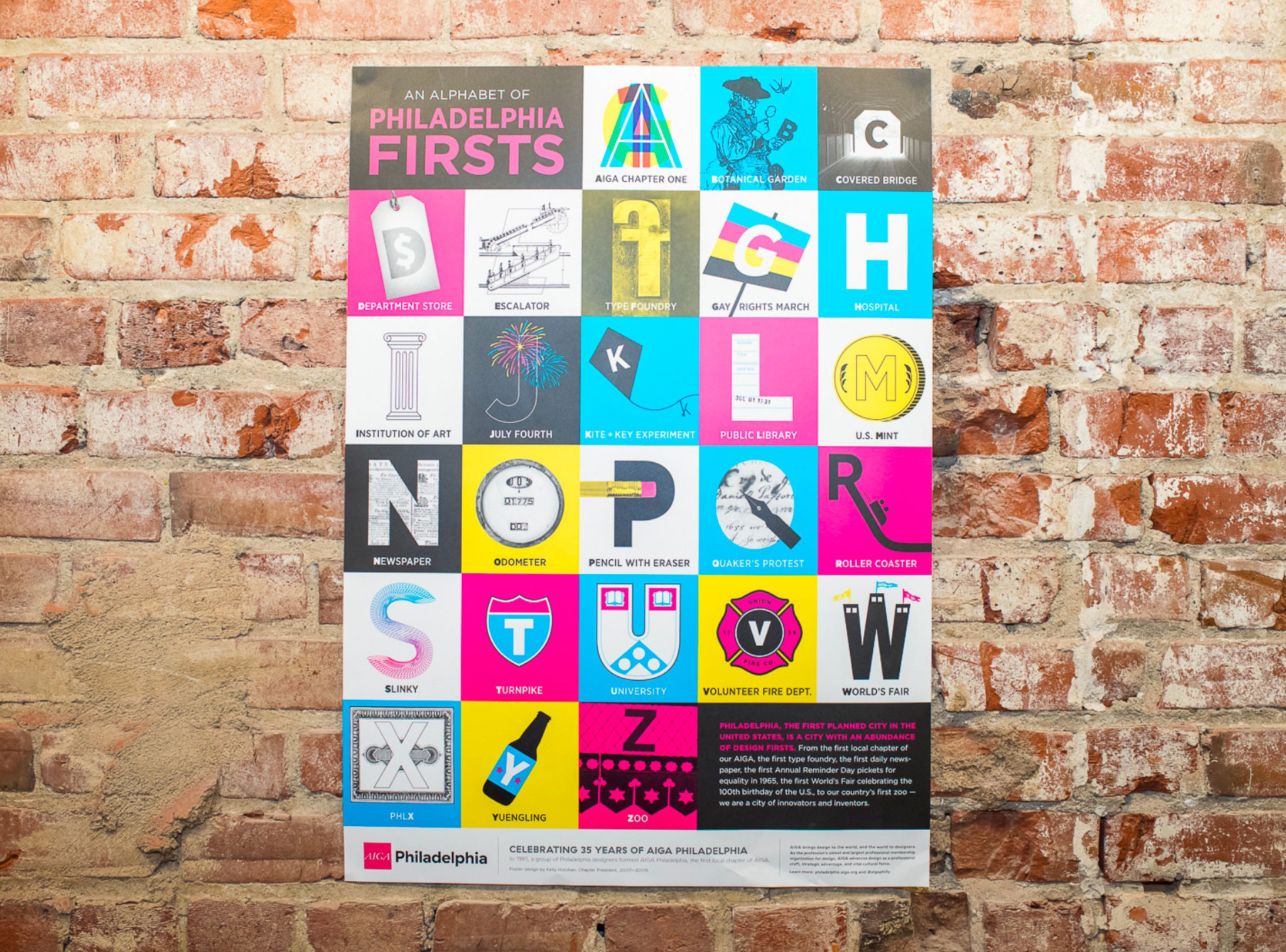 Perfect Communications’ customers are now requesting that their jobs be run on the HP Indigo digital presses specifically, thrilled with their superior print quality and added value.

The Perfect Communications team is excited to offer unique and compelling solutions to their clients. The capabilities of the HP Indigo 10000 Digital Press have had a tremendous impact on the way they conduct their business as well as the service offerings they provide their customers.

Currently the AIGA posters are on display at Bluecadet, an Emmy-winning digital agency in Philadelphia. There have been requests by several local entities to bring the exhibit to other locations such as schools and universities to further promote design as a profession. 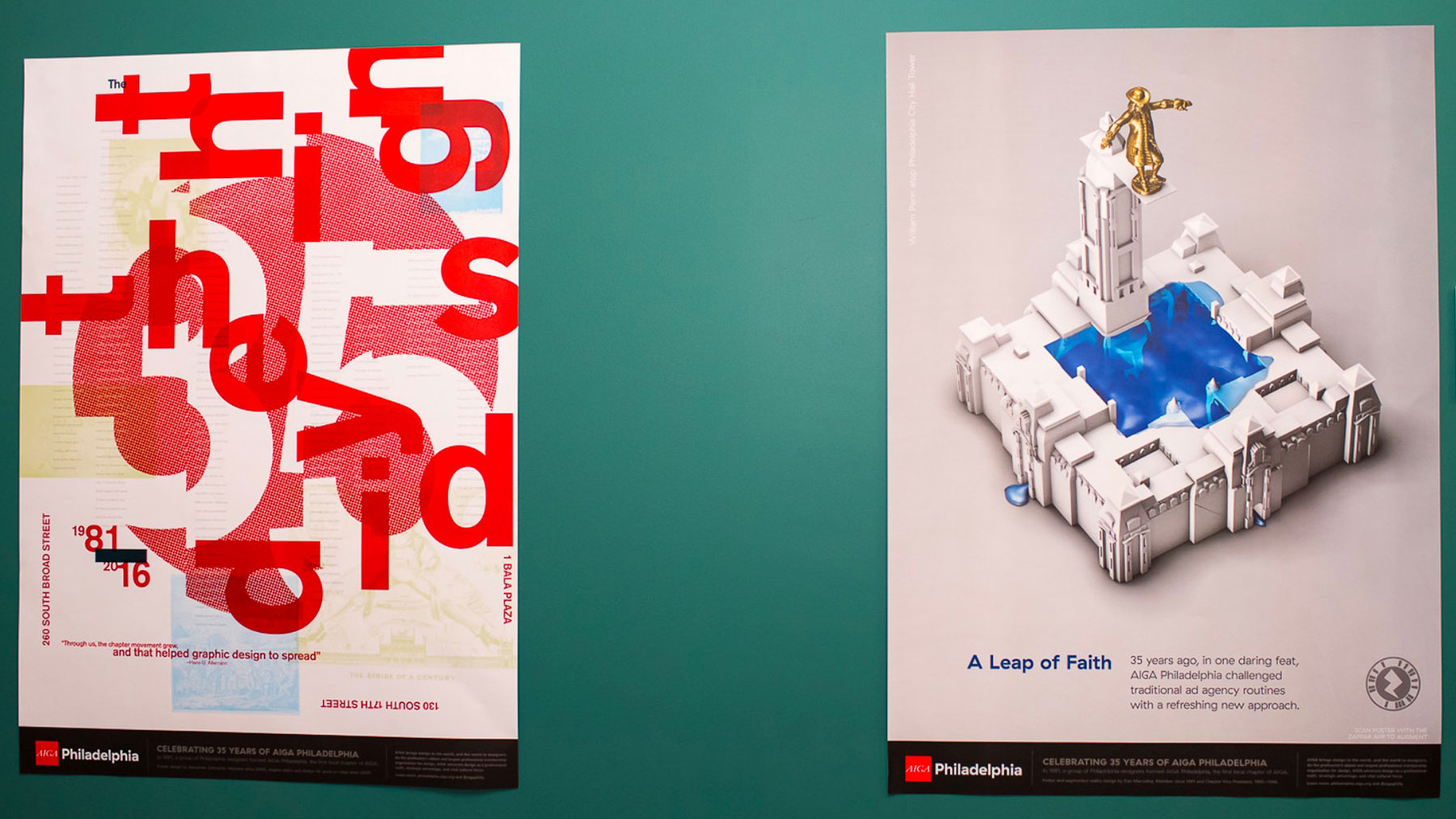 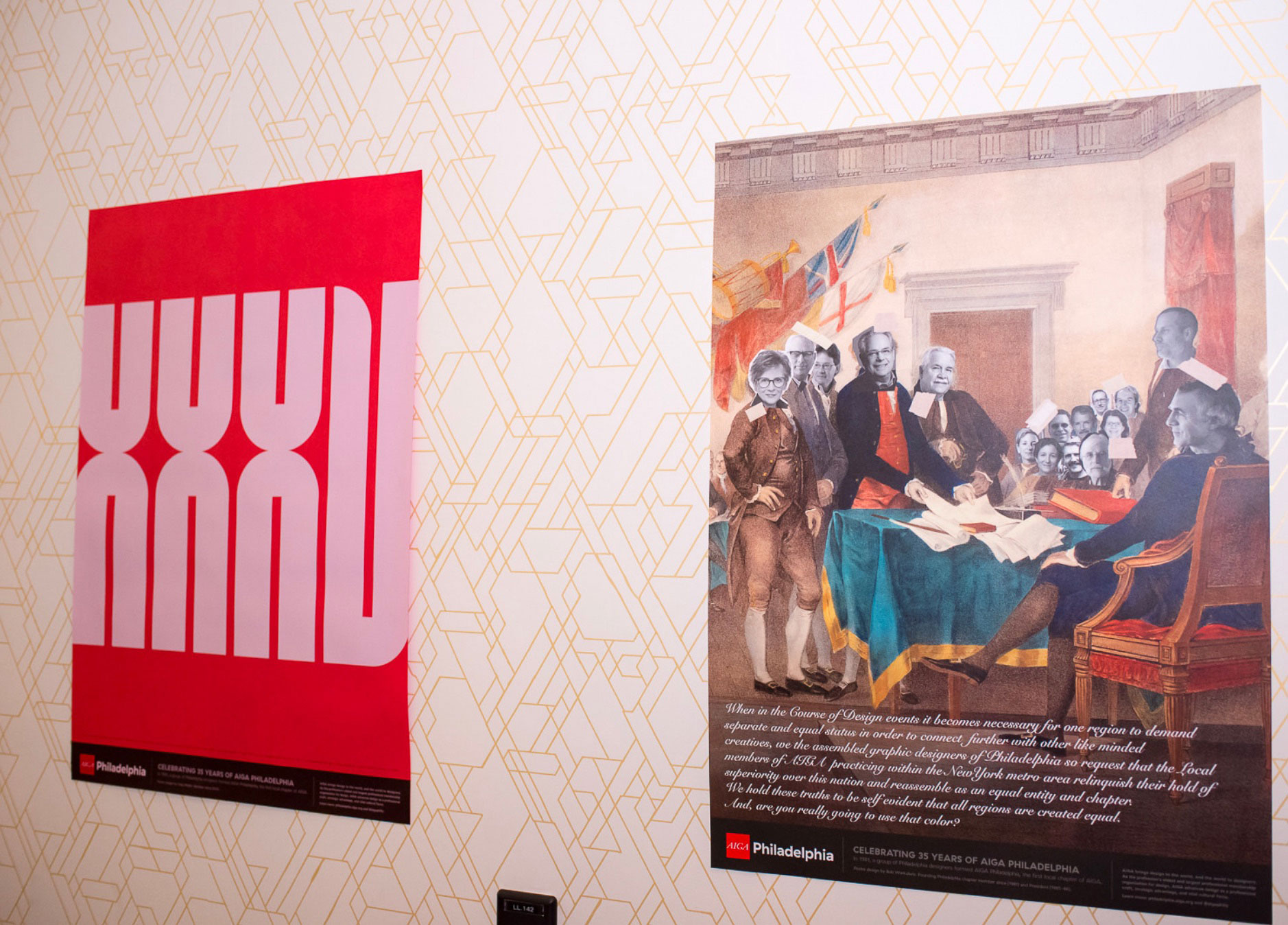 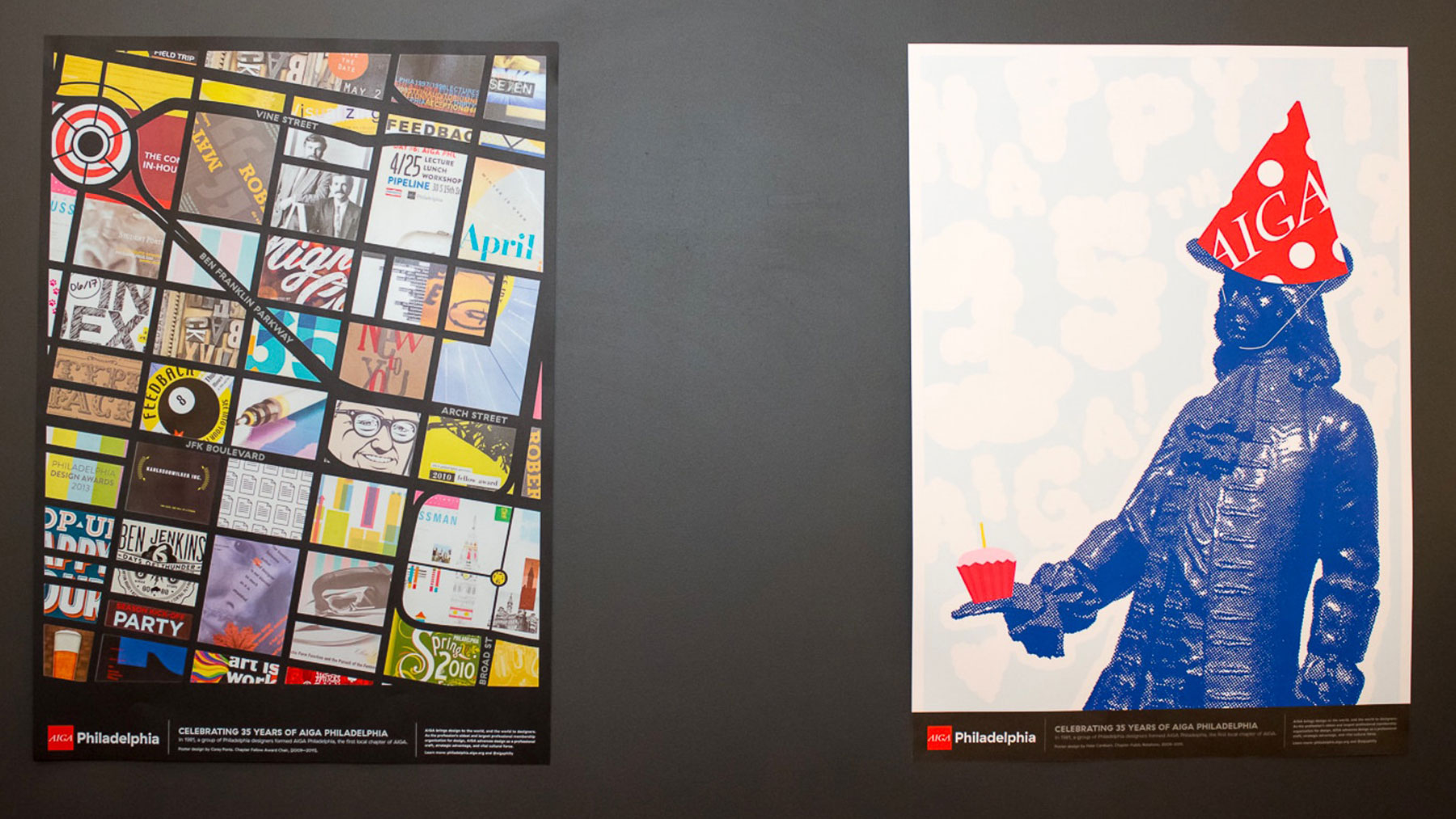 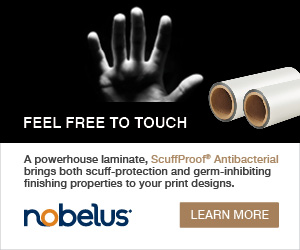