Never mind catching lightning in a bottle, how about capturing one person’s imagination in a book? And then giving that book a honking expensive display case?

Mexican fantasy/horror filmmaker Guillermo del Toro is currently riding high on his giant robots vs. giant monsters flick “Pacific Rim,” but is more revered for earlier works, including the Oscar-winning “Pan’s Labyrinth.” Next month, Harper Collins releases “Guillermo del Toro’s Cabinet of Curiosities,” a collection of notes (in Spanish and English) and sketches from his private journals, as well his filmmaking diaries.

Even the briefest glimpse of his notebook entries gives you some idea of the aesthetics involved here. But wait, there’s more – if you pass up the $60 hardback in favor of a (gulp) $750 limited edition. 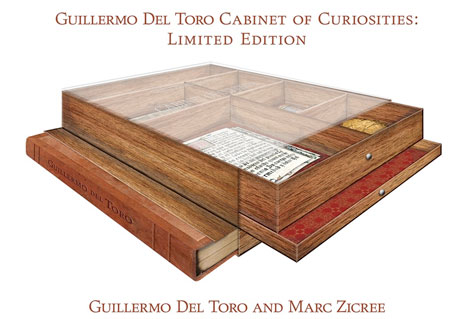 With this one, the book (printed on high-quality matte paper featuring some debossing) is signed by del Toro and housed in the secret compartment of a 2-drawer cabinet. The bottom drawer holds four never-released art prints; the top contains three custom-reproductions of props from his movies:

And yes, there’s more – but $750’s worth? Maybe. If we ever find a spare $750 we’ll let you know. (Perhaps we can interest you in a limited edition PaperSpecs newsletter?) 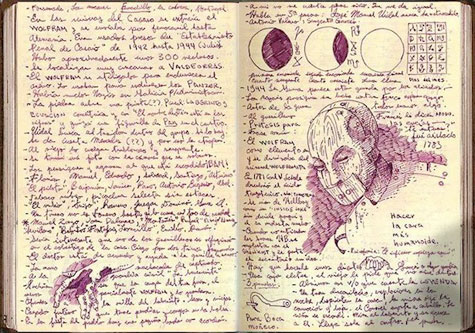 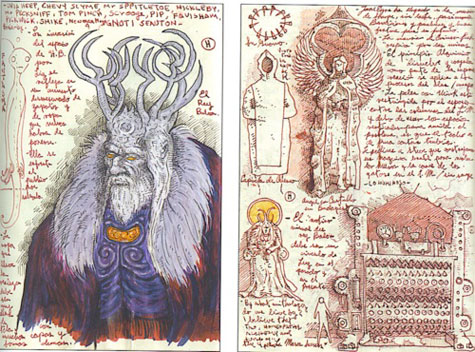