The 10-Page Postcard: Take that USPS

Relying to any degree on the U.S. Postal Service lately is a lot like trying to weather an abusive relationship. One moment they’re threatening to leave us (at least on Saturdays), the next they’re saying that if they stay, they’re going to expect more of us – about $300 million a year more if expected postage hikes go through.

While there’s little that can be done about retaining Saturday deliveries – or to-the-door deliveries, another service that’s on the chopping block – we can at least get the biggest bang for our postal buck.

One solution that intrigued us recently is B&W Press’ postcard-size Mini “Slim” Catalog: a 10-page piece that qualifies as a folded self-mailer at the Standard Automated Letter rate. And if that’s not enticing enough, how about this: no wafer seals necessary.

While the item seems tailor made to take advantage of recent postage pressures, the company has actually been producing the piece for four years now, says one of the owners, Russ Beegan. “It’s just started to explode now.”

Not surprisingly this company – once known mostly for its catalog bind-in order form envelopes – has grown its proprietary Mini “Slims” to make up about 25% of its business…and growing.

The benefits
To understand what all the fuss is about, let’s take a look at the stats:

That last part has proved to be one the Mini “Slim’s” biggest selling points. If this was a standard Slim Jim booklet, the post office would require wafer seals to prevent it from popping open during its run through their machines. And nobody likes wafer seals. It’s like those closures are saying “don’t open me. But those people who do choose to open them, oftentimes they end up destroying the piece or they cover up copy, who knows,” Beegan explains.

How many of us even bother to open wafer-sealed booklets anymore? 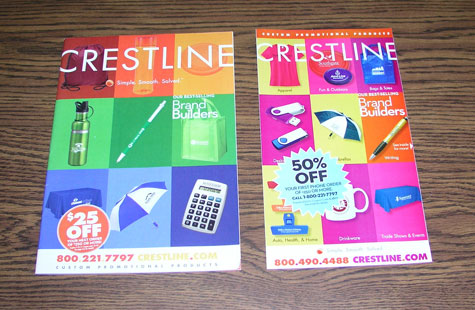 The paper
Naturally you can’t just send any old paper through the mechanistic hell that is USPS automation. Regulations require it to be a minimum 70 lb. sheet (though you can go as low as you’d like if you want to use the piece as a package insert instead). You can certainly use a higher basis weight and whatever finish strikes your fancy: dull, matte, opaque, you name it.

B&W Press’ go-to paper is Sappi’s 70 lb. Opus Gloss, favored for its greater stiffness compared to the nearest competing sheet. Sappi’s Maine location being just two hours away from the company’s Massachusetts address is simply icing on the cake.

Though the company prefers to stick to a minimum 10,000 print run, it’s recently offered 2,000 to 6,000 “gang runs” that are paired with larger runs, though “pricing is not going to be spectacular at these low, low runs,” Beegan admits.

On this, the week the Postal Board of Governors is expected to meet to decide on a substantial postage increase, it’s quite possible that products like the Mini “Slim” will become the new normal. And wafers will remain where they’re meant to be: the dessert tray. 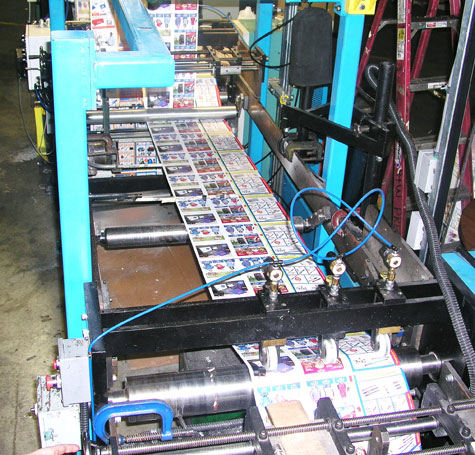 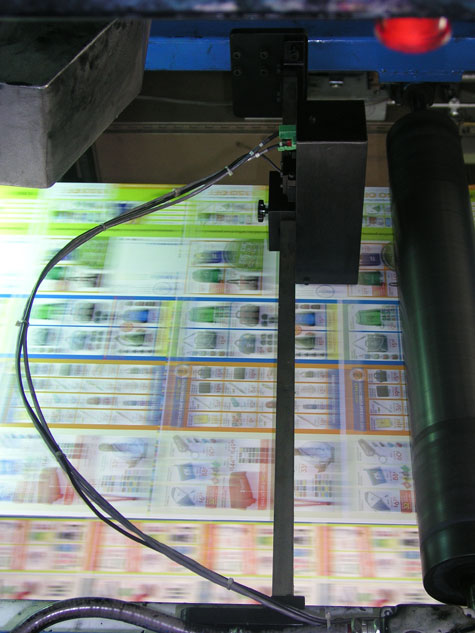 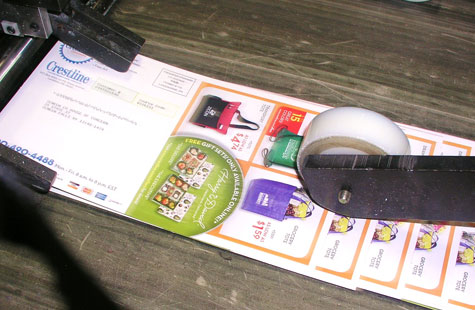 A former writer and editor for USA Today, Aaron Berman is the editor of PaperSpecs, and covered the newspaper industry for the Newspaper Association of America’s monthly magazine, Presstime. He is also author of the forthcoming book “Soap: The Inside Story of the Sitcom that Broke all the Rules,” and wonders if anybody reads this far into bios…