New Tools for the Creative Cloud

Yes, the big Adobe news recently was that Creative Cloud subscribers currently hover around the 1.3 million mark since its June launch. But buried in those reports was the more remarkable news that Adobe plans to go ahead with its first bits of hardware – a Cloud-connected stylus and ruler – to be released during the first half of next year. Also announced: two apps for getting the most out of those tools.

Dubbing all of these things “tools for the new creative,” Adobe could very well change the way you design just about everything.

Project Mighty (aka “that pen thing”).  A pressure-sensitive stylus designed to work with your iPad, which carries around all your favorite assets and presets from your Creative Cloud programs (e.g., brushes, colors), which can be shared between devices.

Project Napoleon (aka “that ruler thing”). Frankly, we’re still not sure what it’s supposed to do. Supposedly it will add precision to your straight-edge and shape drawing on the iPad (used with the Mighty, of course). Beyond that is anyone’s guess.

App 1: Project Parallel. A sketching/drafting program for the iPad. Like the app below, this one is optimized for use with Mighty and Napoleon.

App 2: Project Contour. An iPhone app that automatically generates an outline of any object you photograph with your phone – kind of like an Adobe Kuler for shapes. And because everything’s connected via Creative Cloud, you can move these outlines to any device or Creative Cloud program you use.

(A teensy bit more on these apps here.) 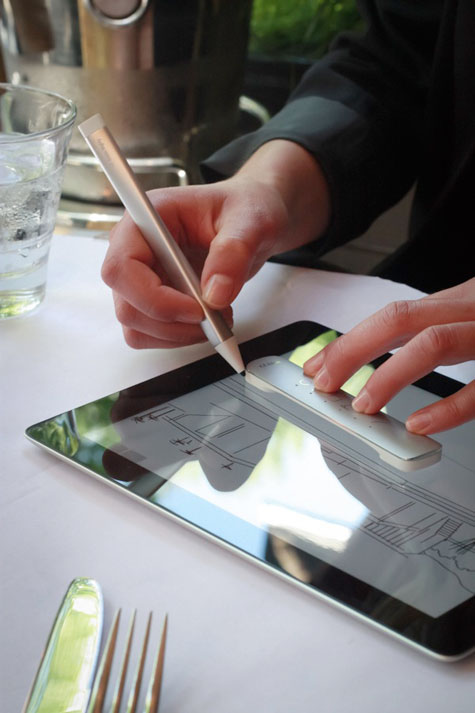