What happens when uber-clever advertising agency OgilvyOne meets the uber-focused color-classifyer Pantone? A colorful bit of whimsy in the offices of the former, and major cool points for the latter. OgilvyOne’s design team transformed two structural columns in their workplace into colorful comedy-tragedy-like twin emoticons using “paper pixels” – 1-inch-square Pantone chips torn from more than 100 Pantone swatchbooks. (Not to worry: the books were supplied by After Sales Director for Pantone EMEA Paul Graham, so the carnage was all officially sanctioned by the Color Mothership.) 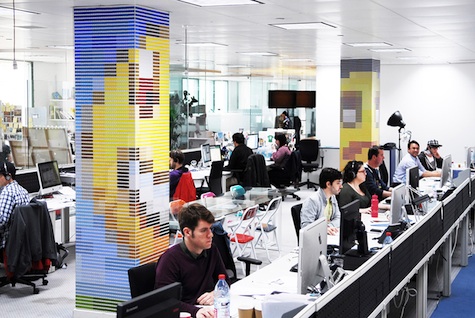 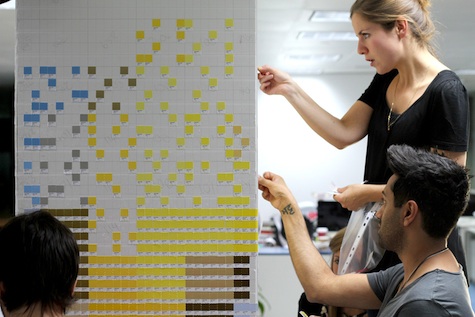 The two 10-foot-high emoticons, one smiling, the other frowning, were hand assembled by 12 people over 52 hours. You can watch the creation of these twin Pantone pillars below: