If you grew up in the ’70s, ’80s or ’90s, you might fondly recall a gentler time when our favorite movies, comics and TV shows were shrunk down to  2.5-by-3.5-inch cards, and bundled into wax paper with a slab of cardboard-like gum to keep them company. Seems somebody else was fond enough of those days to create a series of similar trading cards all their own: 9 to 5 Warriors.

Developed by a fellow called Brandon Braswell, the cards depict the battles that take place within an office between two groups of mutated office products and snacks: the Water Cooler Commandoes and the Break Room Bandits.

While the art and concept will not appeal to everybody, what got our attention were the pains with which Braswell went to reproduce the card packs from yesteryear – each wax wrapper comes packed with six trading cards. And in lieu of the cardboard-like chewing gum, he’s included instead pencil shavings, sugar packets, sticky notes and office supplies.

Quite frankly, we’d love to see this format reproduced for résumés, identity pieces, and other attention grabbers. Get it in front of the right people and you’ll have them at “hello”. 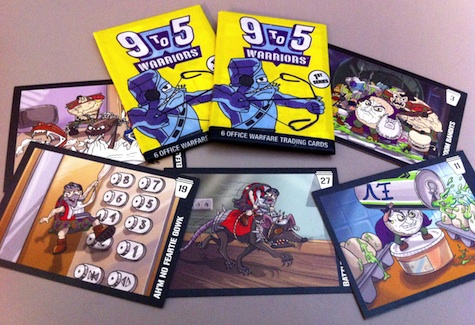 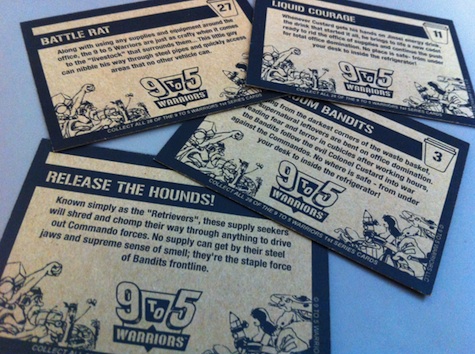