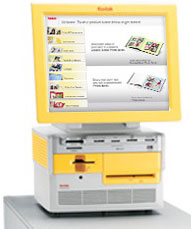 The post-Chapter-11 fate of those 100,000-plus Kodak photo-printing kiosks tucked away in grocery and drugstores across North America just became a little clearer this month.

On Demand Books revealed that it’s struck a deal with Eastman Kodak to incorporate the photo-giant’s picture-printing kiosks into its own in-store book printing system, the Espresso Book Machine (EBM). This would allow the company to instantly print photo-related material such as photo books, in addition to the softbound books the EBM already prints within a few minutes at a time. There are currently about 30 EBMs in use in the U.S. 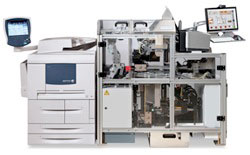 Yet that pesky Chapter 11 status could scuttle things as the above deal was actually signed before Kodak announced plans to sell its photo-kiosk business as part of its restructuring, meaning the partnership could come to a speedy end if whatever company buys it decides printing books in stores isn’t in their financial picture.