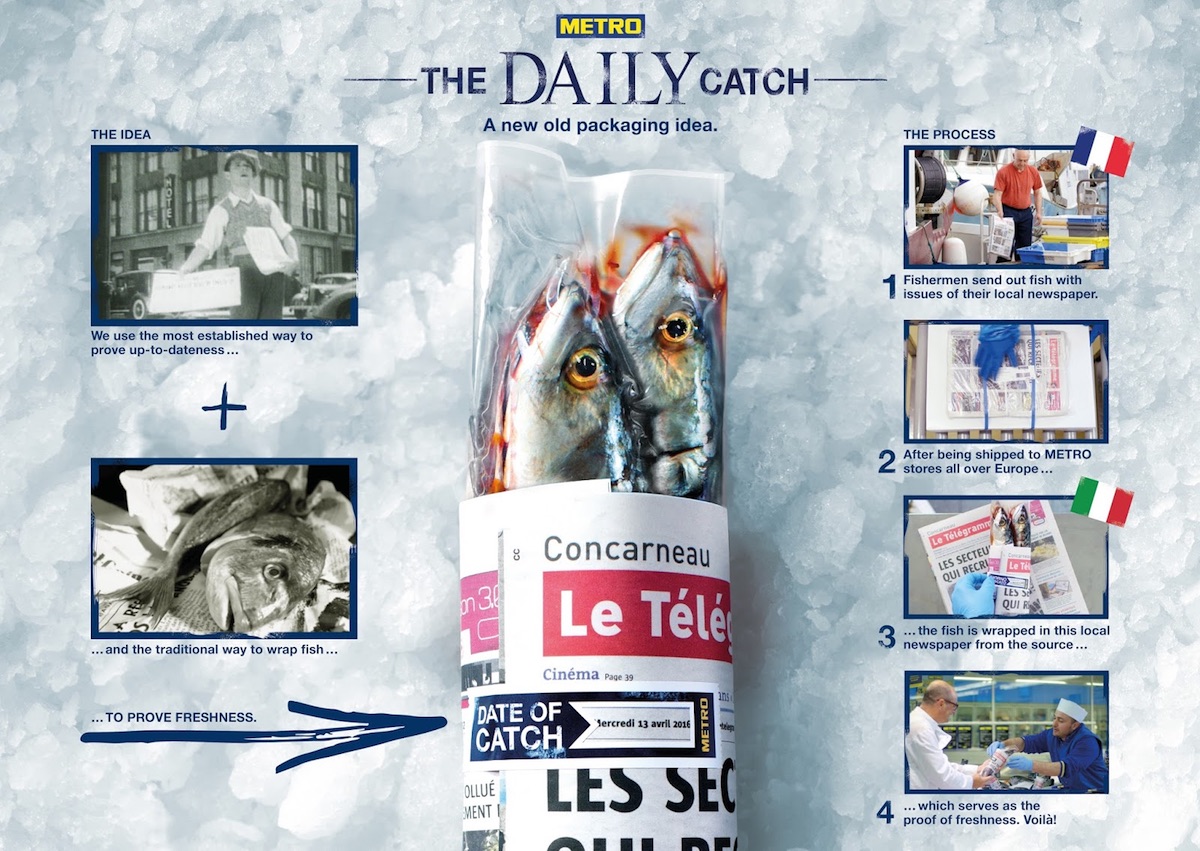 The relationship between fish and newspapers is a long one. The British, for example, have long enjoyed receiving fish and chips in newspaper, at least until the European Union largely put a stop to the practice (thanks, Brussels). And fish merchants the world over have traditionally sold their wares wrapped in it. Creative agency ServicePlan decided to update this practice for Germany’s Metro stores by not really updating it at all. They simply encouraged the fishermen all over the world who supply the store with fish to send a copy of that day’s edition of their local newspaper to Metro along with the day’s catch. 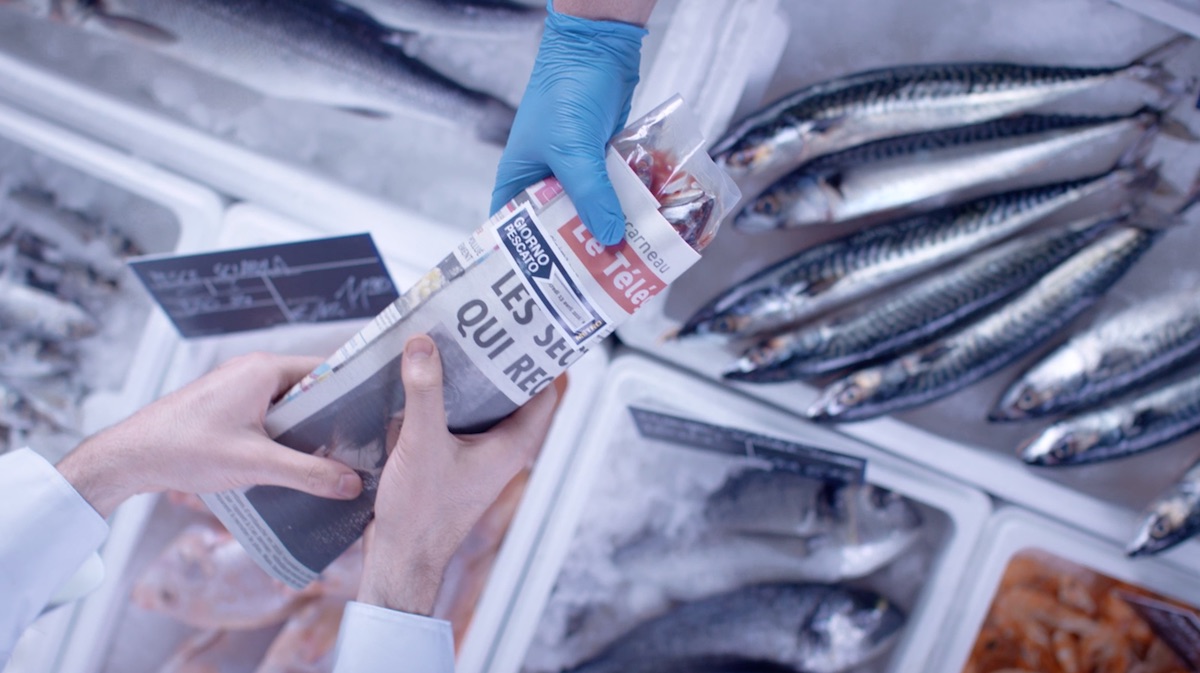 Once these are received, the Metro staff seal the fish in plastic, wrap a page of that fishermen’s newspaper around the package, and seal it in place with a label marked with the date the fish was caught. 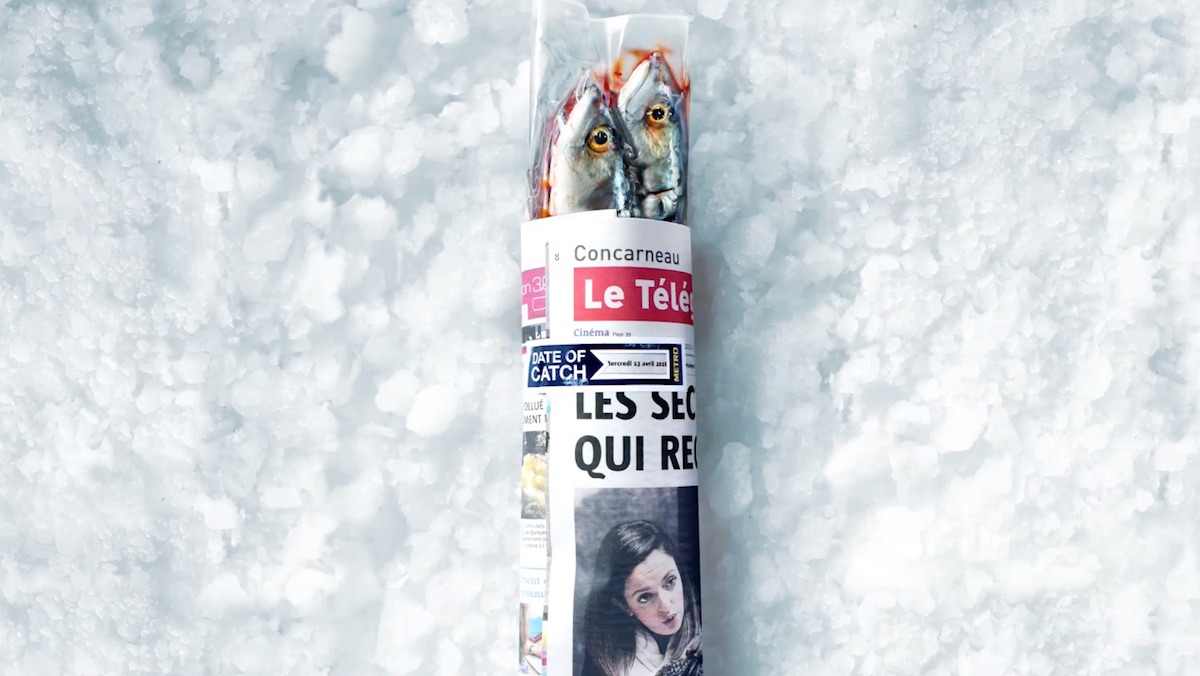 The solution is simple, elegant and steeped in centuries of tradition. As an added bonus, since this fish comes from all over the world, you never know what nation’s newspaper your fish will come in.