We’re used to seeing Adobe as the company that enables us to bring our designs to life, but what happens in the company itself is something of a mystery. Thanks to a recent FastCoDesign piece, though, we now know about the Adobe Kickbox, a marvel of Silicon Valley bravado and clever software development.

The Kickbox itself is a red cardboard affair given to Adobe employees upon request, bearing an illustration of a fire alarm and the words “Pull in case of idea.” Inside, everything someone might need to come up with the next big cash cow for the company. This includes a sea salt chocolate bar, a pen, two Post-it Notes pads, a mini-notebook for “Bad Ideas,” a larger spiral notebook, a $10 Starbucks card, and a six-level curriculum designed to help the user to develop their idea to the fullest. And a $1,000 prepaid credit card to cover initial development expenses. 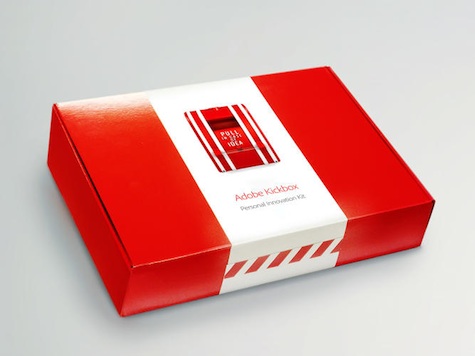 With Adobe Lightroom being a prime example of an idea that was developed by a single person, the company is betting that it stands to reap more marketable ideas by investing $1,000 in 1,000 different concepts than $1 million in a single one.

Anyone in the company can request a Kickbox, though only 1,000 have been circulated so far. Of those, 23 have taken their ideas through the development process to the point where they’ve received additional funding from senior management…and a blue box. What’s in the blue box? It’s the question that will be keeping us up at night for weeks to come…. 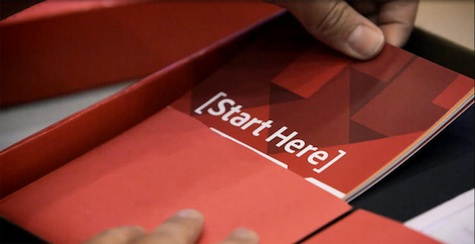 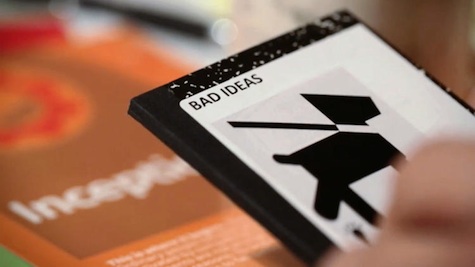