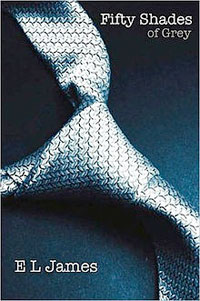 Buggy whip and rope manufacturers aren’t the only ones enjoying brisker sales these days in the wake of EL James’ “50 Shades of Grey” trilogy. Great Northern Paper Co.’s paper mill in East Millinocket, Maine, has been routing some of its output to Random House to help the publisher keep up with the demand for the modern-day bodice-ripper series.

Though the Maine mill is certainly not the only paper supplier for this publishing phenomenon, the 3,000-5,000 tons of Baxter Brite it has so far contributed to the cause has given something of a morale boost to those in East Millinocket who admit to such things (and material for idle gossip for those who engage in such things).

For a mill town that has a worried eye on a potentially competitive and heavily-subsidized rival paper mill in Port Hawkesbury, N.S., the paper order is “a real validation of our product,” Great Northern spokesman Scott Tranchemontagne told The Associated Press. The company only reopened its once-shuttered mill less than a year ago.

Once called “the town that paper made – Great Northern Paper began there in 1906 – East Millinocket will take its victories where it can find them.