A Story to Read Aloud From

Occasionally you come across a story that has it all. Paper art (yay!). Wee children making that art (yay?). And an investment banker complaining that he and his wife have been financially railroaded (irony alert!) over said paper art. This one has all three.

Investment banker Jon Heinemann and wife Michelle are suing their 5-year-old son’s $39,000-a-year private school for allegedly rigging a silent auction for an artwork their son’s kindergarten class made. As ABC News reports:

Nevertheless, the couple sued for more than $400,000 plus damages, accusing the school of “allowing a scheme that sought to extract $50,000 from [the Heinemanns] for goods that were not worth more than $3,000,” according to the suit. 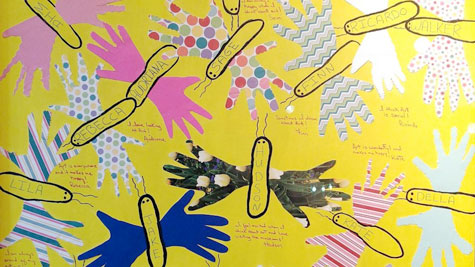 Perhaps the most interesting part of the suit alleges that their son, Hudson, was relegated to the role of ‘door holder’ and ordered to hold the door for all of the other students.”

We can only assume that those at the school were enormous fans of the classic British drama “Upstairs, Downstairs,” and the stern but kind butler on the series…Hudson.