It all began with a small design studio on a little road off Carnaby Street. SANTORO was Lucio and Meera Santoro’s small-scale venture into innovative graphic design. Today their work is found around the world, and they have won some 50 international awards for their designs, greeting cards and 3D books.

The company’s first big success came with its Swing Cards, a series of movable 3D greeting cards which are sent flat but unfold themselves immediately once they are removed from the envelope. Over the years the collection has gradually expanded and now consists of more than 90 different cards, which are sold worldwide, with more than 15 million recipients to date.

“If I’d realised how much work is involved in every card I never would have started this,” says Lucio Santoro in the company’s showroom at the current headquarters at Rotunda Point in Wimbledon. “This must be the highest level of construction using paper materials. 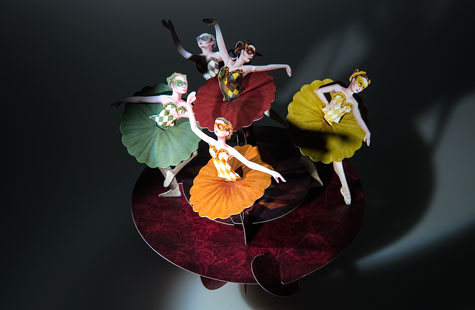 “But at the same time, the demanding construction work has also protected us from copies and plagiarists. There are many other products which are far easier to copy.”

It was while working on the original Swing Cards collection during the first half of the 1990s that the studio first encountered the paperboard called Invercote made by Iggesund Paperboard. Since then, all the studio’s advanced collections have been made using Invercote.

“Invercote maintains a very high and consistent quality,” Lucio Santoro says. “For our purposes, though, a few of its unusual features are the most important. Its very high tear resistance enables us to create finer details while at the same time the construction is more durable.

“Another important property is dimensional stability. Few people realize that when you are working in three dimensions you not only have to ensure perfect registration between the printing inks but also with the printed image on the reverse. Dimensional stability is crucial for this.” 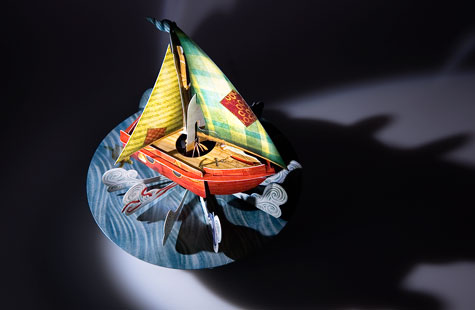 Over time SANTORO has built up a portfolio of designs, which the studio now licenses to other users, an activity that currently brings in almost half the company’s revenues. Designs by Santoro are now printed on everything from bags and gift articles to housewares, notebooks, ceramics, apparel and footwear to name just a few. Lucio and Meera have also produced three 3D nonfiction books: Journey to the Moon, Wild Oceans and Predators.

Sophisticated greeting cards are still an important part of SANTORO’s business. Last year the company launched its Pirouettes collection, which has good prospects of emulating the popularity of the Swing Cards.

“We believe strongly in Pirouettes – you have to when it takes about two years to develop a collection,” Lucio says. “Sales have gone well so far but it will be a few years before we can see how the collection measures up to Swing Cards’ 20 years of popularity.”

About 30 people work at SANTORO’s design studio in London, with a further 60 employees around the world.

PaperSpecs readers, do you want an exquisite Swing or Pirouette SANTORO card? Click here to get one! 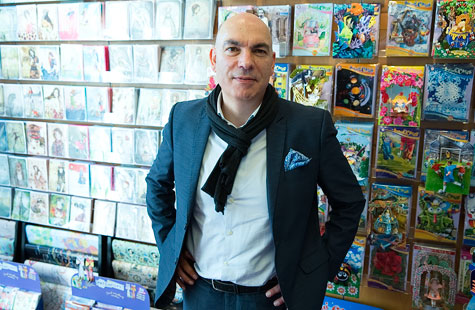