A Decade of The Dieline Packaging Design 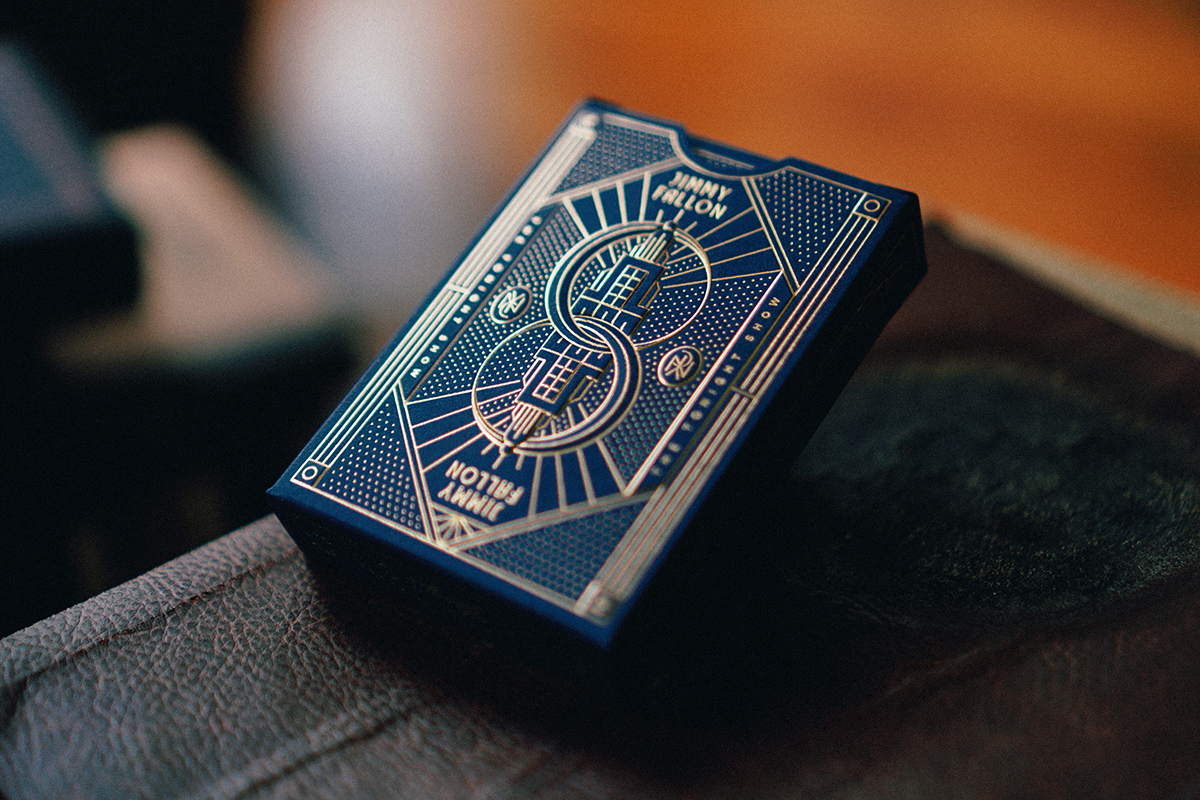 If you’re even the teensiest bit interested in packaging design (and who isn’t?), chances are there’s one website you check out frequently: The Dieline. From wine and spirit labeling to restaurant identities and more, if it’s packaging, you’ll find it there.

In short it’s become exactly what a then-20-year-old Andrew Gibbs was looking for prior to spring 2007 when he launched the site. Andrew will be the guest of honor at Iggesund’s “Evening of Inspiration with Invercote” event in Dallas on Nov. 2nd. Don’t miss your chance to discuss print, Dieline packaging and creativity with Andrew – RSVP now!

‘As a Packaging Designer I Felt Isolated’
Before The Dieline there was very little on the web about packaging, and Andrew was a new packaging designer thirsty for inspiration, wandering through LA department stores, scanning the shelves and secretly taking photos of packages while dodging security guards. Those images he would post on a Typepad blog that he dubbed “The Dieline.”

Today, 10 years later, the website has grown into a platform frequented by half a million unique visitors every month. It has also spun off several other projects: an annual conference, an international design award, a jobs page and, not least, the blog’s physical manifestation: the book Box Bottle Bag: The World’s Best Package Designs from TheDieline.com.

In one corner of The Dieline’s office in the Los Angeles Arts District, various types of packaging are lined up, mostly wine and spirits bottles. “They’re the ones we tend to save,” he explains as he shows us around. From the roof terrace he points to one of the skyscrapers in the heart of downtown. In a few weeks’ time they will move there – to new, bright rooms on the 36th floor. Things are obviously going well for The Dieline. 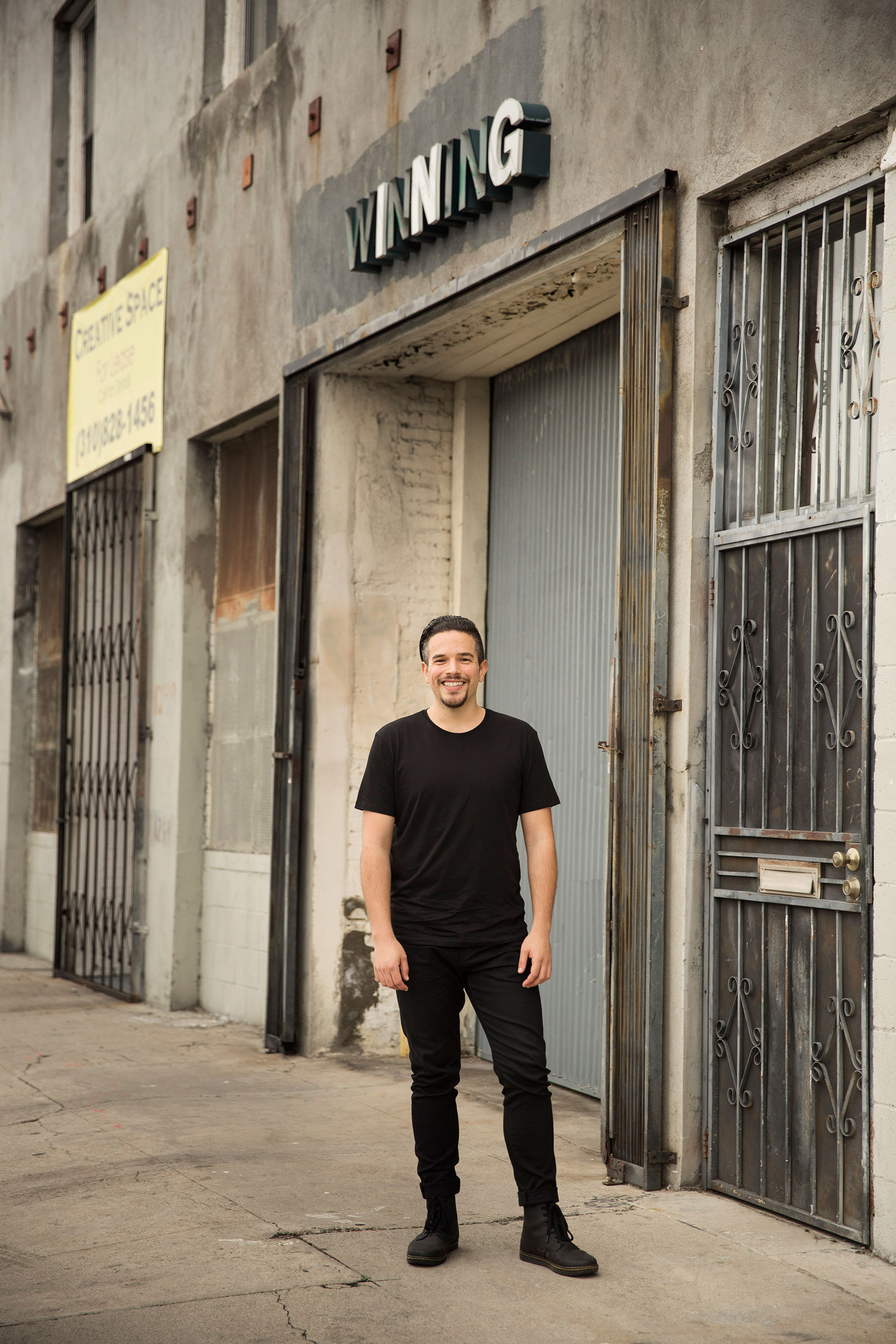 What do you think made The Dieline such a success?
I believe it has to do with need and timing. I had the right idea at the right time – when I started there was nothing similar. As a packaging designer I felt isolated. In order to design cool packaging, I had to know what was out there. But I could never have imagined the blog would become this successful.

But you need more than good timing to survive for 10 years.
Much of the success is due to how consistent we were. Every day, Monday to Friday, we posted five new projects – that was my goal from the beginning and we’re still doing it. We just posted our 10,000th project.

What changes in packaging design have you seen since you started The Dieline?
I’ve clearly noticed that packaging trends follow the economic situation. Before the financial crisis we saw packaging that was luxurious and glamorous whereas in recent years we’ve seen a return to the minimalistic and simple. Consumers have become jaded – they want things that are simple and that they can relate to.

Which have been the most obvious trends?
One huge trend has been what we call neo-retro. It looks old and handmade but also feels fresh and new. Nature is another trend. Pantone hit the bullseye by choosing green this year. We’re seeing a lot more green packaging – and by that I don’t just mean the color – sustainability has become a very important factor. It’s not just an extra bonus any more but something consumers want and demand. 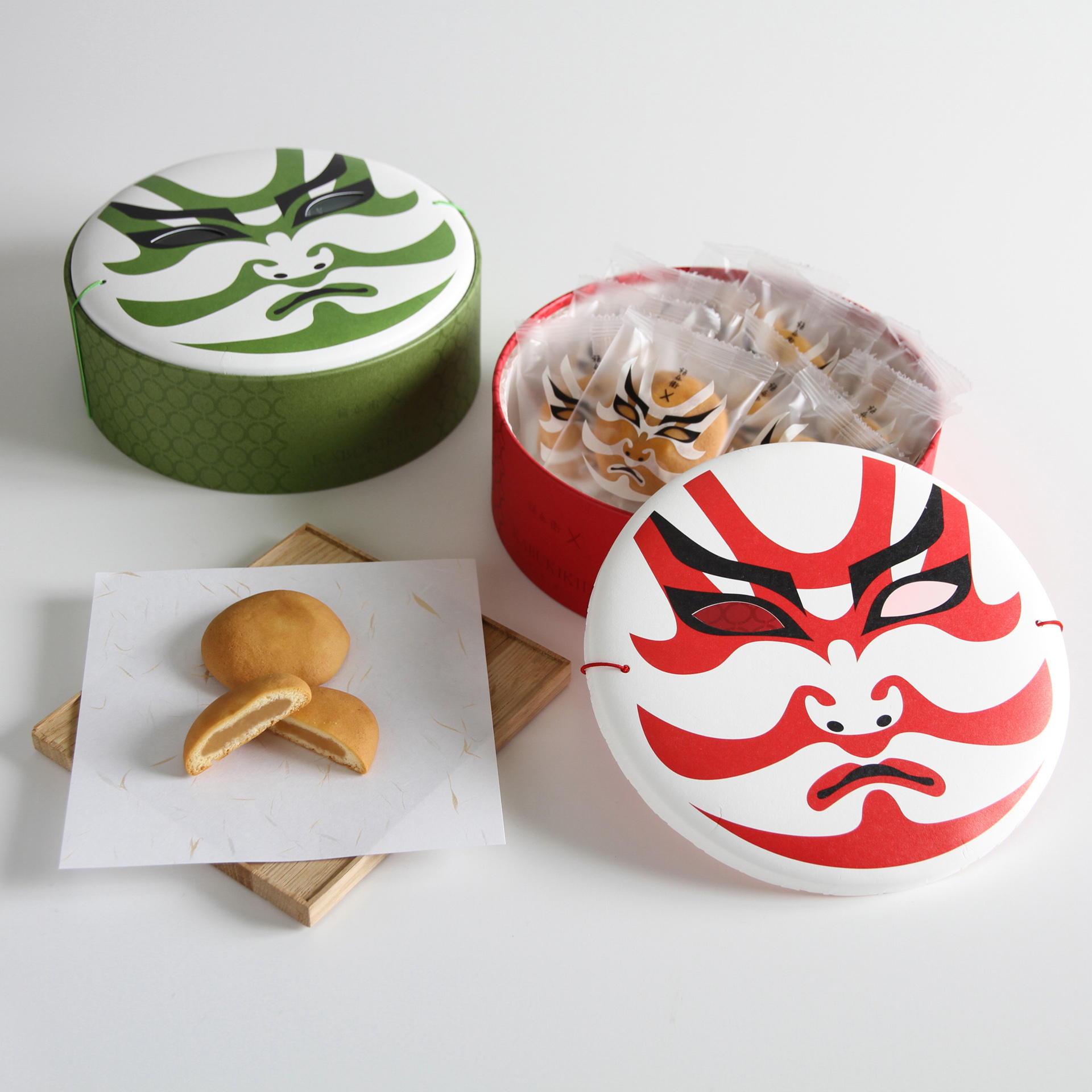 How might that work?
There’s a Swedish agency called Tomorrow Machine [featured in Iggesund’s Inspire magazine No. 47 – subscribe free here], which makes an olive oil in a bottle made of crystallised sugar. The bottle is totally edible and to open it, you have to break it apart. The agency also makes a juice packet of gelatin that shrinks as the contents expire – it’s also totally edible and biodegradable. The products are not on the market yet but I believe this is the future of food packaging.

So the packaging designer is becoming a scientist?
That’s basically what’s happening! Science and packaging have to merge, especially when it comes to food. People’s purchasing behavior is totally different and food packaging has to develop.

It feels like aware consumers prefer to avoid packaging when it comes to food.
People don’t want food packets that feel mass produced. That’s why designers are creating packaging that appears very exclusive, like it is handcrafted, or they draw on the retro trend by using an old-fashioned typeface. It gives the illusion that the food is homemade – that human hands have been involved in making it. 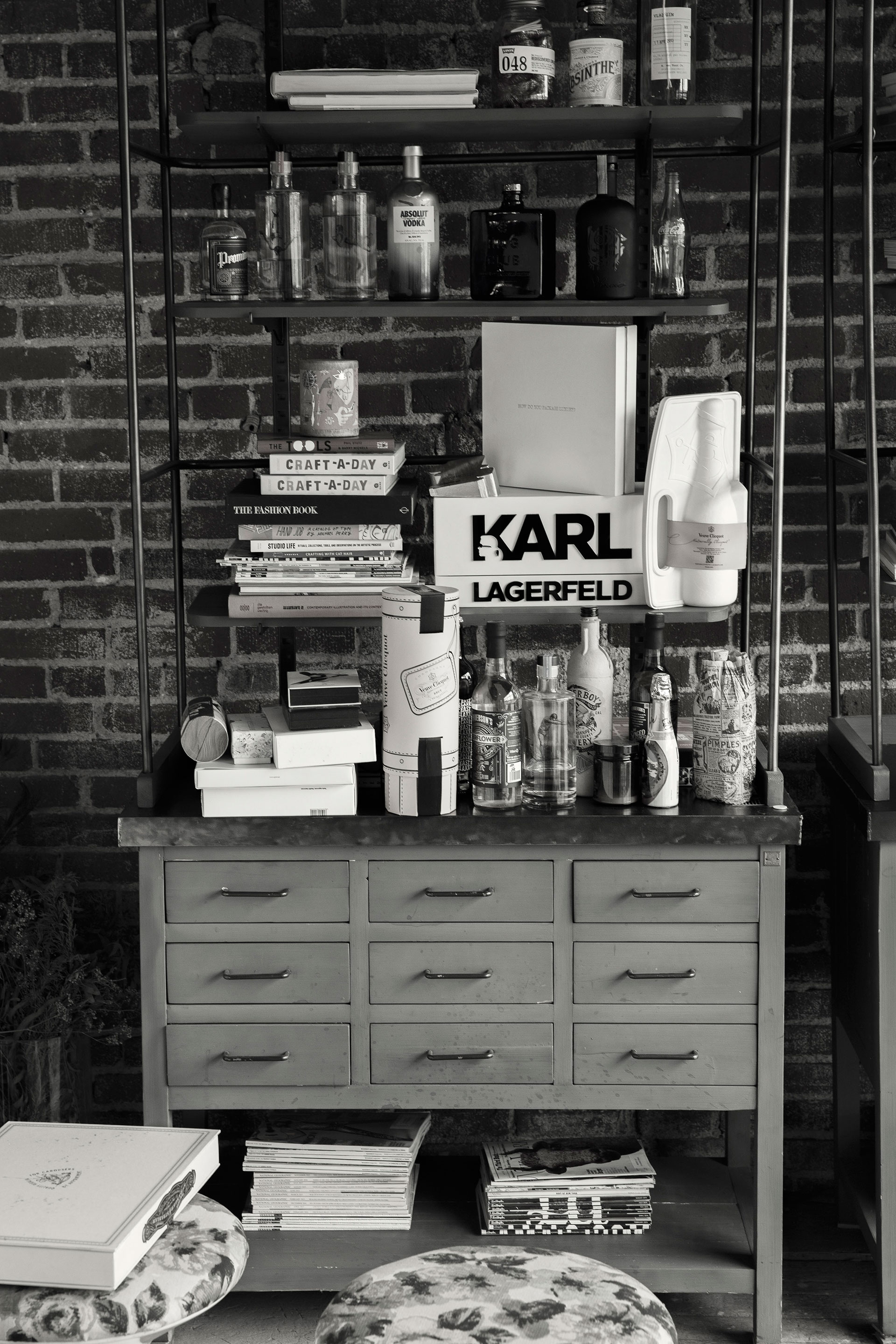 What packaging trend have you had enough of?
There’s a trend that we call extreme brand extension. For example, KFC launched a chicken-flavored nail polish that they called Finger Licking Good. In one way it’s fascinating but I don’t know how long lasting it is.

It doesn’t sound very appealing – how did it sell?
It sold out! They continued with the same theme and produced a sunscreen lotion called Extra Crispy. Then there are less extreme cases, like Crayola’s lipstick collection for Clinique, a terrific collaboration where they packaged the lipsticks in a box just like Crayola crayons.

What has online shopping meant for Dieline packaging design?
Partly that we have packaging as an experience – that’s what unboxing is about. In these cases, the design is more detailed and is worked out with social media in mind. Then we’re seeing a bit of the opposite in everyday consumables, where the packaging is being simplified because you are not buying the product in a physical store but seeing it as a small image on screen. A number of brands have begun designing two different forms of packaging for the same product – one for traditional retail outlets and one for e-commerce.

You’ve been blogging about Dieline packaging design for 10 years now – what do you see if you look ahead another 10 years?
I believe people will spend a lot less time in bricks and mortar stores – they really have to be totally developed in order to remain relevant. We’re already seeing how people are doing VR shopping at department stores from home and then going there to pick up the packages. Packaging must also be developed based on how people buy the products. If Amazon is delivering everything by drone in 10 years’ time then the glass bottle is going to become extinct. 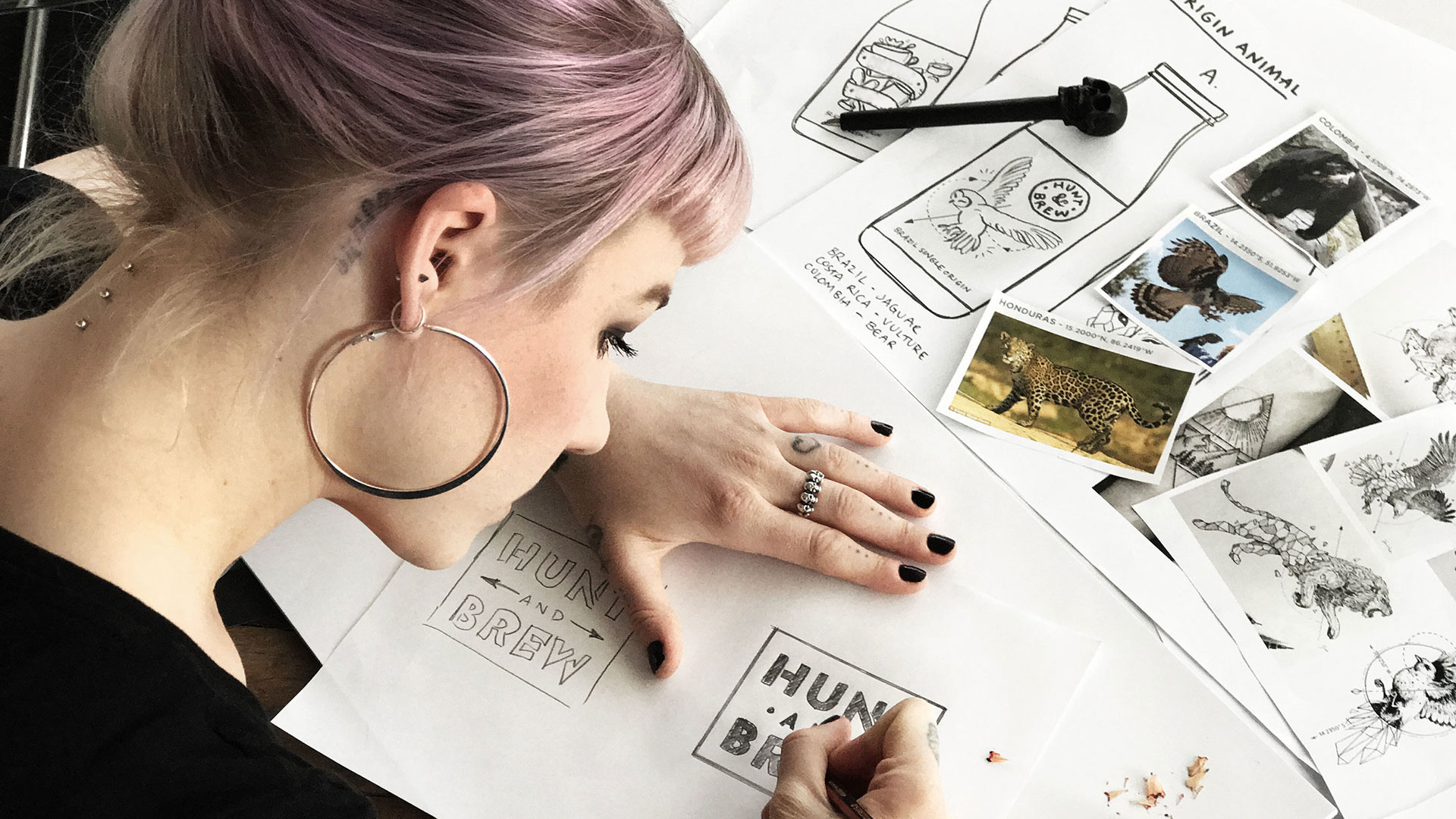 What are you most proud of in your work with The Dieline?
That it’s become a platform for designers around the world, because I’ve always wanted to be a part of the packaging design industry so it’s really an honor. I feel it’s my duty to represent the industry as best I can.

How do you consume packaging yourself?
I used to be a big consumer – that’s where it all started. Now I consume less than ever and I’m trying to use fewer products. I don’t buy a mass of stuff I don’t need – instead, I find something that works well and I’m satisfied with that.

You really don’t seem to be the only person thinking this way.
It’s totally a trend that we’re seeing. Especially among makeup and skincare brands, where they’re developing products to do everything. One product is replacing three. I think it’s great!

Don’t forget, Iggesund invites you to discuss print, packaging and creativity with Andrew at its “Evening of Inspiration with Invercote” event in Dallas on Nov. 2nd. Don’t miss this once in a lifetime opportunity – RSVP now!