What better way to employ letterpress clichés than through their original medium?

Occasionally a book can act as a window on another culture, its people and its history. Gustavo Piqueira’s “Brazilian Clichés” is more of a petting zoo – an exotic treat for all the senses. Inspired by the “Catálogo de clichés” by D. Salles Monteiro which features early 20th century Brazilian letterpress clichés, Casa Rex owner Piqueira had a bigger story to tell. 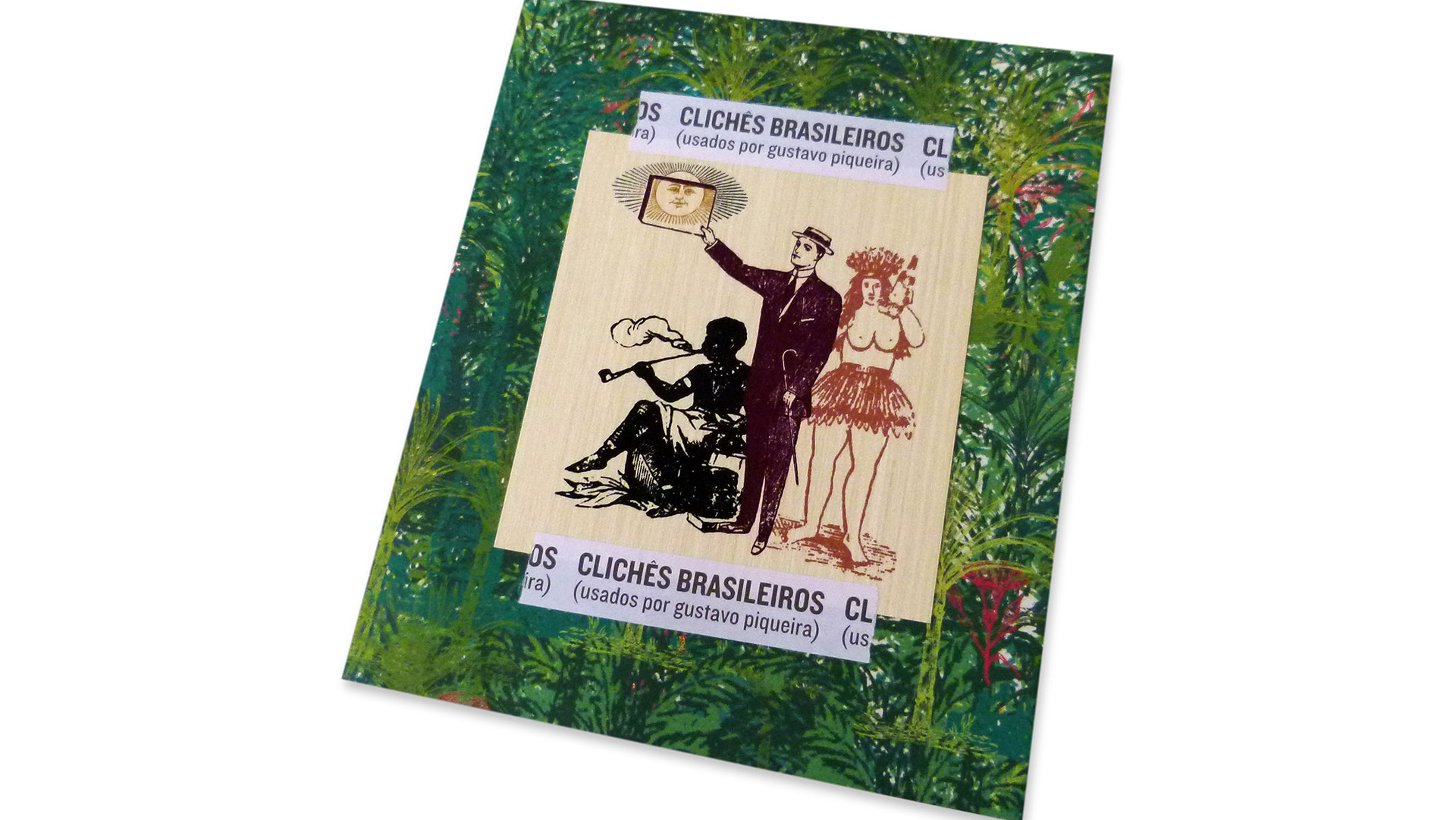 “The images from the old catalogue of Brazilian letterpress clichés were used in collages which created a contemporary visual narrative of Brazil’s history,” explains Piqueira. In “Brazilian Clichés,” he creatively weaves the original illustrations together, using each page as a canvas to relay another twist in Brazil’s own story.

“Historical ones, like the arrival of the Portuguese, the catechizing of native Indians, coffee and gold economic cycles… it even includes contemporary Brazilian clichés, full of traffic jams, debts, closed condominiums and alienation,” he says. 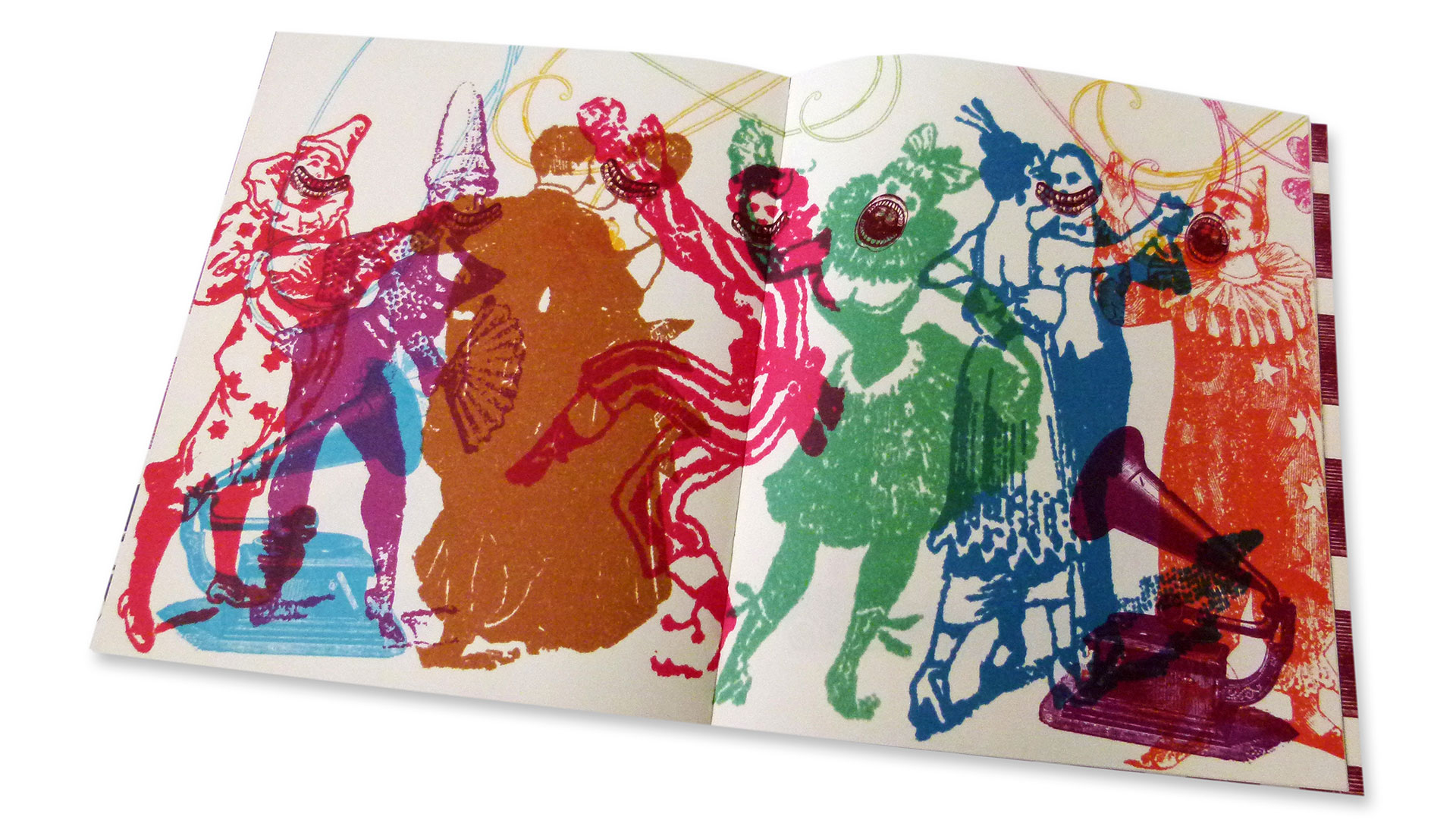 To add to the historical appeal of the book, Piqueira used an exposed Coptic stitch to bind the book’s contents. The Casa Rex team then finished all 1,000 copies of the 112-page book by securing a silk screened piece of wood veneer to the cover with a custom silkscreened adhesive tape.

The jubilant look and feel of the finished work brings a critical eye to a vibrant nation’s history and personality in a fun and beautiful way. 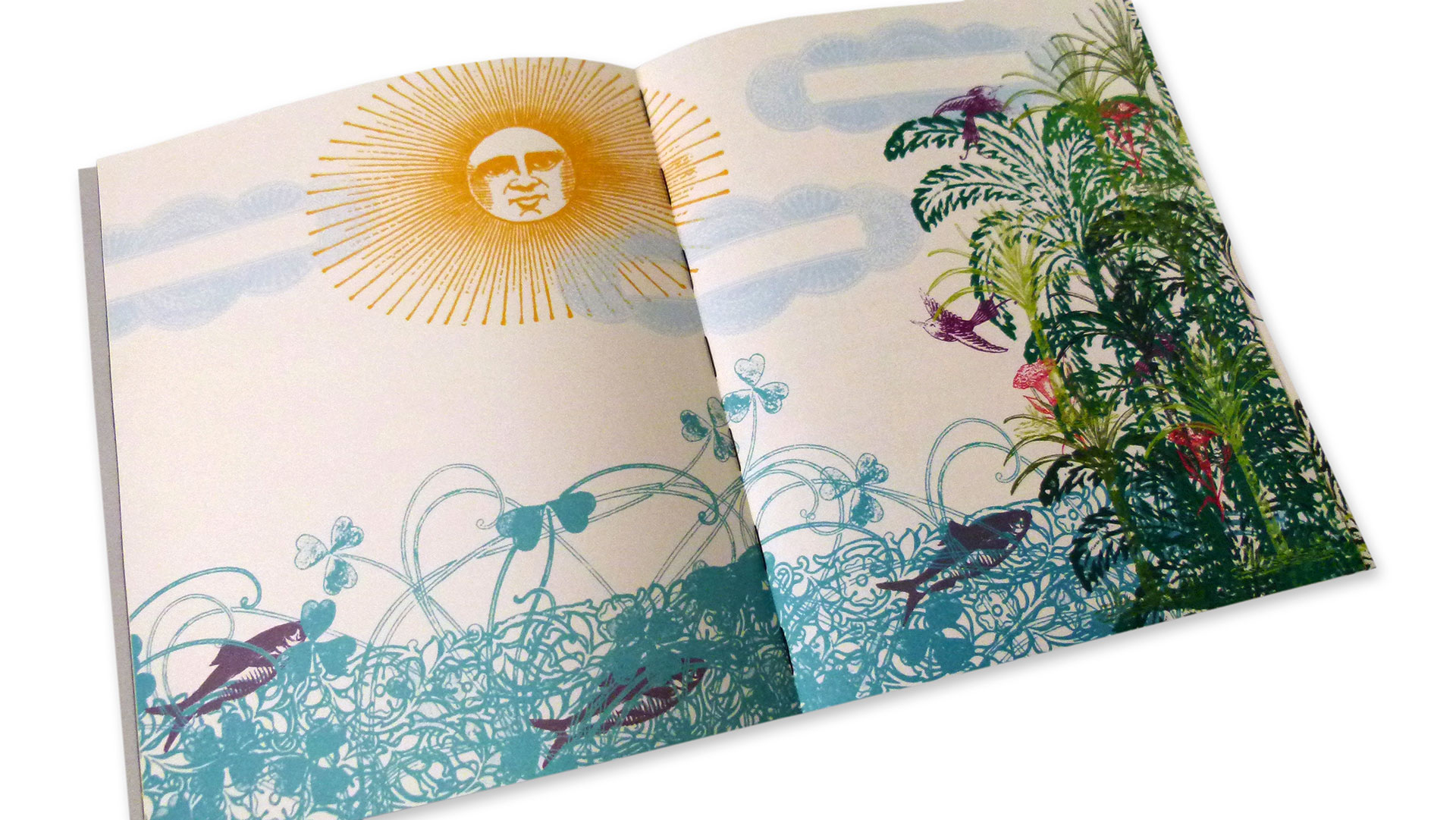 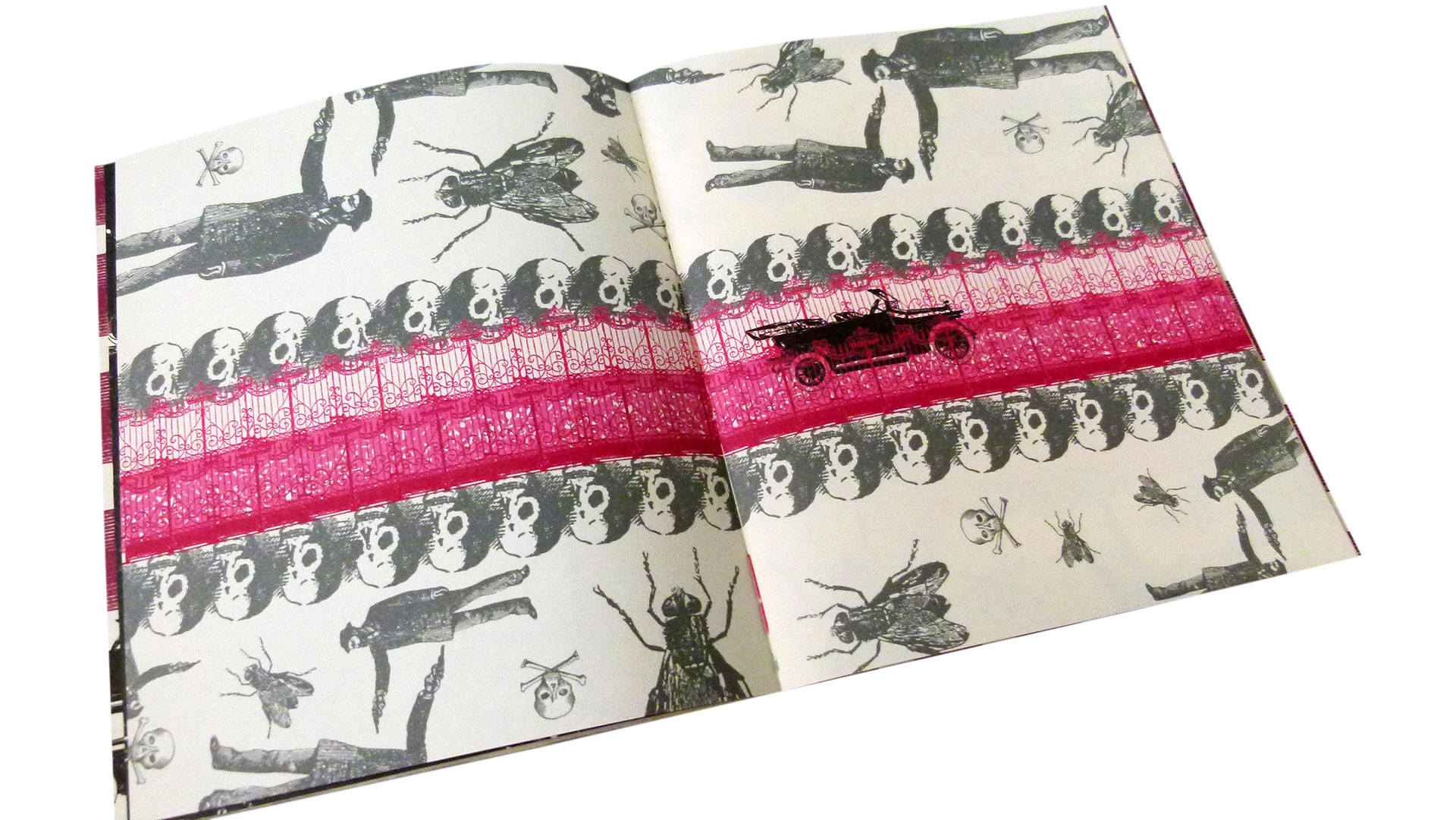 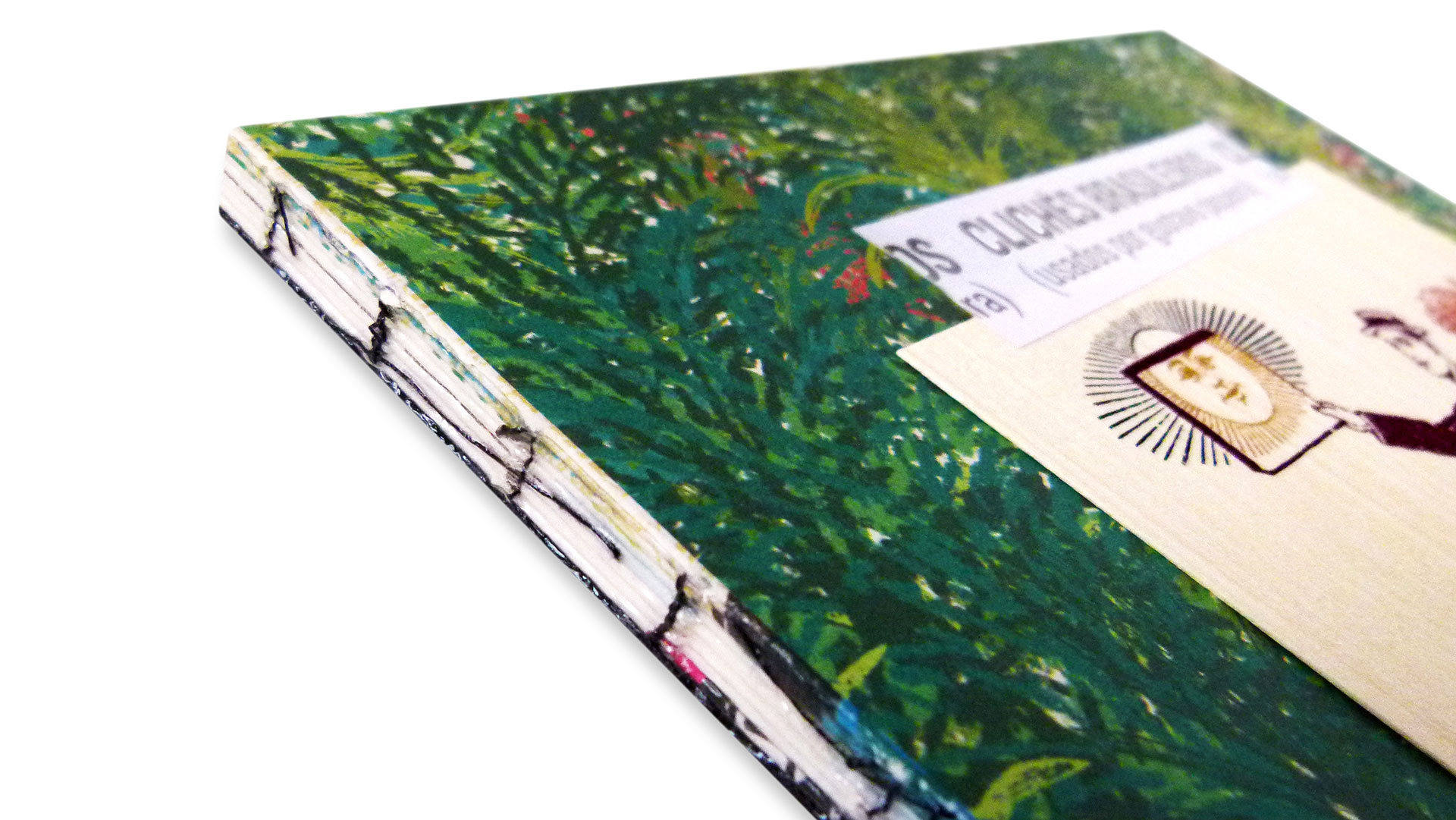 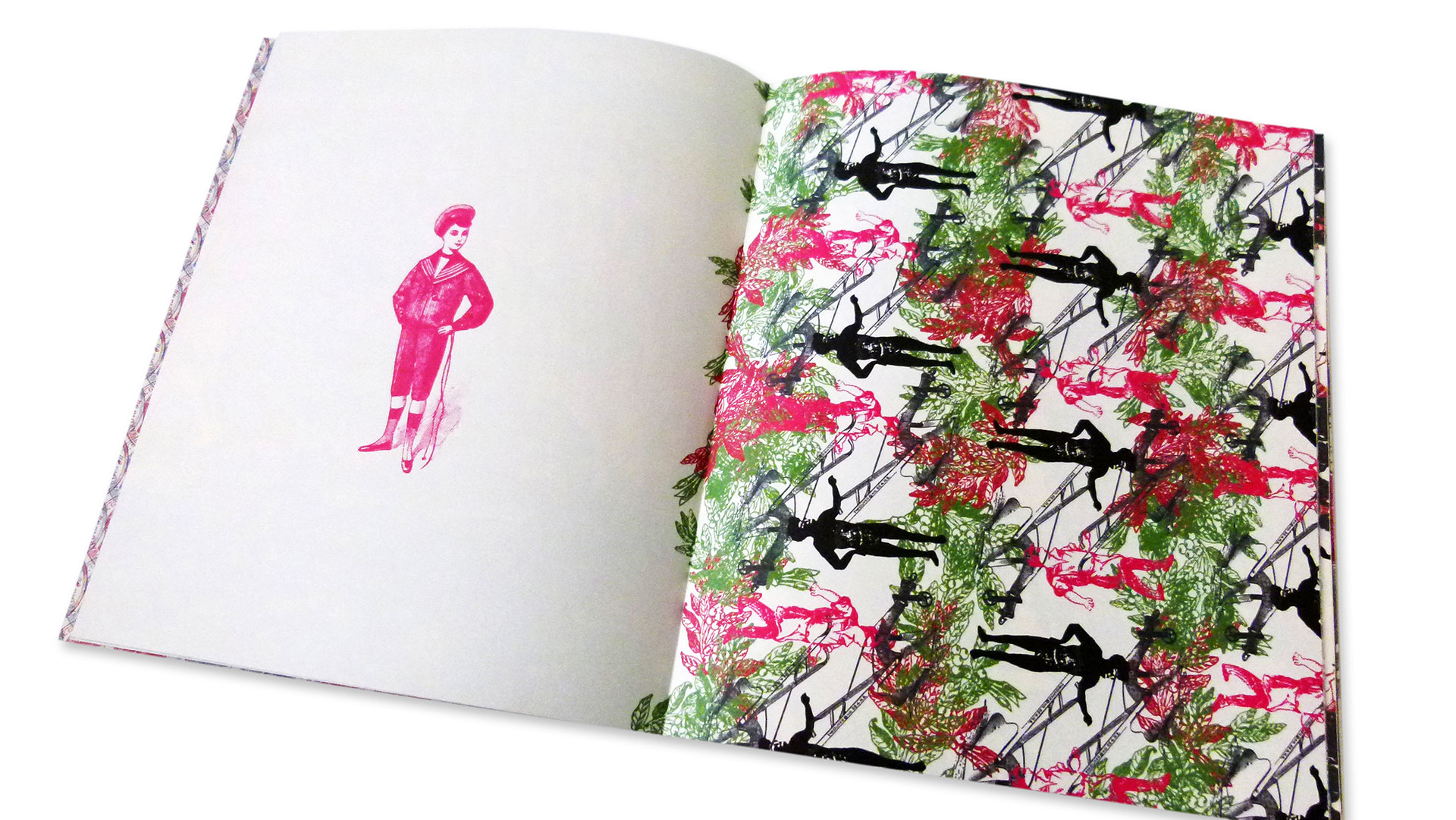