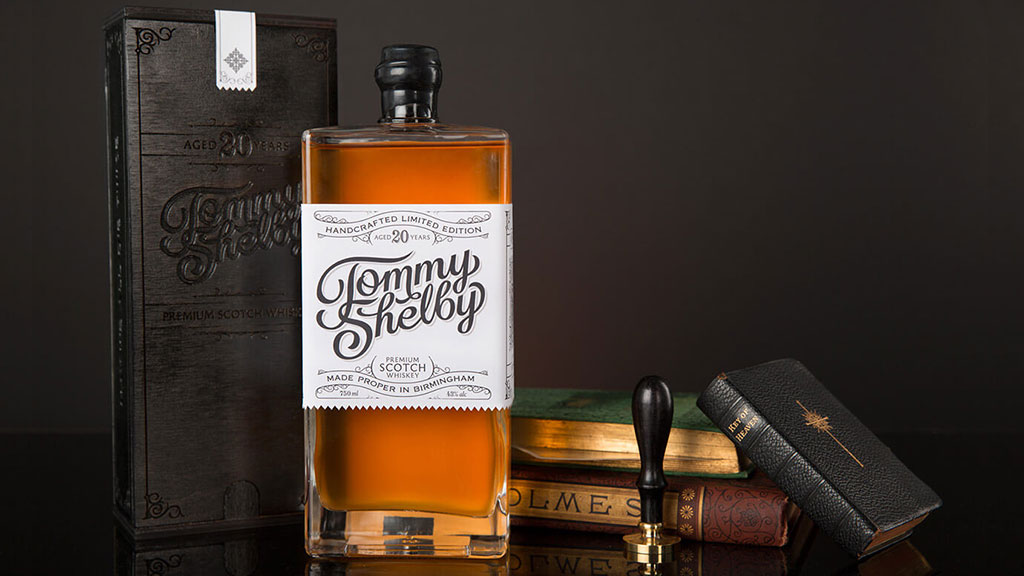 Netflix has much to answer for: entire days lost to binge watches, marital discord over movie-night choices, and forcing designer Scott Biersack to take to the bottle. That last bit isn’t quite as tragic as it sounds, he explains.

“I’m completely obsessed with the new hit Netflix series ‘Peaky Blinders.’ It’s a British historical crime drama based in 1919 Birmingham, England… I had an urge to develop a hypothetical whiskey brand named after the mob boss and main character, Tommy Shelby.”

Thus inspired, Scott located a suitably historic-looking liquor bottle or two and got to work designing a whiskey label suitable for the post-WWI criminal kingpin. Choosing to keep the overall look extremely clean, he nevertheless got quite a bit of oomph out of it, particularly the way the filigree on the bottle’s side plays off the sawtooth bottom edge. And my goodness that logo mark…! 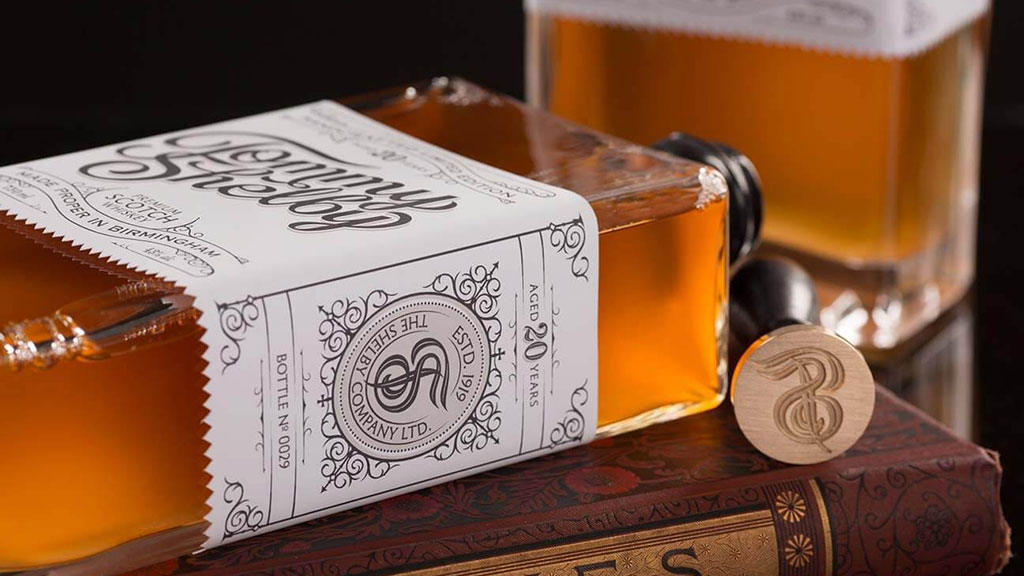 And lest you think Scott took any half-measures here, “just about everything was created by hand,” he explains. “I hand-cut the bottom sawtooth whiskey label, hand-dipped the wax seal, and cut and painted the box packaging.” He also filled the bottle with apple juice to save some cash.

“I discovered just how much time goes into package design and how much knowledge and experience is involved with creating something so complicated,” he confides. “Lots of die-lines, multiple test prints, laser-cutting mishaps, crumbling wax seals, etc. After all the trial and error throughout each stage of this process I learned something new. It was great!”

And so, basking in the majesty of this snazzy packaging for a liquor of the imagination, we raise a glass to Scott and Peaky Blinders’ own Tommy Shelby: “To crime, gentlemen…so long as it’s well designed.”Save 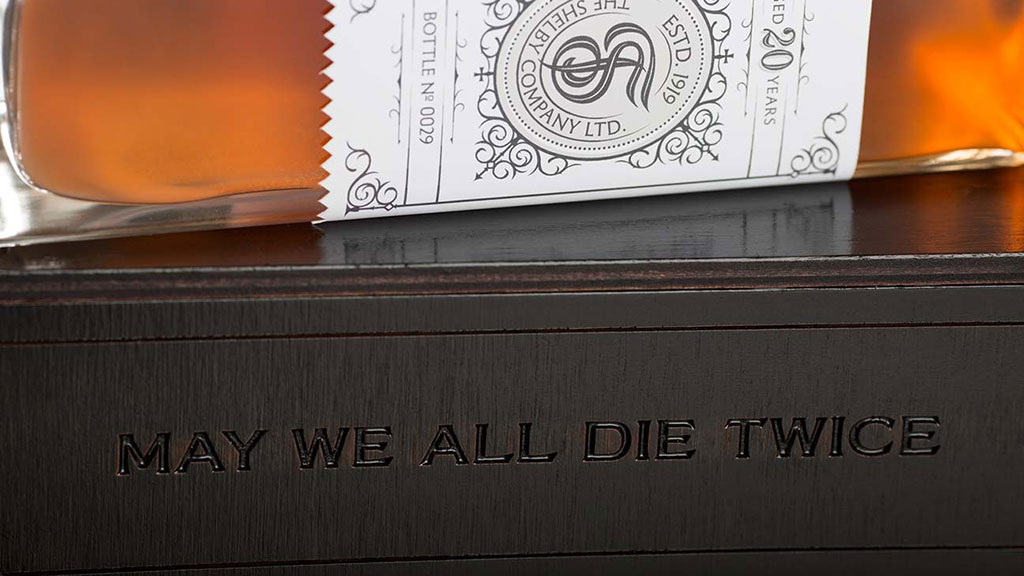 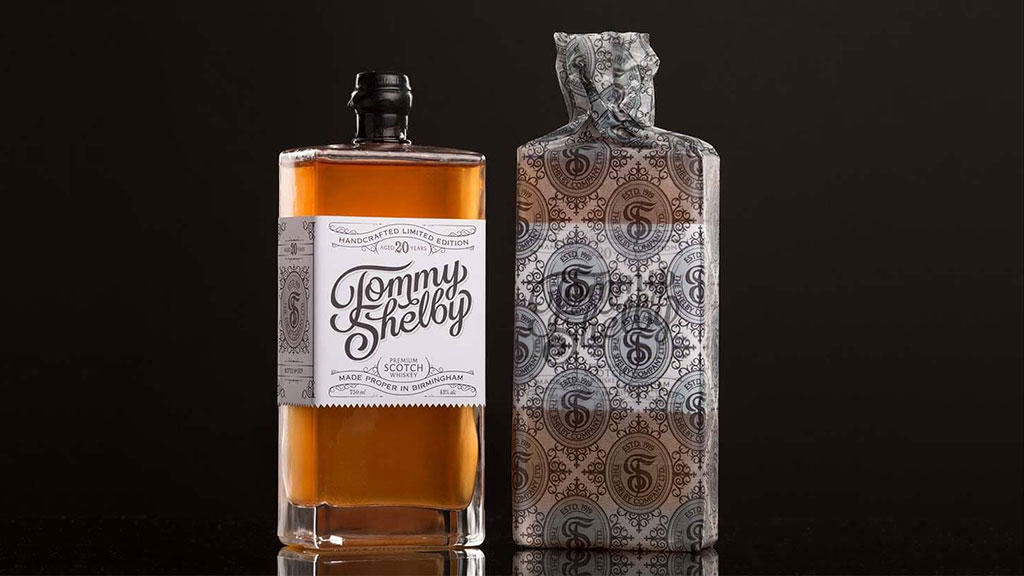 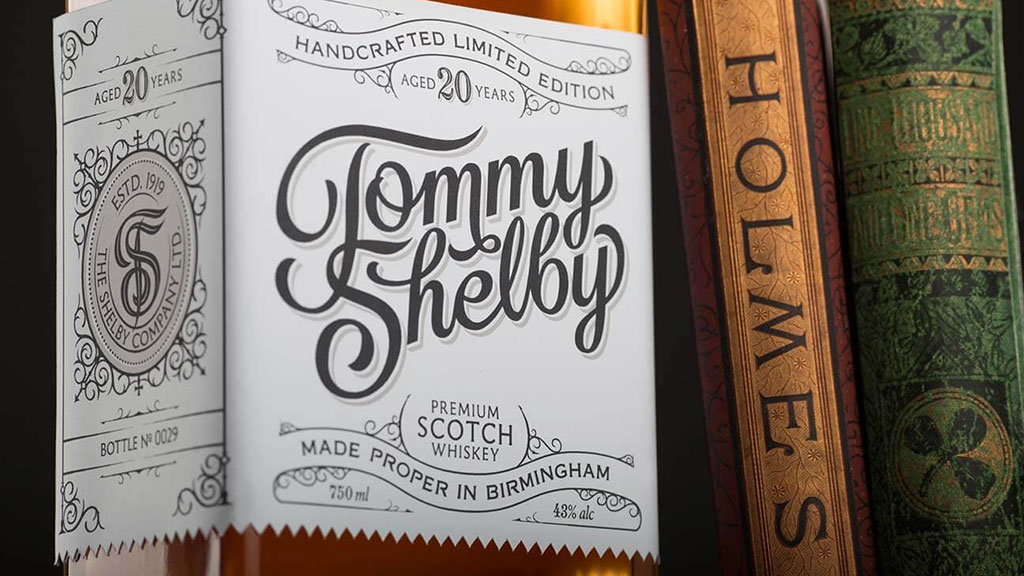