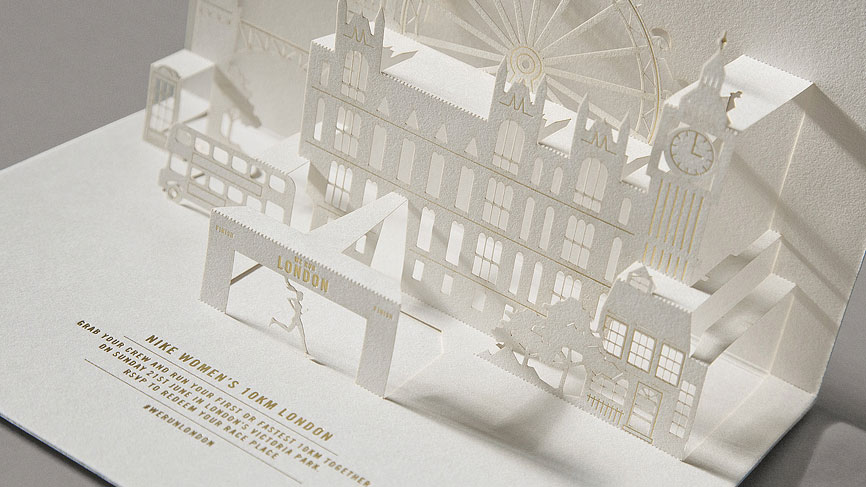 With this project we deepened our knowledge in combining different — and apparently fighting — techniques.

The London office of communications agency Exposure enlisted the help of Verona, Italy’s Happycentro to design and produce a limited-edition invitation for a Nike-sponsored women’s marathon in London. Nike wanted the invitation to speak for itself, so Happycentro suggested a minimal but elegant approach.

The invitation opens to reveal laser-cut pop-up images of London’s most famous landmarks. The minimal design and use of only two colors — glossy gold and glossy black — puts the London skyline in the starring role. 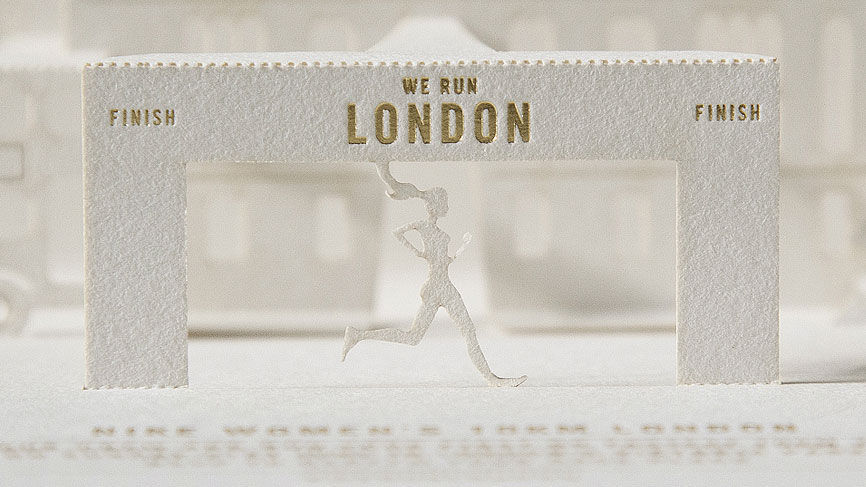 “When the agency contacted us it was clear they needed a paper engineer. We put together some inspirations coming from origami and kirigami, which are Japanese techniques we started experimenting with some time ago,” says Happycentro’s Federico Galvani. “Then…we decided to focus on the design of the invitation, with a minimal approach both in designing building shapes and those subtle special coatings to sparkle it up.”

Happycentro employed the expertise of several different printers for laser cutting, hot foil stamping, and paper processing and finishing for the 200 invitations and bespoke envelopes. The final product was printed on Fedrigoni Materica Gesso, paired 360 + 290 gsm, all hand-folded and assembled. 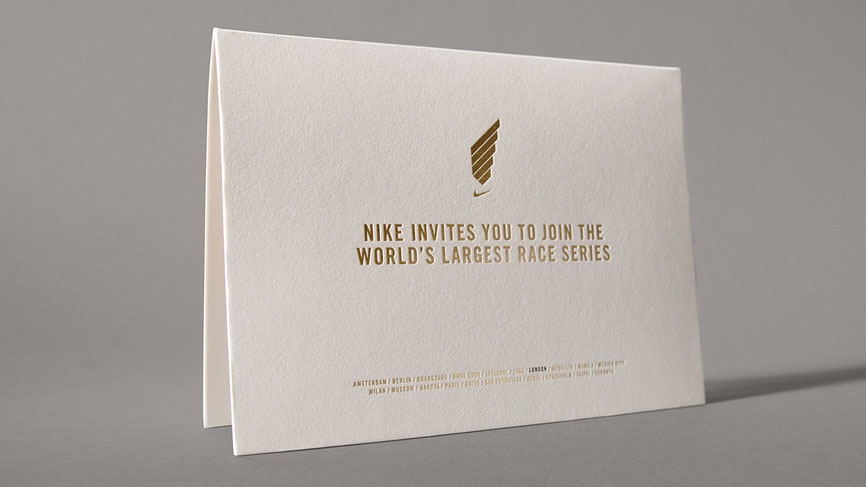 The firm chose to create a paper invitation over digital because “we wanted something that just by touching could give the recipients a warm, special, unique feeling, since these are 200 very limited-edition invitations,” Galvani explains. “And paper — especially that paper — is unique! It is itself a great paper, and is capable of accepting both a laser cut and hot stamp.”

All of this was achieved in just three days, an impressive feat for such a technical project. Says Galvani, “We designed the skyline, tested the mechanism of the six different foldable layers, laser cut all the invitations, applied golden foil for architecture details and texts, and hand mounted, one by one, each kirigami to its cover.” 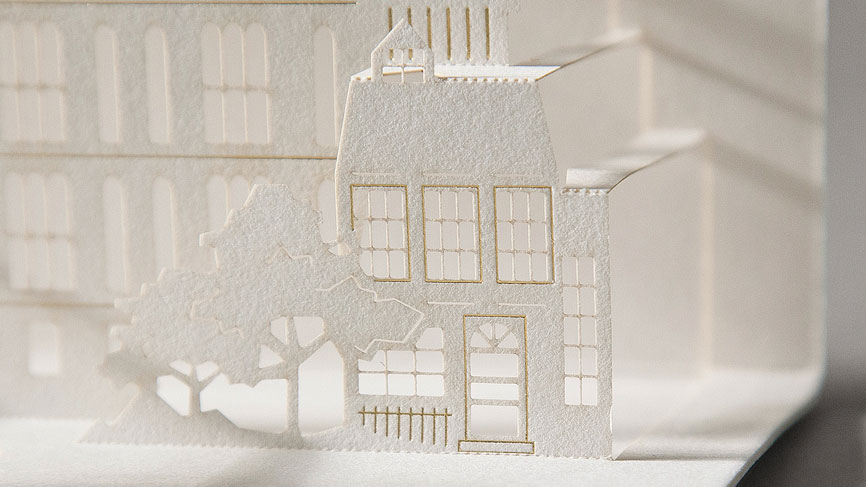 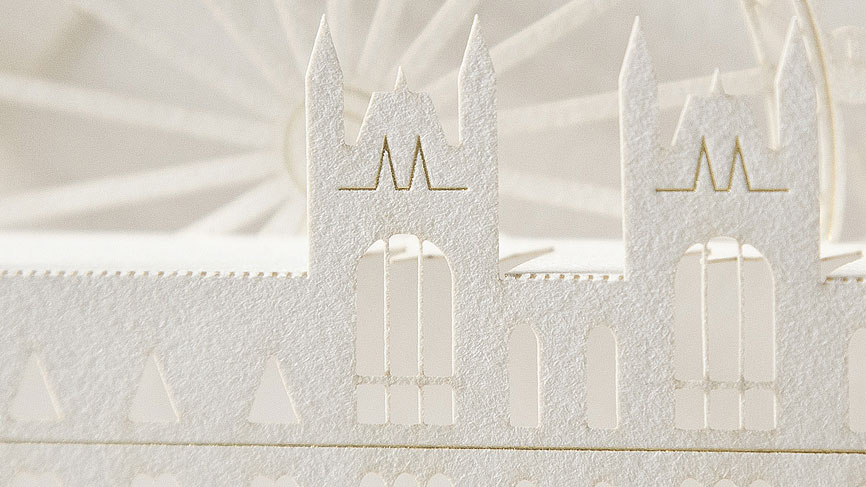 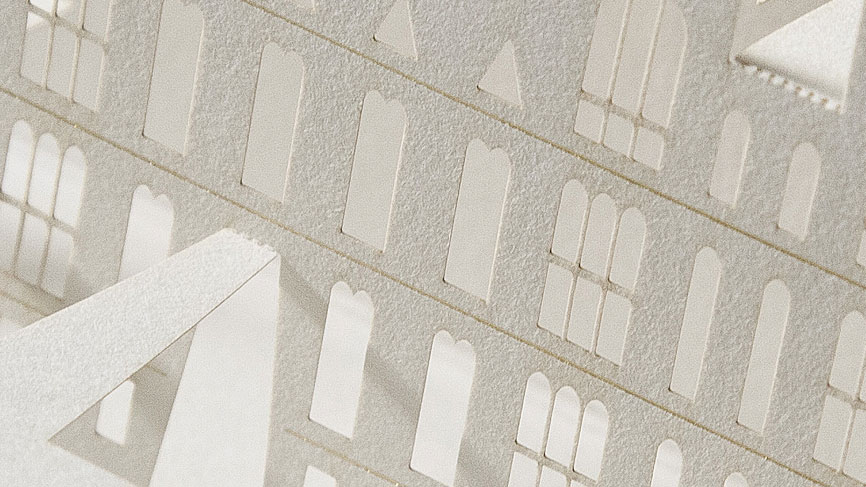