The Sumatran tiger is not doing well. So much so that there are only 400 left in the wild. That’s why the annual fundraiser by Sydney’s Toronga Zoo back in 2010 sought to raise as much money as possible for their conservation. So far, business as usual. Yet it was the event invitation and program that Sydney’s Another Colour came up with that ended up becoming something far more than a simple answer to a nonprofit’s design brief.

We’re going to quote liberally from UnderConsideration here because this was their discovery, and more power to them:

“As the invitation was opened, the 400 Tigers were presented as a collection of gold silhouettes: the invitee literally holding the entire population of wild Sumatran Tigers in their hands. We used gold and black foiling on black card to represent the distinct colouring of the Tiger. An illustrated face of the Sumatran Tiger was used as a motif for the event, printed on invitations, programs and decor.”

Some $430,000 was raised by the event as a result, and we can’t help thinking that a design for nonprofits bar was raised right along with it. 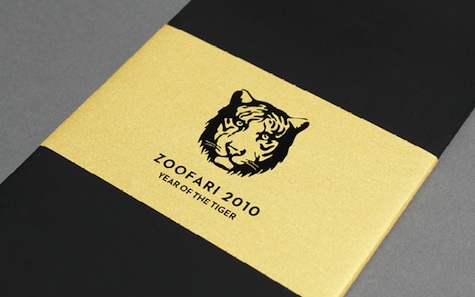 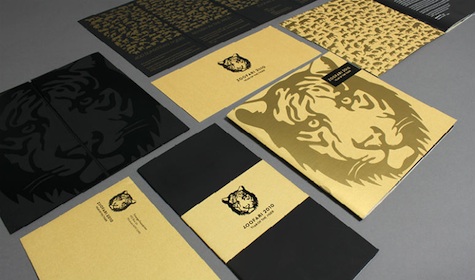 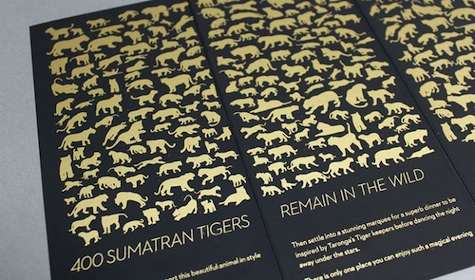