Artist Thomas Yang is at it again with his latest masterpiece, The Forbidden City, depicting that national treasure of mainland China. As before he has used tracks laid down by strategically placed bike tires to do it. And as before he’s limited the print run to just 100 copies…which have already sold out. (Rats!) You can, however, purchase an “artist’s proof” copy for $135, which are limited to 50-75 prints but not considered part of the 100-print run. 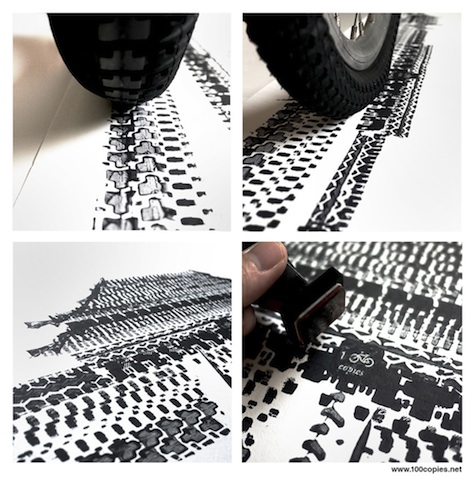