Why Yes, We Do Work in a Cartoon

Frankly, it never even occurred to us what the ideal creative space would look like for a design firm. And then we got an eyeful of Wieden + Kennedy’s London front window – no stuffy cubicle here. Hello style!

Commissioned by W+K to transform their display window into a community outreach space, 3D artist Laurie D and graphic designer Emily Forgot (née Alston) did just that. In addition to passers-by, those around the world can also watch the agency staff take turns working in the window courtesy of a live Internet feed (recently ended). Inspired by the works of Roy Lichtenstein and George Snowden, the pair let their imaginations run wild. 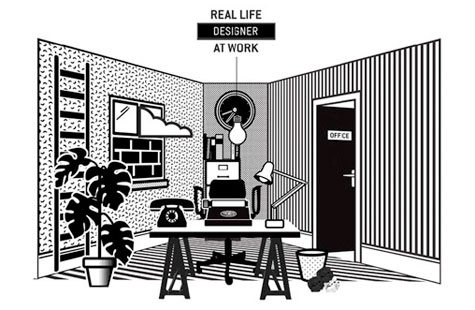 “I quite liked the idea of the window looking like an over-sized comic book…(hence lots of heavy black outlines),” Emily Alston told Creative Review. “Lichtenstein coincidently had his retrospective on at the Tate when I was working on the initial design, and Snowden’s room drawings inspired me to use lots of pattern…”

The touch of genius: Laurie D’s 3D touches to Alston’s 2D, comic-like renderings, including a lamp that turns on and off, a clock that runs backward, and a phone that rocks in its cradle as if ringing. 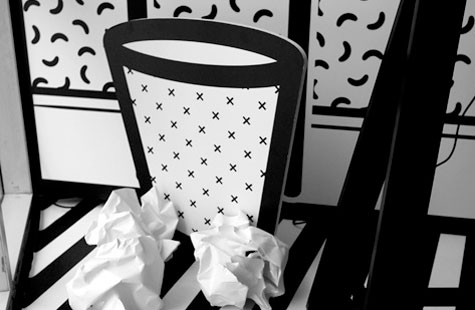 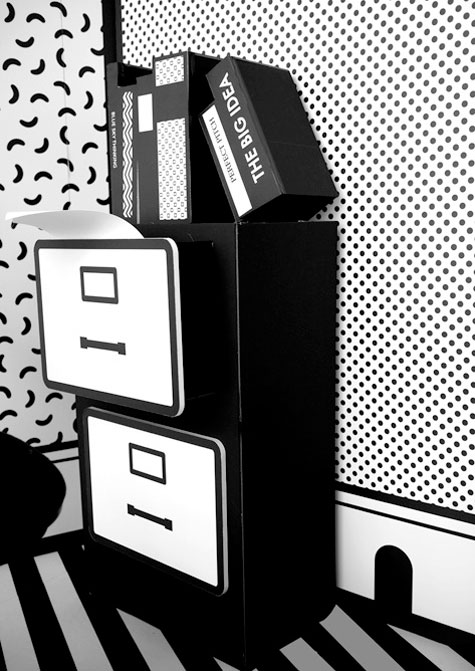 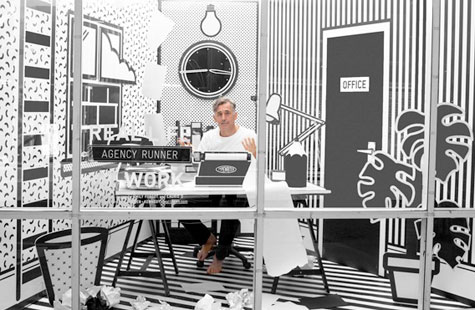 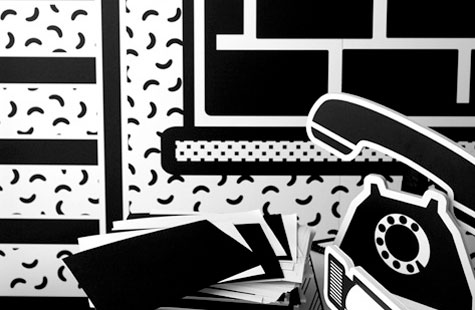