We know we must be missing something…I mean we do occasionally miss something, especially this close to the holidays. But we’ve read this little 68-word story over and over again, and the only way we can interpret it is like this: the White House prevailed upon an online card company to make the official 2013 White House holiday card.

Not that there’s anything wrong with that, necessarily. In fact, we find it kind of touching to picture Barack, Michelle and the children gathered round daddy’s laptop, gazing with wonder at the PopUpCards.com homepage. We can see one of the children pointing excitedly at the 3D card the service made for The Greenbrier (below right) and exclaiming “We could do that with our house!” 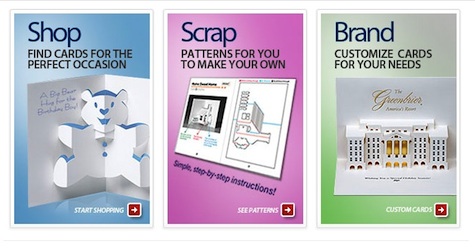 And of course the economy is on life support and there’s a war on (we think there’s a war on…there’s always a war on) – so good on them for prevailing on a humble e-tailer rather than some uber-expensive New York boutique for this year’s card. From what we can tell from photos, it looks quite nice: a simple, tasteful piece of official communication, absolutely.

It’s just that we kind of like to think that a little magic goes into such official missives – maybe a master of paper arts who is called out of retirement every year to whip up something really exquisite. Picturing the leader of the free world clicking “Add to cart”– it’s kind of like catching your father dressing up as Santa Claus. 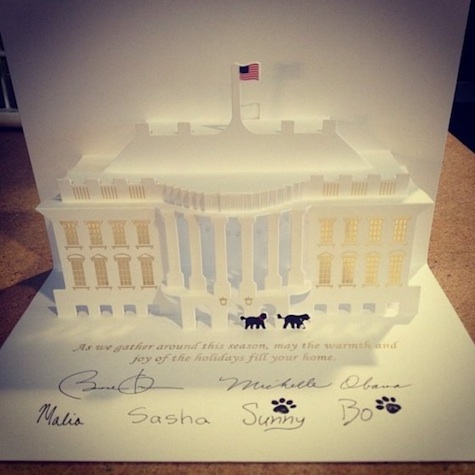