If you’d like to catch a glimpse of the future, look no further than Japanese culture. After all, those in the island nation were enjoying multimedia content on their cellphones when we were still gushing over text messages. Today’s craze? A paper day planner, which is about to make its English language debut next month.

Of course the nation that gave us origami and (swoon) Midori paper doesn’t get hung up over just any old Franklin Covey knockoff. The Hobonichi Techo – produced by, of all things, a Web media site – is part appointment book, part diary, and part security blanket.

This PingMag interview with the planner’s creator makes it clear that the product is pitched – and perceived by users – as more of a portable paper companion than a utilitarian aide mémoire. Tumblrs devoted to its use show that its fans cut and paste magazine photos, ticket stubs and other items between their covers like a pocket-size Smash Book.

Yet, in a market already choked by Moleskines, DayTimers and the like, the Hobonichi Techo has its work cut out for it in North America and Europe. Still, there is something comforting about seeing the land that gave us nearly every major technological innovation now embracing a well-designed paper planner. 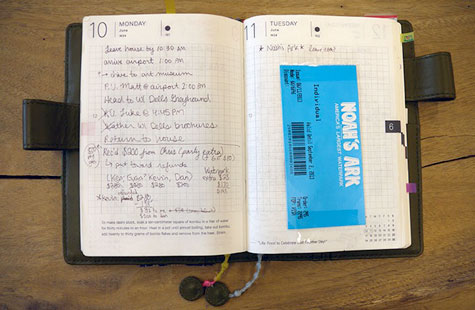 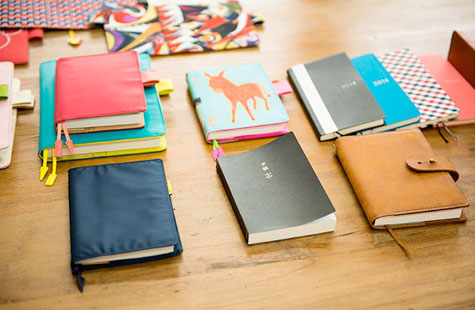