As we gear up for the new PaperSpecs free Webinar, “Hot New Design Tools for Digital Print,” we suddenly recalled an early use of digital printing that completely unnerved us the first time we saw it.

It was June 2004 and the idea of printing different content for different recipients was in its infancy. A little magazine called Reason planned to run a cover story on what it called “Database Nation,” a near future where all content would be targeted to each user, and privacy would be a thing of the past. 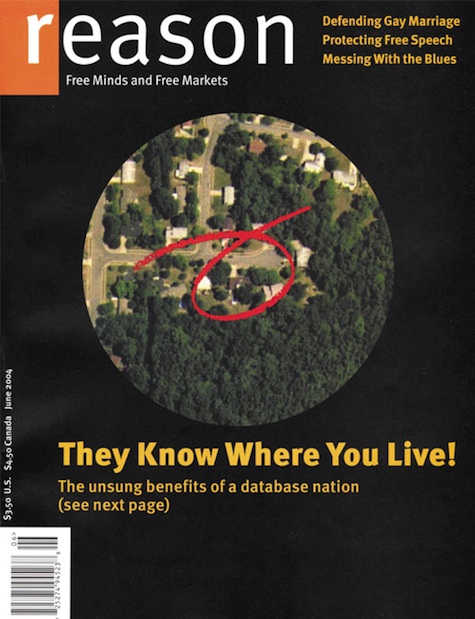 And to drive the point home, it used the latest technology at the time (note this was a year before Google Earth debuted, and three before Google Street View) to print an aerial shot of each recipient’s home on the cover of that person’s copy of the magazine: more than 40,000 unique copies in all. Ads were also tailored to each recipient’s locality.

Frankly we didn’t read the story – there was not going to be anything in that article that would pack as much of a punch as that one image. (Shudder.)