We’re not altogether sure what’s been going on in the offices of Sagmeister & Walsh, but they now seem to be luring other designers into their increasingly whimsical larks. It began with principal Jessica Walsh’s social media project 40 Days of Dating with friend Timothy Goodman. (About which we’ve had a heated LinkedIn discussion going for more than a week now.)

Now Sagmeister & Walsh have created a five-part game show (!) called Sagmeister X Walsh Adobe Remix, in which the pair compete to create the most imaginative version of the Adobe logo using extremely unconventional items. (No word on whether this is something being financed by Adobe, but the pair have done design work for the company before.) 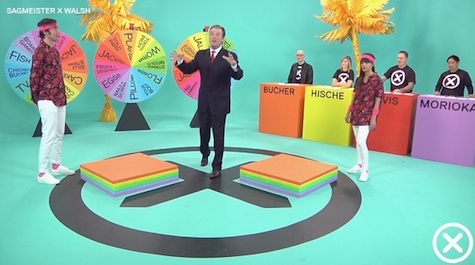 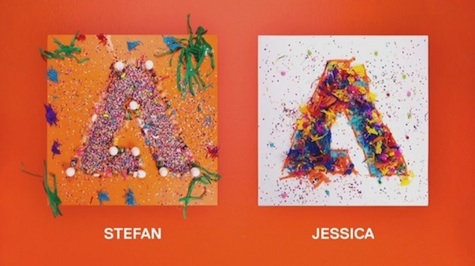 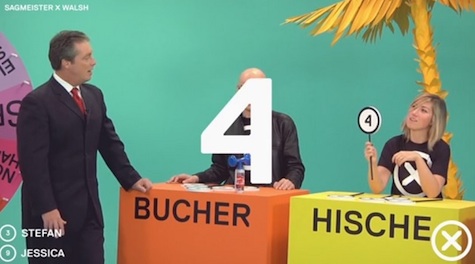 To date, three episodes of the show have been posted online. Below is the first. All episodes can be found here.