When the Grammy-winning Dave Matthews Band put out the call to its fans to create original merchandise for its summer 2013 tour, artist Ben Whitesell designed a concert poster with a difference. The colorful 16-by-20-inch print not only lists the band’s tour dates, but fans can also actually cut out and fold their very own band tour bus.

“I included numerous easter eggs on the van’s exterior including names of the band’s studio albums, a bumper sticker for each of the summer tour cities, and the band makes a cameo through their instruments,” Whitesell told Talenthouse. 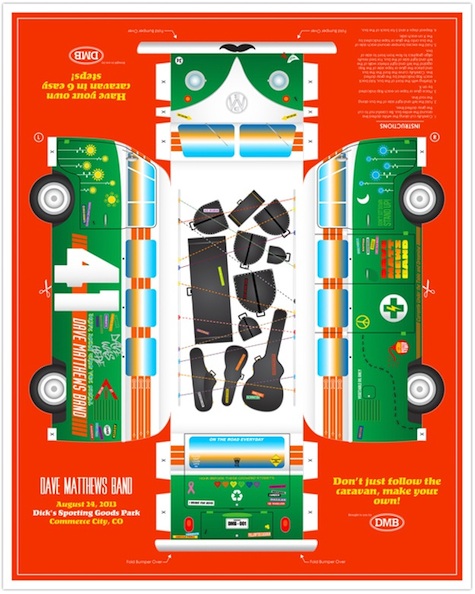 The poster was commissioned by the band’s merchandising company, Red Star, and sold at its Commerce City, Colo. show, and later through the band’s online store.

For his efforts, Whitesell bagged two VIP tickets to the Dave Matthews Band show of his choice and $1,000. 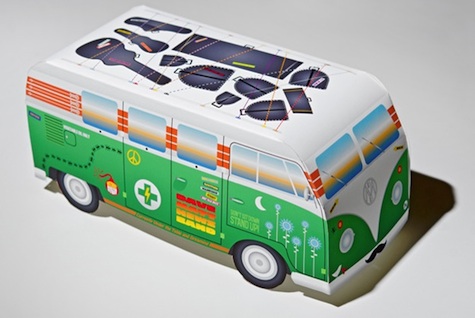