A long time ago, in that time far, far away, when absolutely nothing was leaked online because there was no online on which to leak, foreign designers whipped up their own official posters for the theatrical release of Star Wars. This began in 1977 after all, and the designers in question were sent a few illustrations, and little more direction than “go off and make a poster.”

The results, collected for the first time by website So Bad So Good, is a tribute to these designers’ creativity, and to the complete paucity of material George Lucas and 20th Century Fox were willing to send overseas in the first place. 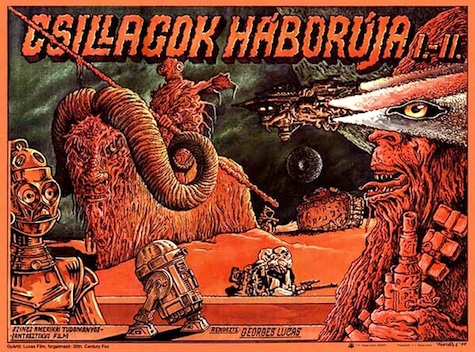