“I don’t feel that there are many designers in the world who are really good at understanding strategy and then are able to translate that strategy into design.”

Since founding Chase Design Group in 1986, Margo Chase has consistently produced and led award-winning work in many areas of design. Recognized worldwide for her skill with custom typography and identity development, Margo is dedicated to creating client success through high-quality, intelligent creative. She has designed everything from the logo for the TV series “Buffy the Vampire Slayer” to identities for Target products and Madonna albums.

How did you get into this business?
I got started by accident really. I was a biology major in college, studying to be a veterinarian. And in the attempt to keep my grade point average high enough to get into one of the few really good graduate schools, I took an illustration class that turned out to be part of the graphic design curriculum. And I fell in love with it. It was the easiest “A” I ever earned.

As a result, I decided to change my major and I went to graduate school in medical illustration, which I thought would be the best of biology and the best of the creative part of design. I studied two years doing master’s work at the University of San Francisco, and realized it…was not very creative, at least not in the sense that graphic design is, in terms of the self-expressive, problem-solving areas of design, which are the parts I love. 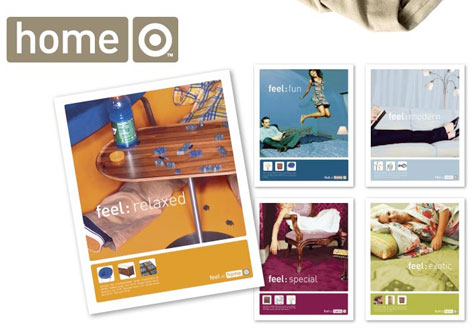 The more educational part of medical illustration is primarily to portray a particular surgical process, or a disease in a very understandable way for, say, medical students. And so the people doing that spent a lot of time in hospital basements, and it didn’t sound like a good job to me, so I tried to get a job in design.

I moved to Los Angeles and started looking for a job in sales. I ended up starting my own business. It really happened inadvertently. I was soliciting freelance projects where I could find them, and that gradually built into the firm [Chase Design Group] I have now.

The first projects I got were for a publishing company called Rosebud Books here in LA. They published primarily tourism books, and they owned Architectural Digest and several other publications.

Shortly after I started working with Rosebud, some of the people on their staff left the company and went to work at Warner Records. They started hiring me to do logo design and lettering for album covers. That led to my doing pretty much full-time music-oriented work as an independent designer. I never had a job offer from any of the labels, but I did a lot of work for Warner Bros. Records, Virgin Records, Sony, EMI, Capitol Records, you name it. In fact, for 10 years that’s about all I did.

How do you find clients?
A lot of the business comes to us from what I like to call “magic phone.” People who have heard about us in one way or another, or have seen our work somewhere, or have been recommended to us by someone, just call. We have a person who does PR for us and we spend a lot of time cultivating current clients to increase the amount of work that we do for them. We also have several people who help us in new business development.

What does it take to be successful?
I think the major key to my success is the fact that I’m stubborn. I’m competitive and I don’t like losing. I like being successful and I don’t like doing things that I don’t do well. That’s probably true for most people who are successful, although I’m not necessarily sure that’s entirely true of designers in general. I believe it’s true of anyone who’s really good at what they do. They’re committed and maybe a little OCD about it.

What’s the accomplishment of which you’re most proud?
I’m most proud of the fact that I have a business that’s successful and employs talented people, and that I get to come here every day and hang out with people I like.

What would you do differently given the chance?
I spent a lot of time, especially in entertainment, doing self-expressive, personal design. It was work that I really liked, but it wasn’t really contributing much to the business bottom line. The entertainment business doesn’t encourage that kind of thinking because strategy isn’t really required…. People don’t make money doing music packaging beyond a certain point because the album design has a minimal business impact on sales. It helps, but people don’t buy a Madonna album because of the album cover. They buy it because of Madonna. After a certain point, design can’t change people’s behavior, and therefore it’s not valued very highly. 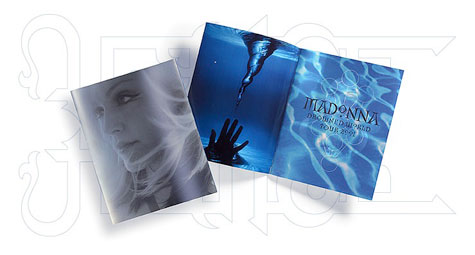 If I could do it over again, I would have more quickly become involved with clients in a discussion about their businesses and about how design can help them achieve their goals, because I believe that design can have a huge influence on consumer behavior, and on the success or failure of sales of certain products, and on companies in general. Until I finished with entertainment, I never really got a chance to test my theories about that.

Where do strategy and creativity meet?
I’ve always been interested to explore ideas about what design can do, the changes it can create. Now we focus much more on consumer products and brand development. These areas are places where design has a huge potential impact on the success. As a result, I think we’re getting a bigger playing field between the strategy and the creativity, which are the things I love most. I don’t feel that there are many designers in the world who are really good at understanding strategy and then are able to translate that strategy into design. There are design firms that really do well in one or the other, but few can really do the magic that happens when the two come together.

How important are consultants and business coaches?
Over the years, we’ve hired consultants at different times and they were really helpful in some ways. For example, we needed to watch how much money we were spending on payroll, and being aware of how much producing the work was actually costing us compared to what we were earning. These sorts of issues I had no idea about early on. I thought that if we were busy, things really must be good. (Laughs.)

What would you tell someone new to the industry?
I’m not really sure I could suggest how someone might become a success in this industry. My path is not really repeatable, and maybe nobody’s path is. It’s not like there’s this process or success formula that someone could really follow. The only thing I can say is that someone new to the industry should first figure out what they do well. Stick to that, and hire people to do the other things.

I would say pay attention to the business side as much as the design side. I got a lot of recognition early in my career without doing any of the things I’ve been saying. A lot of my success was me being in the right place at the right time and being given the chance to work for really visible entertainers like Madonna and Prince. I was fortunate to be able to ride on their coat tails and take advantage of an opportunity when it landed in my lap. That kind of recognition is almost impossible to get on purpose.

But you don’t have to have that sort of luck to be a business success. I have a lot of friends who run design firms who make way more money than I do, and they’re names you’ve probably never heard of. And they’re quite happy.

How do you keep your life balanced?
I fly and I started competing in acrobatics this year. I do that on the weekend. I’ve been flying altogether for about three years since I got my pilot’s license, and I started flying acrobatics last year. It’s like a roller coaster on steroids.

Copyright 2013 Will Sherwood. This article reprinted with permission.